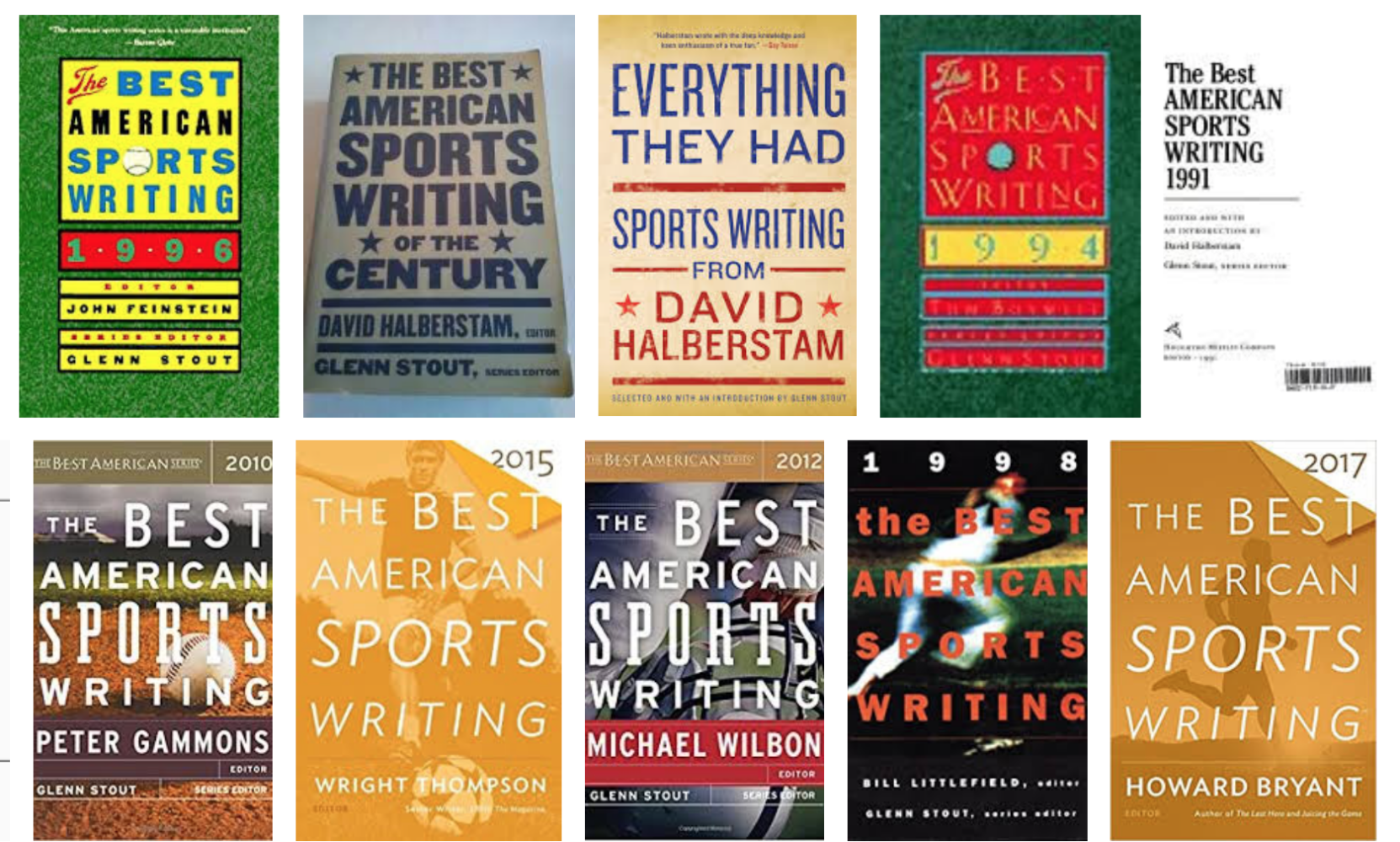 So, against all odds and logic, I’ve been named the guest editor of the next edition of the Best American Sports Writing.

Like most people who have been around, I’ve won writing awards here and there. This, however, is something entirely different. I grew up religiously reading the Best American Sports Writing series. It was, along with Zander Hollander’s annuals, my yearly bible; a chance to study, probe, understand the nation’s top scribes doing something I couldn’t at an extremely high level. I would anxiously await the announcement of the new editor—would it be David Halberstam or Rick Reilly? David Maraniss or Richard Ben Cramer? Frank Deford or Dan Jenkins? I mean, you’re talking about a murder’s row of legend. One tremendous scribe after another.

Now, I am 100 percent aware I’m not of that caliber. But, when the offer came, I actually squealed. Literally, I turned to the wife and let out an embarrassing little eek. Why? Because, even if I’m no Deford, I’ve busted my ass in this game for a long time. So stuff like this, well, it means a great deal.

The fantastic Glenn Stout has headed the Best American Sports Writing effort for a long time, as he does now. For submission guidelines, visit here. Also, I’m wiiiiiiiide open on this. If you’ve read something in 2017 that really moved you, or caught your attention, hey, lemme know. I’m at anngold22@gmail.com and @jeffpearlman on Twitter.

This is a genuine honor for me.

I’ll try my best to do right.

PrevPreviousSympathy for the pig
NextMemories of a very gay new yearNext