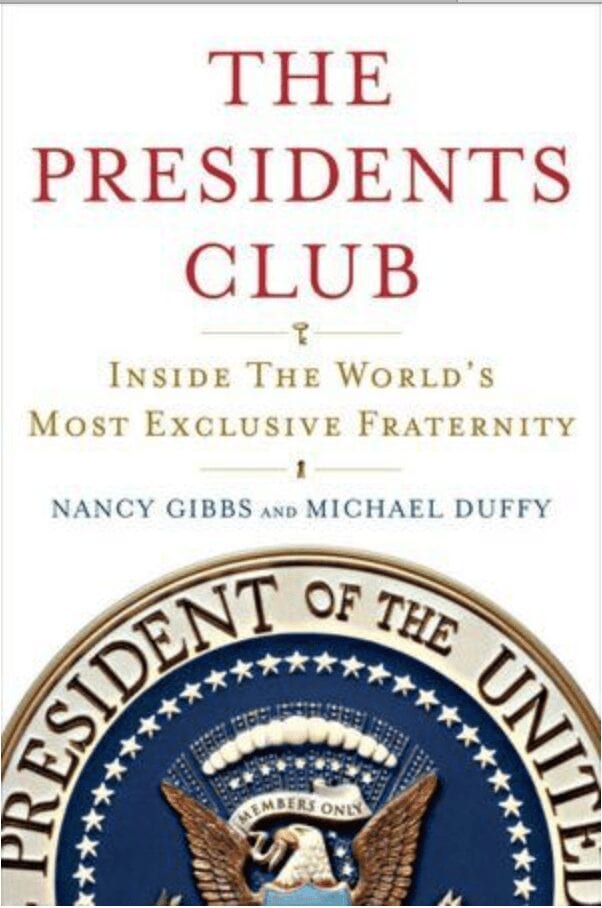 Just wrapped “The Presidents Club” by Nancy Gibbs and Michael Duffy, which goes down as the best book I read in 2017.

Now, I should note that, in my line of work I read plenty of books that exist on my shelf out of task obligation, not choice. Meaning, if I’m writing about, say, the USFL, most of my reading will concern the league, its participants, its rulers. So when the opportunity arrives to read something 100-percent by choice, well, it better be good.

“The Presidents Club” was good.

The book is an exploration of the relationships between presidents and ex-presidents, dating back to Herbert Hoover and Harry Truman. It’s a unique deep dive into the way—pre-#MAGA conman—the holders of the officer were able to see beyond politics and greed in an effort to better the nation. Or, put different: As much as (post-election) Jimmy Carter loathed Ronald Reagan and George H. W. Bush loathed Bill Clinton, no one was eagerly willing to undermine a predecessor in the name of political gain. In fact, it was just the opposite. Hell, on Clinton’s first day on the job, he found this note from Bush …

The idea behind the book is that former presidents are the only people who fully understand current presidents, and that predecessors often turn into valuable advisers to the men in office. Lyndon Johnson, for example, milked Dwight Eisenhower’s military knowledge. Richard Nixon wanted Johnson to help deal with congress. Clinton (of all people) regularly called Nixon for foreign policy wisdom. The chain went on and on and on—those holding power looking toward those who held power.

The sad part of it all: Trump has ruined it. All of it. Not only does he show little respect for Barack Obama, Bill Clinton and the two Bushes—he openly mocks, derides and ridicules their patriotism and their records. Throughout my reading I kept thinking, “When Bush Sr. dies, will the sitting president even be invited to the funeral?”

Compare that to the events of Jan 2, 2007, when Gerald Ford’s funeral was held at the Capitol Rotunda. Back in 1976, Ford ran against Jimmy Carter in one of modern history’s most heated elections. In the aftermath, the two men had little to do with one another. Ford took Carter’s criticisms personally. Carter held little respect for the guy who pardoned Nixon. They were, in every sense, enemies.

Then, in 1981, the men (both ex-presidents) traveled together to Anwar Sadat’s funeral in Egypt. According to “The Presidents Club,” commander in chiefs No. 38 and 39 forged a genuine kinship via lengthy chatter, and went on to appear at dozens of events as not merely former commander in chiefs, but close pals.

That’s why, when Ford was eulogized, the main man to speak was none other than his chief rival.

That’s why it was Jimmy Carter.