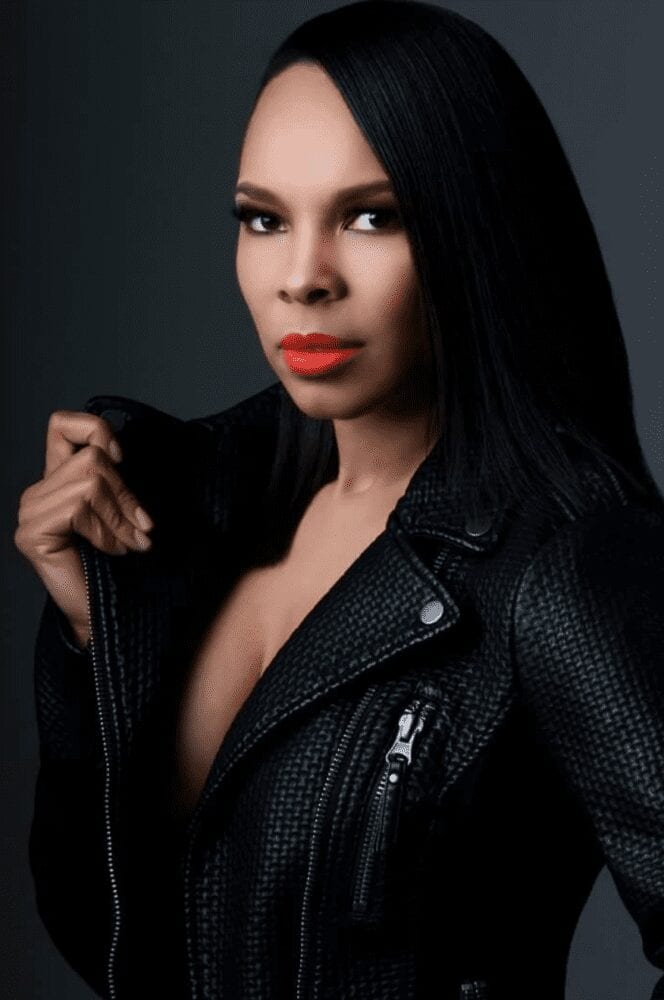 And yet, Twitter comes with some pretty great perks.

Where I found the kickass Cherie Johnson.

For those of you who recall the 1980s sitcom, Cherie played Punky’s best friend—named, well, “Cherie.” She was cute and precocious and sharp, and loved every moment of it. Unlike many of her peers, fortunately, Cherie emerged from the world of child acting to become an impressive (and sane) adult. She still acts, she’s an author, she runs a company that helps thespians with their careers. In short, she’s got her shit together.

JEFF PEARLMAN: So Cherie, you’ve done a ton of acting over the years, but to me you’ll always, first and foremost, be Punky’s pal from “Punky Brewster.” And I guess I have two questions about that—A. How do you feel about being recognized/thought of from a 32-year-old show? B. Looking back, how do you feel about “Punky Brewster” What I mean is—do you love it? Do you see it as a life changer, or more like this little lark from childhood?

CHERIE JOHNSON: Punky to me at this point is surreal! An amazing gift life gave me that has extremely shaped my life journeys. I am appreciative that I did a good enough job at bringing a character to life that I’m still remembered. I am thankful.

J.P.: Obviously you’re well aware of the #metoo movement that’s swept up a lot of Hollywood. I was wondering if you ever experienced what you consider, in hindsight, to be inappropriate treatment from men in the business? And why do you think so much bad happened in Hollywood? Was it a matter of power dynamics?

C.J.: Yes, I have been sexual harrassed but I never played along or kept quiet. Those men knew exactly how I felt the moment it happened. Did it cause me not to get hired again? Sure. So much bad happens everywhere if people open their eyes. Once upon a time, many years ago, I worked in a real estate office while trying to study to take my real estate licences and the man whom was supposed to be my mentor crossed the line much worse than anyone in Hollywood had. It happens everywhere, but for whatever reason Hollywood is put on a pedestal. Power struggle with people’s reality vs. fiction of life. This world—every walk—is filled with sexual predators and those who enable them! That’s why rape statistics are so high. Sexual assault isn’t just a Hollywood issue. It’s a world issue.

J.P.: Totally random, but in 1985 you co-starred with Gary Coleman in the made-for-TV film, “Playing with Fire.” I was always fascinated by Coleman, in large part because he seemed to be the face of the bad that comes with young fame. Looking back, what do you remember about working with him? And how you explain his sad demise?

C.J.: Gary was one of the most amazing people I got to work with. He was sweet and overprotective; a wonderful big brother type. This whole bullying thing for some reason doesn’t apply to entertainers. Gary was a great person and was never treated fairly. Unfortunately, life circumstances took advantage.

J.P.: So I know your uncle, David Duclon, was the creator of “Silver Spoons” and a producer for a bunch of shows. But how, exactly, did showbiz get in your blood? Was there a moment when you thought, “Yes! I am made to do this?” Were you always passionate about acting?

C.J.: Watching Ricky Schroder at rehearsal of Silver Spoons, I looked at my Uncle and said, “I can do that you know”. LOL—I was 5-years old.

J.P.: So you’re the author of “Stupid Guys Diary,” a chronicling of your dates through the years. And it’s largely one disaster after another—oftentimes because some guy doesn’t know how to go about dating an actress. And I wonder—why is this? Like, why do you think men struggle dating a celebrity, as opposed to, say, a lawyer, a cop, a receptionist? What’s the problem?

C.J.: I think the issue is they never see the person. They see the characters they like. This world confuses reality and fiction and doesn’t know the difference. Common sense ain’t common.

J.P.: You run “The Real Hollywood,” a traveling workshop for aspiring actors, directors, producers. First, how did you come up with the idea? Why? And what, specifically, are you trying to show people? Teach people?

C.J.: When I started producing, I realized the mistakes actors make in auditions can be easily corrected. But casting directors and producers don’t tell or help actors. Also, people come to me often about being scammed out of thousands in the name of so-called acting/modeling schools. People forget acting is a business not just a craft so I teach the business.

C.J.: The greatest was producing my own film. The worst was when people only wanted to hire me to play the nice girl next door.

J.P.: You’re very outspoken on Twitter, Instagram, etc. when it comes to matters of social justice. And I wonder—do you at all worry about this? What I mean is, Trump voters watch films, too. Trump voters aspire to act. So is there any concern about alienating people you might need? Why or why not?

C.J.: Honestly, I could give a shit if Trump voters are turned off. They turn me off, too. I am a human first and not defined by my career. I have not been hired because of my social media truths and, truly, I dont give a shit. Those seem like jobs I didn’t ultimately need anyway. Here is the thing: I won’t even compromise Cherie to please anyone.

J.P.: You’ve been acting for several decades now, and it’s no secret Hollywood sees African-Americans—and, specifically, African-American women—in certain unflattering/limited/stigmatized lights. It just seems like women of color are marginalized and reduced to certain roles. Soooo … what do you tell young African-American actresses/aspiring actresses? Are there ways to rise above the stigma? To make yourself appealing when, traditionally, casting heads don’t a certain “type”? 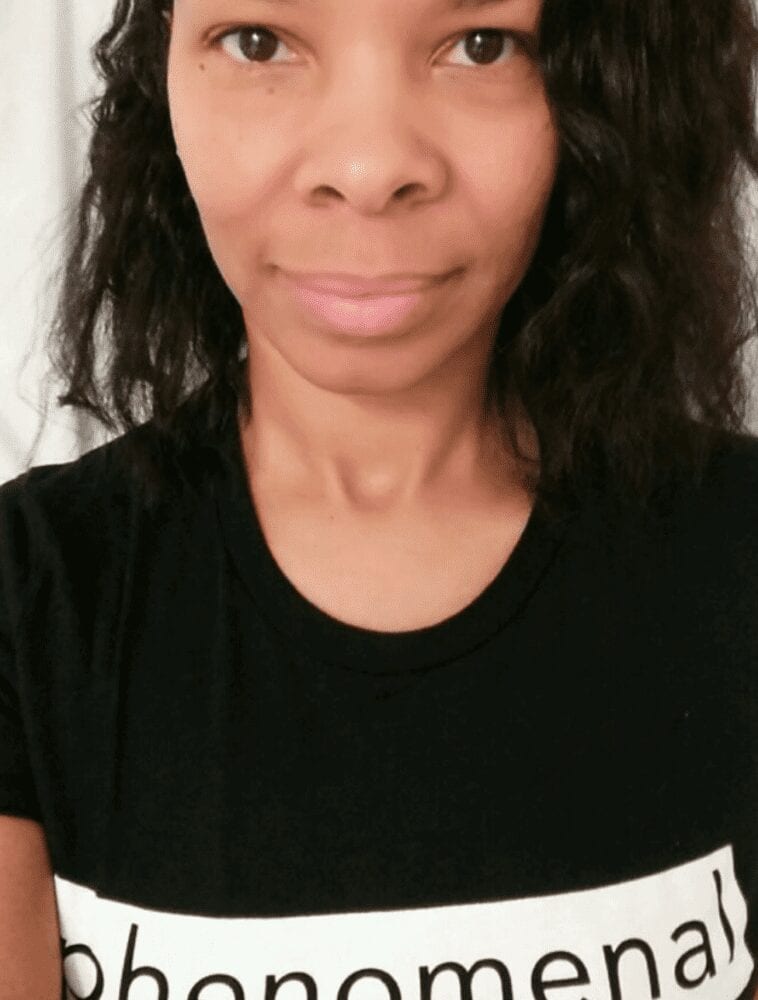 C.J.: Just because an invitation is sent doesn’t mean you have to go to the party. Cherie Johnson does not audition for nannies, housekeepers, hoes or concubines. We stop accepting and they will stop offering the disrespect. I am not The Help! (The concept of the film pisses me off) and my acceptance doesn’t come from their award shows.
I started producing 17 years ago because I got tired of waiting for them to hire me. Create your own jobs.

J.P.: You spent a good number of years on “Family Matters,” and I wonder—how does a sitcom last that long? I mean, obviously it resonated with an audience—but how? And did you ever get tired of playing the same character for so long?

C.J.: I think sitcoms last when the cast enjoys and loves each other. Also, having relatable characters. I only was tired playing the same character after the show ended. 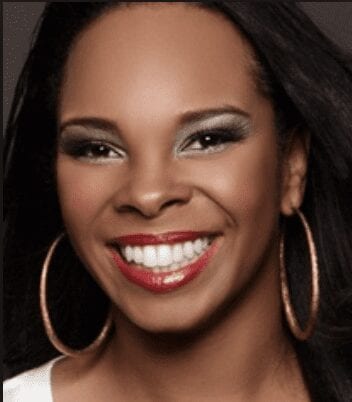 • Ever thought you were about to die in a plane crash? If so, what do you recall?: No

• Best piece of advice you ever received?: Never let anyone steal your joy!

• Who wins in a MMA match between you and Sarah Palin?: I’d beat Sarah’s ass …

• Five all-time favorite books?: Peaches and Cream and Stupid Guys Diary by Cherie Johnson, Once Upon a Christmas by David Duclon, Come Inside by Deborah Lindsay Tillman, Love Struggles by Romeo J. Ballayan!

• Celine Dion calls. She offers you $5 million to move to Las Vegas for a year and work as her personal acting coach. However, you have to work 365-straight says, live on a diet of Coke Zero and baked potatoes and change your last name to Genesimmons. You in?: I don’t drink Coke Zero. Celine can kiss my ass!

• The world needs to know—what was it like working with Finis Henderson III in “A Little Bit Strange”?: Amazing experience with an amazing cast! Michael Warren and Martin Lawrence were also on that set and Vanessa Bell Calloway. Dream come true for any young actor.

• Should the Washington Redskins change their name?: Yes

PrevPreviousCalling the White House
NextWhy is my blood pressure high?Next