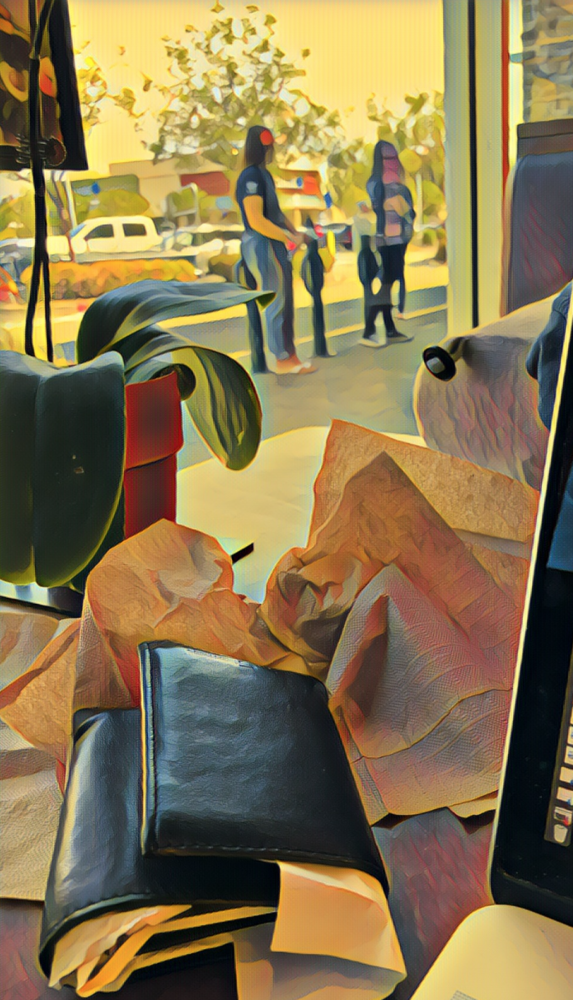 As I write this I’m sitting in the storefront window of a Whole Foods, watching two young women as they stand outside trying to engage departing customers in some sort of charity/sales endeavor.

People stop, walk away. Or pretend they’re on their phones. Or pretend they don’t hear. It’s a rough gig that—I’m 100 percent certain—they’ll one day tell their kids and grandkids about. It also reminds me of one of my early jobs—which I have told my kids about …

Back in the late 1980s, I lived near a splendid shopping pavilion known as the Jefferson Valley Mall. It was located, oh, 15 minutes from my house, and employed a solid 17 percent of my classmates. Melissa Fiore worked at the Greek restaurant. Amy Regan and Gina Girolamo worked at Friendly’s. Jen Perrota worked at Service Merchandise. Donna Gargano worked at Wicks n Sticks. Dave Leib worked at Sears. On and on and on. Were there a pimply-faced 17-year old checking you out at a JV store, it was likely a Mahopac High student.

Anyhow, I was hired by a place called the Consumer Opinion Center to walk the mall with a clipboard and take surveys. So one day it’d be about, oh, rice. Then another day maybe popcorn. On special occasions, we’d offer $10 for people to watch a movie trailer and give their assessments. Now, this might not sound so awful. But it was awful. You’re 17-year-old Jeff. You’re gangly, you’re pimply, you’ve never kissed a girl. Your job is to approach strange people—95 percent of whom will automatically reject you. It was the worst of the worst of the worst of the worst, because every evening I’d return home feeling like the world’s greatest loser.

So while I probably won’t donate to whatever cause the women are peddling (I like picking my charities carefully, not on a whim), I will express my empathy, my understanding, my respect.

And I’ll tell them about the JV Mall.