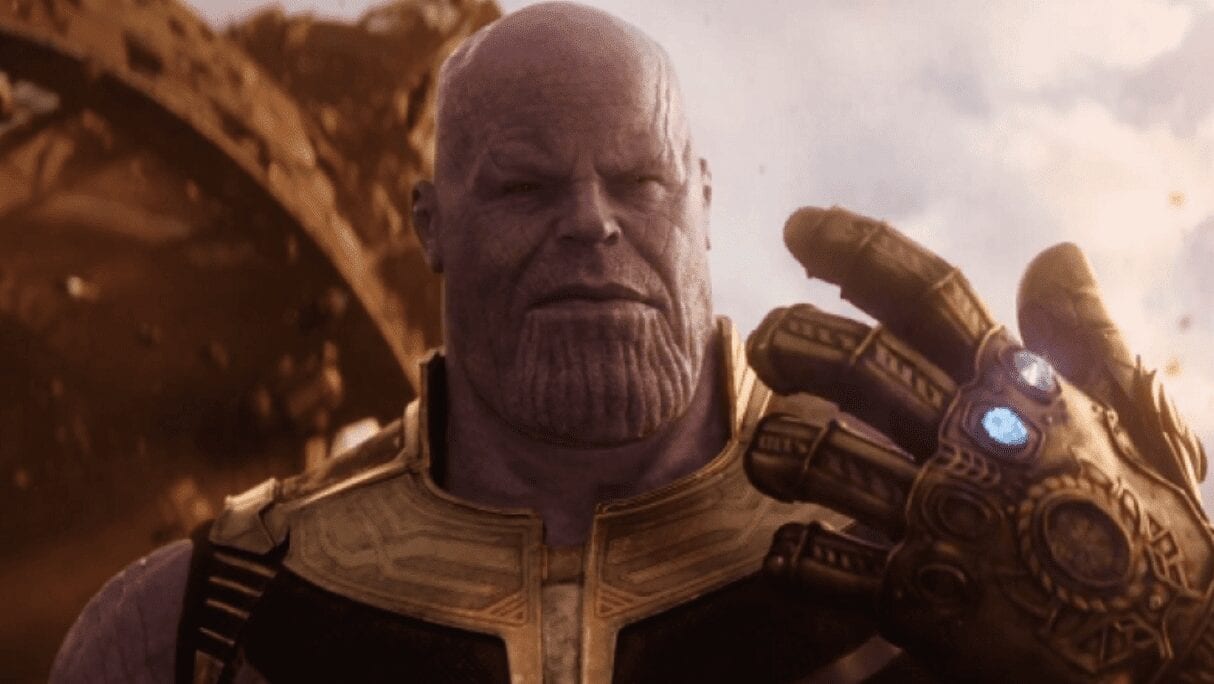 In the aftermath of fulfilling his dream of destroying half of the universe’s population, Thanos agreed to write a guest blog post for jeffpearlman.com …

When I obtained all the infinity stones, then used them to fulfill my destiny and kill billions of creatures across the galaxy, I thought, “This is fucking gangsta!” And, truly, it was—watching people and animals and Vulcans and Yeerbloops turn into dust and vanish. Man, that was something a Thanos might never tire of. (Admittedly, a little more visible carnage would have been sweet. But, hey …)

Now, though, I’m not really sure what to do with myself. No one’s shooting at me. No one’s slinging webs my way. Black Panther seemed like a pretty solid threat, but he’s dead. Spider-Man—equally interesting. Also dead. The witch lady? Dead. Doctor Strange? Dead. That Bucky guy with the arm? Dead. Iron Man’s pretty much useless. My daughter’s corpse is atop some boulders. I’m not proud of that.

I applied for a job at Banana Republic. I dunno, they were looking for someone to sell shirts. But with half of humanity dead and all, they’re in a hiring freeze. Plus, my resume is thin. KILLS LOTS OF PEOPLE, speaks Spanish, types 18 WPM. And I’m starting to think the chin throws folks off. Too many clefs.

Wait. Where was I? Oh, right. I’m so bored. So fucking bored. I signed up for a knitting class at the Sunrise Lakes senior center, but the teacher is dead. I thought I’d take guitar, and I saw a coupon online for three free lessons. That also seemed exciting, but teacher is pretty much dead, too. I’ve always been intrigued by step aerobics, and my local 24 Hour Fitness has a class I thought I’d enjoy. Plus, the teacher is among the 50 percent of humans who didn’t die (My therapist says I need to focus on positives). Sadly, when I showed up people didn’t seem very happy to see me. One lady was like, “You killed my son, my daughter, my parents and my three best friends.”

I tried explaining that her fourth best friend is probably nice. That didn’t go over well. So I left.

Really, I thought this whole experience would have been a whole lot better. “You’ll get to do some reading!” Red Skull said. “Take a vacation!” I visited Topeka. They have a big-ass Wal-Mart. The employees were dead or gone. Or dead and gone. So I left.

Even the dating scene has dried up. Weird, but no one wants to go for Poke with the guy who slaughters for sport. I tried Match, but I’m not entirely comfortable giving out my personal information. The whole “Age: 150,000 years” turns some off.