U-Save and the worst rental car experience ever 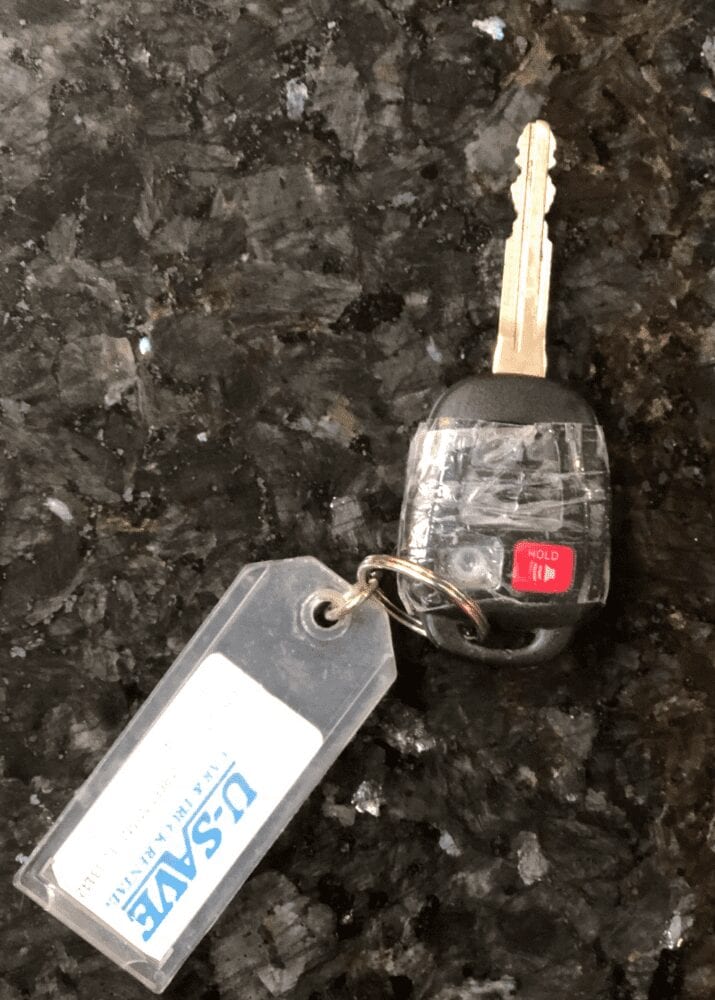 OK, to begin with—I’ll acknowledge this was a poor call on my part.

A few weeks ago, after we booked a trip for my son Emmett and I to come to Florida, I went online to Travelocity to find a rental car.

Now, generally, we rent from Avis or Budget or Dollar or any number of reputable places. But, well, prices were sorta high—except for one outlet, called U-Save.

Again, that should have been a red flag, right? Why was one place charging, like, $17 a day when everyone else was listed in the $30 range? Nonetheless, I went with it. I mean, hell, I’ve rented from off-site places before, and it’s worked out relatively well. Nothing fancy or snazzy. But fine.

Alas … that was then.

We flew into Miami two nights ago. It was late. My son is 11. He was tired. We had a 1 1/2-hour drive to Nana’s house staring us down. The U-Save shuttle van arrived quickly. Good sign. There was a line, but only one person ahead of me. “Wow,” I told Emmett. “This looks pretty good.”

The customer in front of me took, no lie, 45 minutes to complete his transaction. Then I walked up, armed with a reservation number. The clerk asked for my name. He checked his computer and stared blankly. “I have a confirmation number,” I said. Another blank stare. “I don’t have you in the system,” he said. “But I can give you a rate of $25 a day.”

Again, it was late. I couldn’t access my Travelocity account. The amount didn’t sound so bad. “OK,” I said. “That’s fine.”

I wasn’t happy. But … whatever.

He next asked if I wanted a Sunpass—the Florida toll pay system. “No,” I said. “I’ll just pay later.”

“Well,” he explained. “You have two options. You either sign up for $12.25 per day rate, which covers every toll. Or every time you use the Sunpass you pay $10.”

“No,” he replied. Then he flashed a sheet in front of me. Real quick. I snapped a photo of it as I left and, in fact, that’s not what it says.

If you read closely, it seems to be a one-time $10 administrative fee. Which, of course, is complete bullshit. Because maybe you just don’t want the damn Sunpass. Maybe (as in my case, as it turns out) you have no use for it.

“You said you wanted insurance,” he replied.

“I absolutely did not,” I snapped. He completely made that up. Invented from thin air. I never purchase the additional insurance (for the record, neither should you).

Finally, after being there well over an hour, we get into a red Toyota. The guy who directs us to it says, simply, “That’s your rental.” I walk around it, see no damage. By now we just need to be on our way before the little guy collapses.

In short, it’s a complete piece of shit.

Earlier tonight, I went to check the air pressure in the tires, because the light makes me nervous. The recommended bpi for the car is 32. I figure the tires are a bit low. Maybe, oh, 27, 28. Nope—they’re all between 50 and 60. Dangerously high, especially with the hot weather.

Oh, final thing. Found my original rental agreement; the one Biff somehow couldn’t locate. I was paying a whole lot less than they’re billing me. 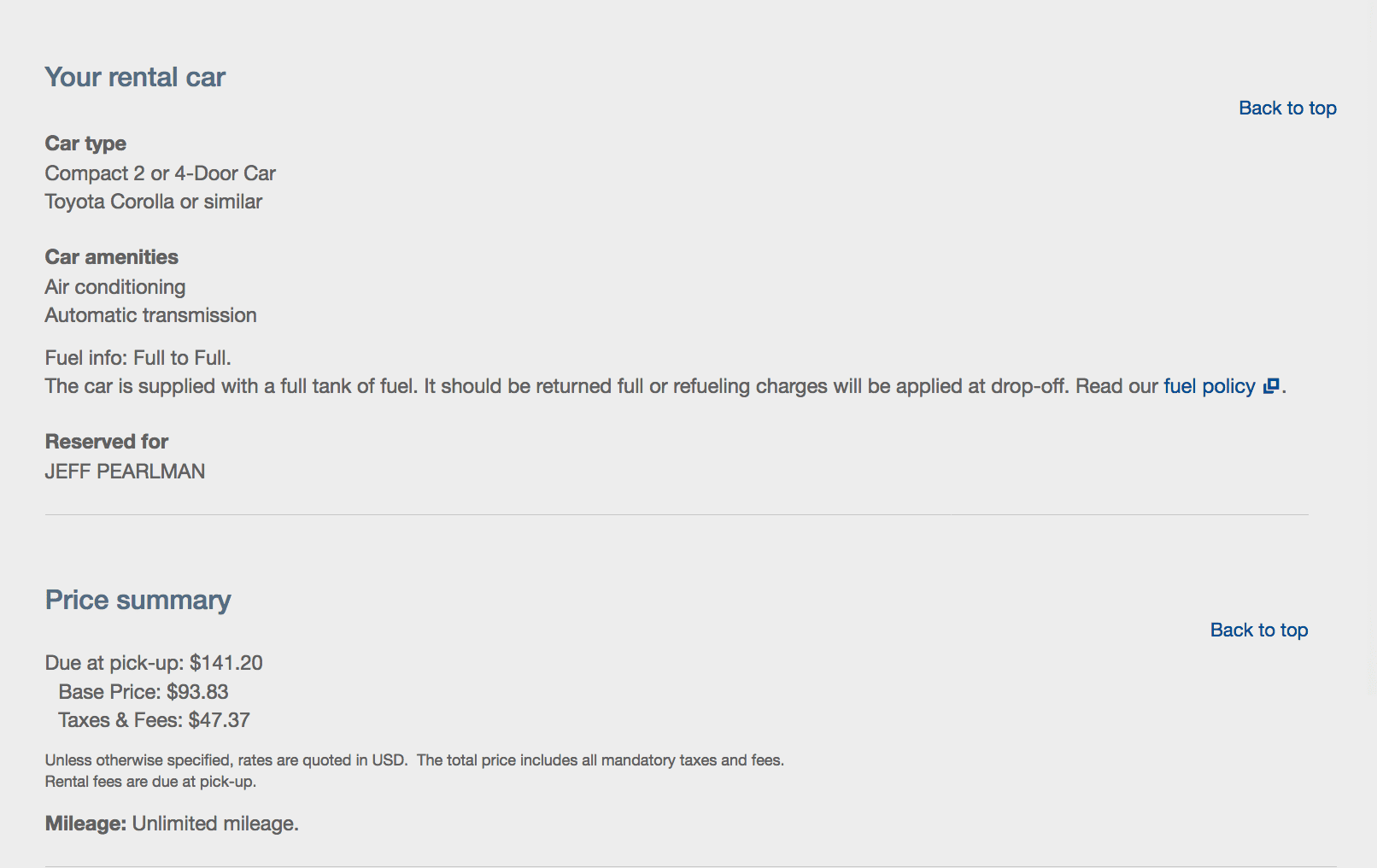 I’m calling tomorrow. Either they concede, or this gets ugly.