The 25 best players in USFL history: No. 25—Tim Spencer 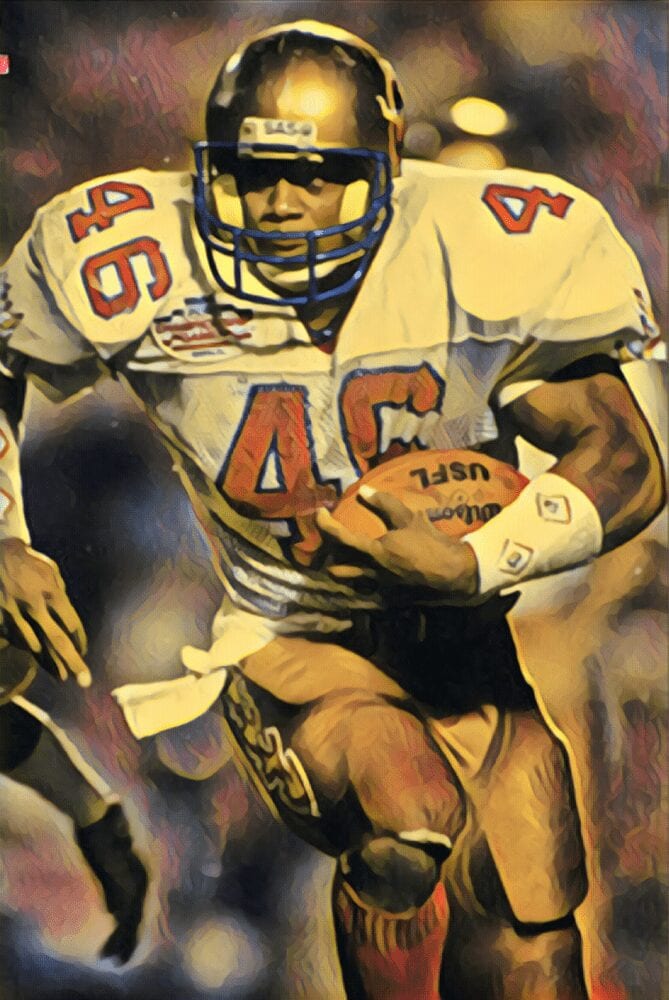 Beginning today, I will be counting down the top 25 players in USFL history, concluding with the announcement of the No. 1 guy on Sept. 10—the eve of the release date for Football for a Buck.

Spencer was was No. 2 overall pick in the 1983 USFL Draft, directly behind Dan Marino (who, obviously, didn’t sign with the Los Angeles Express). Because Ohio State has produced a solid 8 million NFL halfbacks, people tend to forget about Spencer’s glory days in Columbus, where he twice cleared 1,000 yards rushing and was a second-team All-American.

Entering the pros, Spencer was a clear-cut NFL first-rounder. But the Blitz drafted him, then pursued him hard. George Allen, the team’s veteran head coach, promised big money—and delivered. He also promised him a starting job—and delivered, too. Spencer rushed for 1,157 yards as a rookie, and the following year joined the Wranglers when (and this is too weird for words) the Arizona and Chicago franchises were swapped for one another. Spencer galloped for 1,212 yards on 227 carries, and scored 17 touchdowns, as the Wranglers reached the USFL title game. His third, and final, season was spent with the Showboats, and injuries limited him to 789 yards on 198 carries.

Spencer is the USFL’s third all-time leading rusher. He went on to play six moderate seasons with the Chargers, then retired. 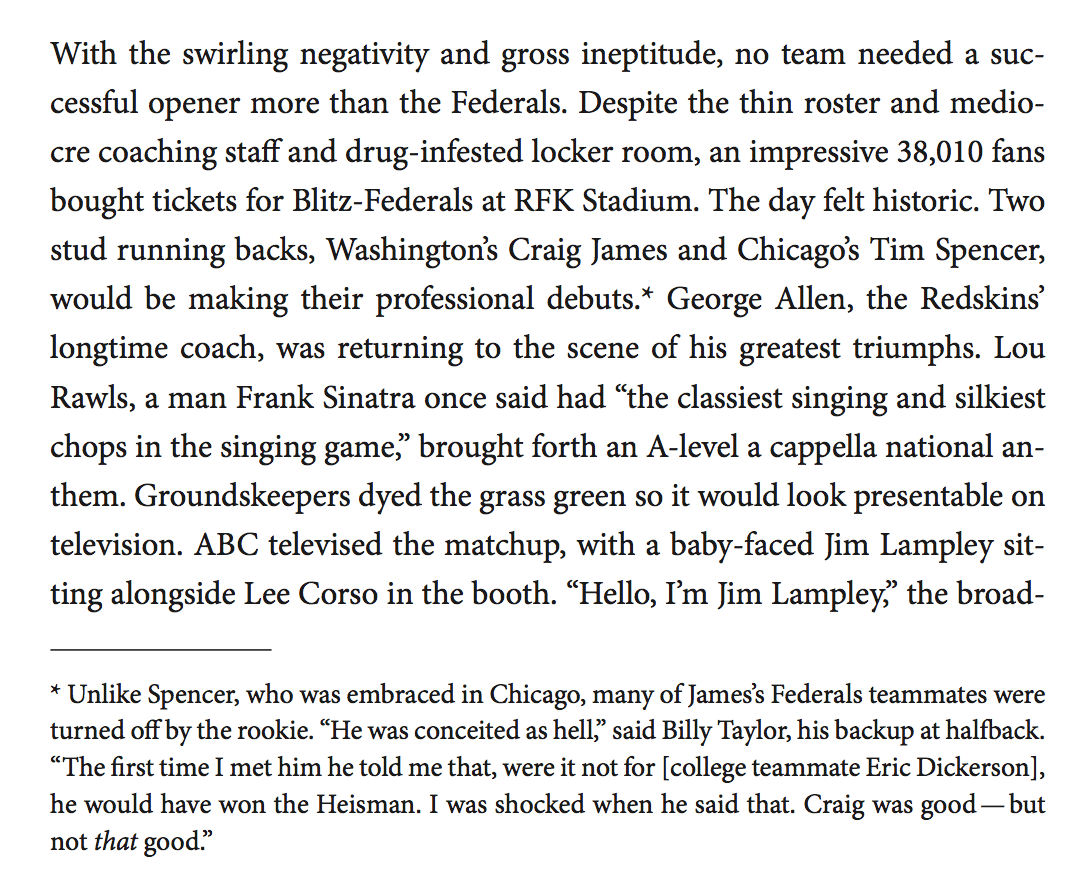