Five quirky things in “Football for a Buck” 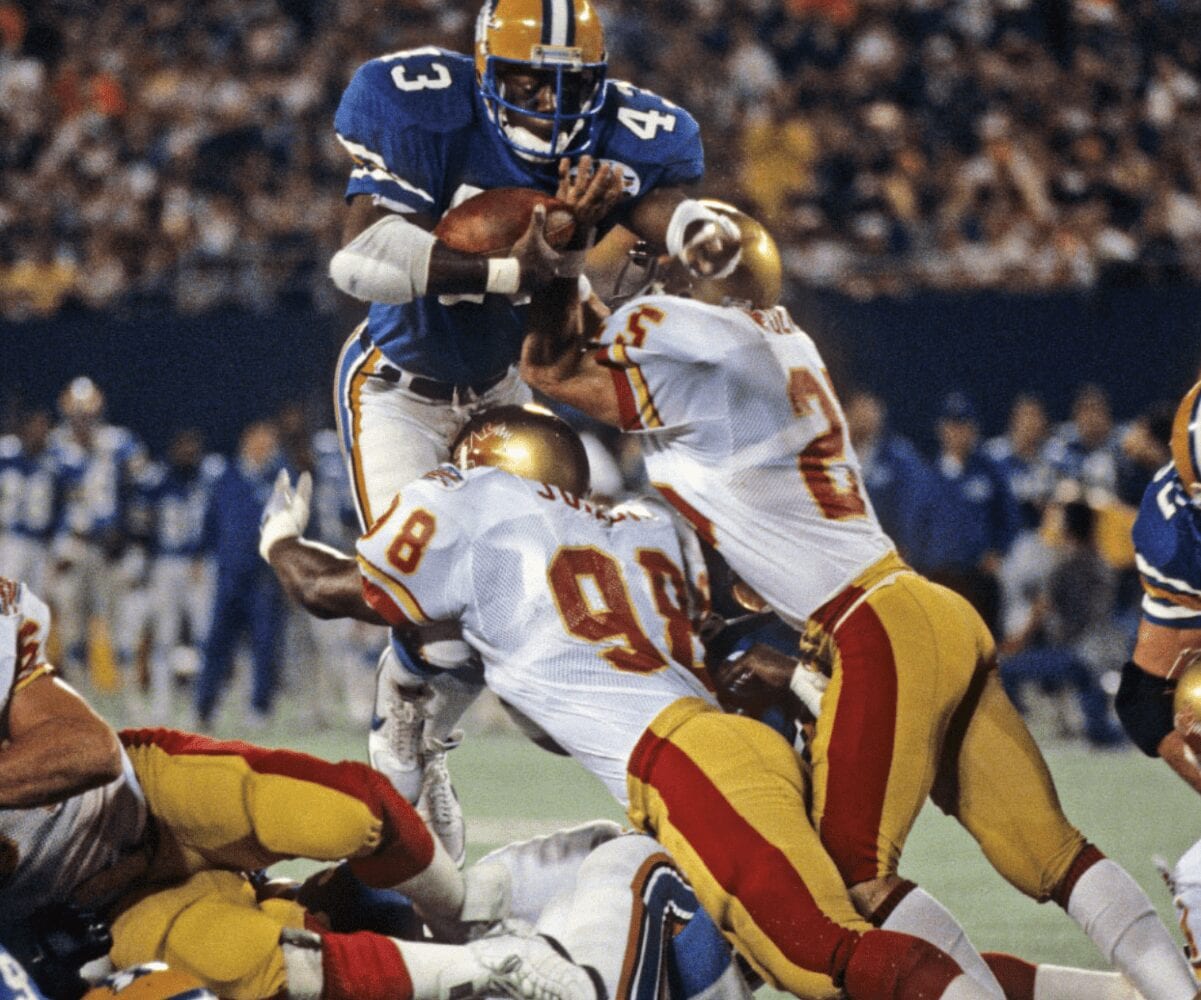 I never write a book without little nooks and funks. It’s part of the joy—sneaking things in that only a select few would recognize. So here are some of them …

On page 157, I reference the Chicago Blitz being left on the side of a road “as one would a dented muffler along Emerald Lane.” I initially had some Windy City street sitting there, but … where’s the fun in that? So I went with “Emerald Lane.” Why? I grew up on 24 Emerald Lane in Mahopac, N.Y. 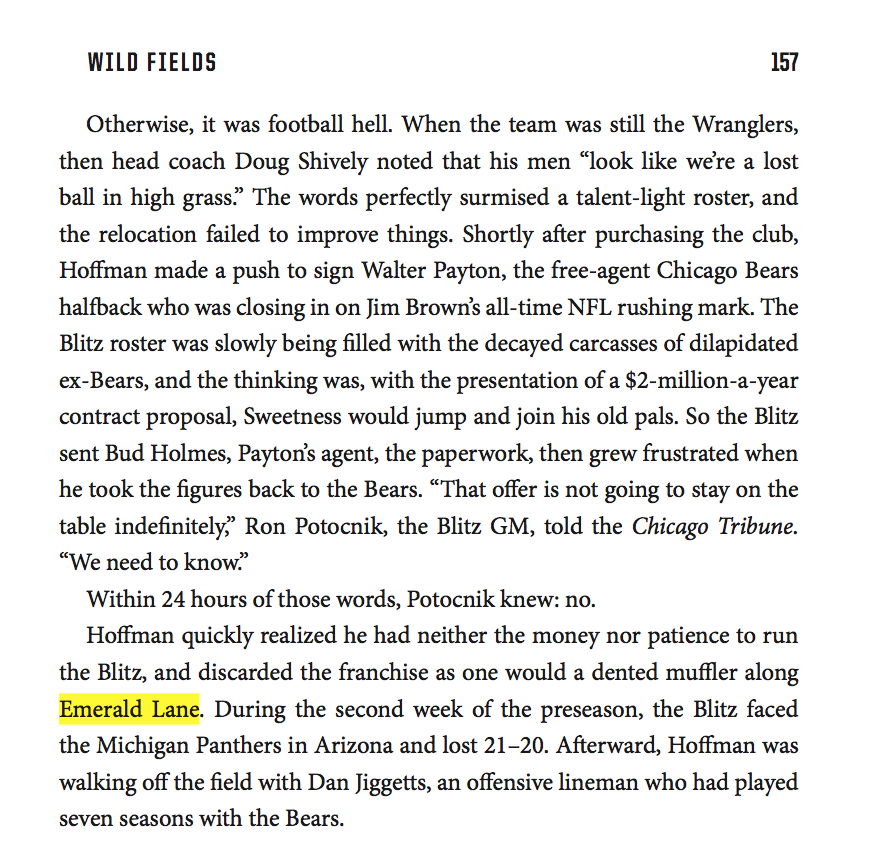 • 2. On page 13, I write about the quality head coaches working in the USFL. I write, “This wasn’t a semipro league coached by Biff, the part-time truck repairman who once played a little Division I-AA ball at Delaware.”

So there are two things in this one sentence. “Biff” is a name my pal Jonathan Powell and I attached to people we found annoying in high school. And I went to college at the University of Delaware 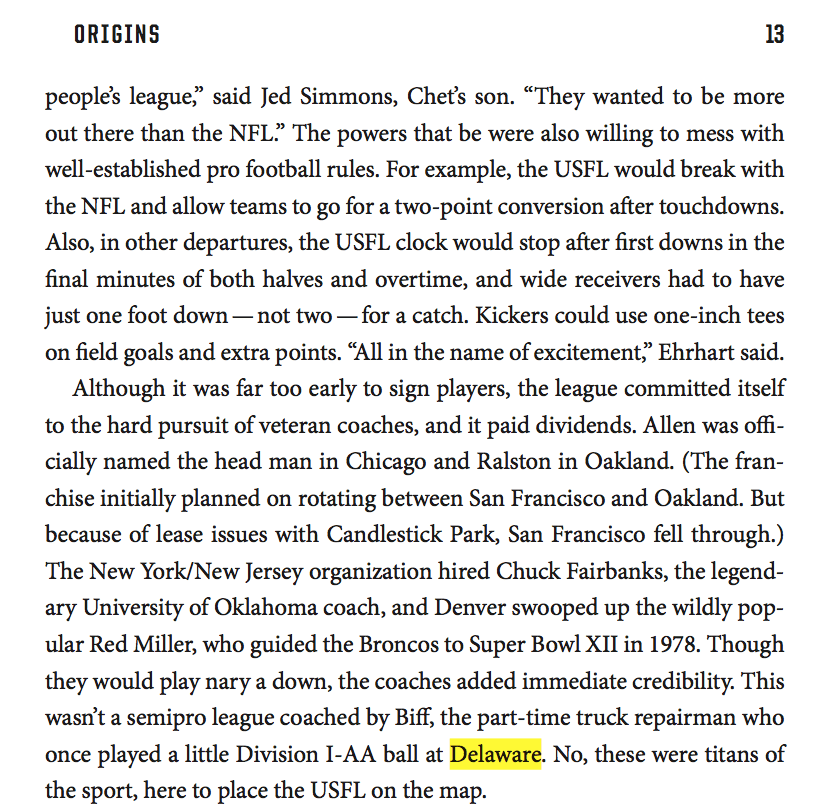 • 3. Sometimes you luck into things. Back at Delaware in the early-to-mis 1990s, I worked at the student paper with Jason Sean Garber, a great guy who loved Snapple and edited the opinion section. When Jason learned I was writing a USFL book, he told me about the time he wrote the Philadelphia Stars a letter. I immediately knew it’d wind up in the narrative. It was too good not to.

• 4. My dad’s name is Stanley Pearlman. Back in the day, he went by “Stanley Herz” for business purposes. It’s a long story, but he owned an executive search firm named Stanley Herz & Co. I always try and drop a “Stanley Herz” reference into the Acknowledgments. Mainly because it’s fun and only three of us get the reference. 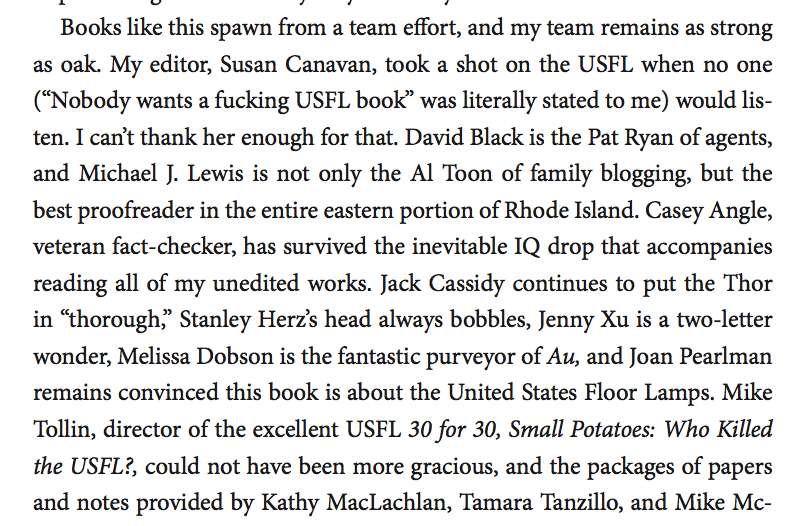 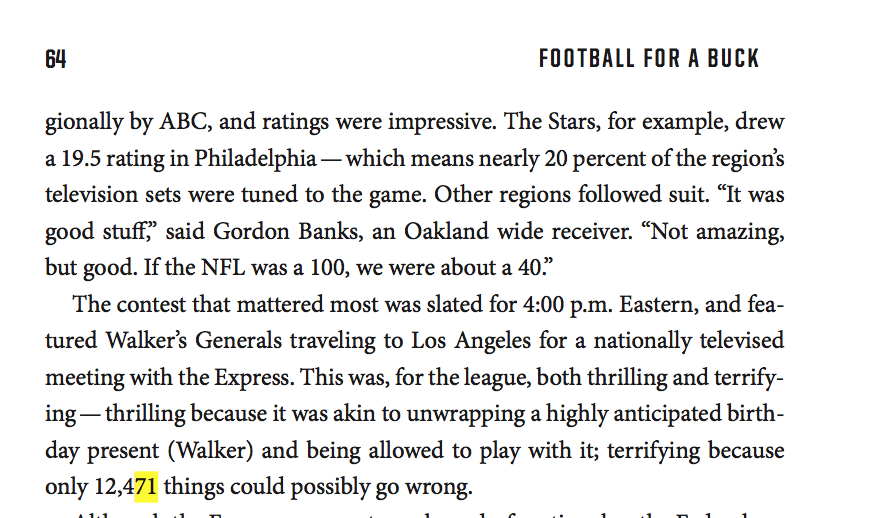