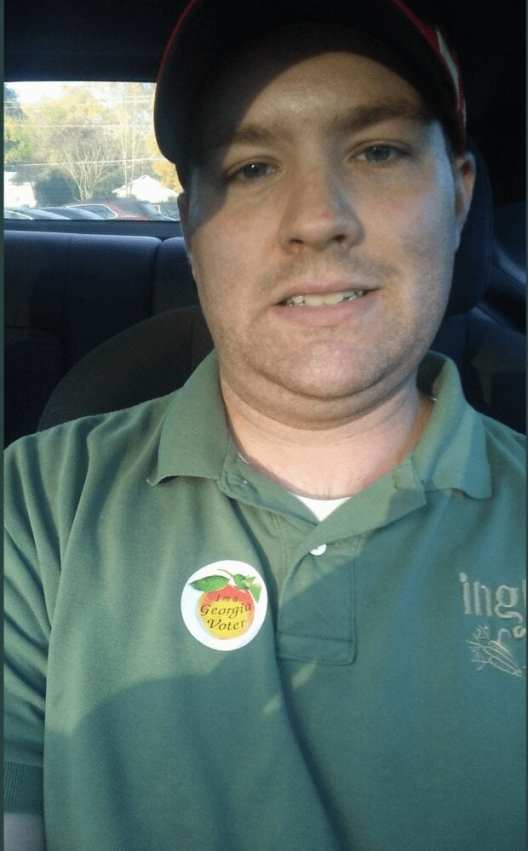 Earlier today I engaged in some Twitter back and forth with Stephen Gilbreath, the youth pastor at the Harmony Baptist Church in LaFayette, Georgia. And, to be clear, I have no reason to think Stephen isn’t a sincere lover of Jesus and his teachings. But as I read up on Stephen, I was made aware that he’s a supporter of Donald Trump—despite Tweeting, “When I vote, I could care less about skin color, gender, etc. I care about your values, ethics, etc.”

I feel the need to address this. Really, to call some major BS not just on Stephen, but on all the Christians who have appeared to set aside their moral compasses to back a president who has displayed—bluntly, clearly—no moral compass.

I actually don’t get it. I mean, I get not voting for Democrats because your beliefs lean conservative. And I certainly get being anti-abortion, and therefore wanting Roe v. Wade to be overturned.

But I do believe nothing in America has done greater injury to Christianity (and devotion to its myriad churches) than pastors and ministers and preachers and clergy of myriad sort throwing their lot behind a man who boasted—openly—of grabbing women by “the pussy.” Of a man who regularly refused to pay blue-collar contractors for their work, then sued if they dare challenge. Of a man who created a fake “university” to bilk people of their money. Of a man who called for the death penalty for the Central Park 5 after they were deemed innocent. Of a man who insisted—for four years—that the sitting president of the United States was a Kenyan-born Muslim and that he had “people on the ground” finding “amazing things.” Of a man who refused to rent apartments to blacks in Queens, N.Y. Of a man who openly mocked John McCain for “being captured” and ridiculed a Gold Star Family for “phony” tears. Of a man who cheated on his just-delivered-a-baby third wife with a porn star, then paid said porn star money to stay quiet. Of a man who lied about the intent and scale of asylum seekers walking through Central America, then utilized those lies to deploy 15,000 active troops to the border for political reasons. Of a man who cheated on his first wife, his second wife and his third wife. Of a man who lied under oath during the USFL-NFL trial. Of a man who kicked homeless Vietnam veterans off the block in front of Trump Tower because they made it “look disgusting.” Of a man who donated $0.00 to 9.11 causes in his own city—and lied about it. Of a man who lied about going to Ground Zero to help with the rescue efforts. Of a man who lied about seeing Muslims celebrating atop a rooftop as the buildings fell. Of a man who has deliberately undermined the FBI, the CIA, voting commissions—because he could. Of a man who was pro-choice until he decided being pro-life would get more votes. Of a man who mocked Ted Cruz’s wife for her looks and said Ted Cruz’s dad was involved in the JFK assassination.

Stephen—rightly—re-Tweeted about the awfulness of Redskins fans mocking a teenager with autism. Yet he backs a president who has mocked the disabled, Mexicans, Muslims, unattractive women, Jews … on and on.

But that’s not the point. In this country, there is a place for faith. A value to it. But when you preach goodness and kindness and decency, then throw your weight behind a man who spits in the face of virtue, well, you are asking people to believe without giving them something to believe in.

You are asking them to live in a Christ-like way—when it’s not being implemented.

PS: One of my all-time favorite quotations is “Youth is wasted on the young”—initially stated by George Bernard Shaw. And I think it’s true. And I do believe sometimes young folks haven’t lived long enough yet to truly grasp the intricacies of things. That was certainly me as a young journalist. So I hold out hope that, down the line, a guy like Stephen can recognize a false messiah-type figure when he/she comes along. Because, again, the damage Donald Trump is doing to faith in America is enormous. I just don’t believe the people deeply invested are seeing it. Yet.

One reply on “Thoughts for a youth pastor”