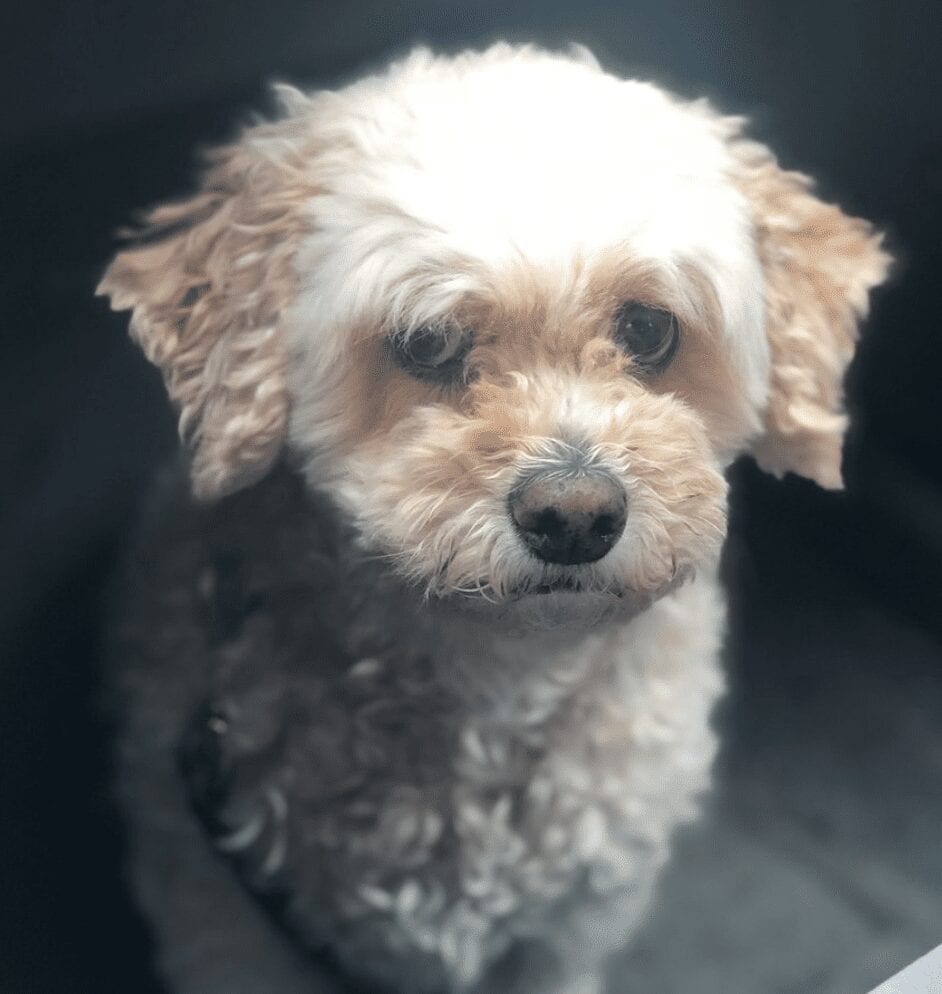 So there’s this thing called the PEN/ESPN Award for Literary Sports Writing.

It’s an annual award, presented to what is deemed the year’s finest nonfiction book about sports. In the business it’s considered something of a big deal. A legit honor. A resume topper. A …

Football for a Buck didn’t get nominated.

I learned this earlier today, when a friend/colleague called and kindly expressed his frustration for what, I’m pretty sure, he thought would be my frustration. Only, well, I hadn’t heard about the announced-this-morning PEN results. And, had I heard, I wouldn’t have been even slightly upset. Why, now I have heard and I’m not even slightly upset.

There are a bunch of reasons for this. Namely …

• I don’t think “Football for a Buck” is worthy: Man, I loved this book. The experience was amazing, the people remarkable. I’ve never had more fun, and I hope that’s reflected in the pages. But is “Football for a Buck” great literature? No. And it’s not supposed to be. I’m neither blind nor dumb—there are tons of sports books from this year that were far better than mine. Fuck, last year’s winner was Jonathan Eig’s Ali bio, and that’s a master class in writing/reporting. Put differently: There’s a difference between quirky and classy. My book is quirky. Not classy.

• I don’t care about writing awards: Truly, I don’t. And while taking home a Pulitzer might change this perspective (Odds of a Pearlman win: 0.0000 percent), I genuinely don’t give a shit. Which is not to say anything is wrong with giving a shit. That’s a totally reasonable way to be. It’s just … I dunno. As I’ve aged I’ve stopped thinking about stuff like that. With each book release, what I actually hope for—sales. Big sales. And strong reviews. I want people to enjoy the words; to see the book as a vacation from a shitty day. I have no legacy—and so what? I haven’t taken home many (any?) trophies—also, so what? I’ve got a great wife, great kids, a fun and thrilling career. All’s groovy.

• Who’s to say what’s “the best” book?: It’s preposterously subjective. Hell, were I picking the three best sports books of the year, they’d be Ian O’Connor’s Bill Belichick biography, Amy Bass’ soccer opus and “Jail Blazers” by Kerry Eggers. Shoot, as we speak I’m reading Kent Babb’s Allen Iverson bio from a few years back, and that thing is both electrifying and, I’m quite certain, sans PEN recognition. So who’s to say? And what does “best book” even mean? You eat a slice of pizza from Joe’s. I eat a slice of pizza from Tony’s. We both dig the pizza. Is one slice better than the other?

• Perspective: As one ages, something changes. Or, I should amend that. As I’ve aged, something has changed. I can see the success of others and be happy for them. For example, one of the PEN nominees is Howard Bryant—a longtime colleague and friend. Another is Jane Leavy, a biographer of epic talents. Another is Mark Leibovich, a terrific pro and man I was fortunate to meet earlier this year at the MSNBC studio. These are people who bust ass; who are credits to the craft. So I mean this—their thriving is my thriving. We need books to sell, and we also need good books to garner attention.

So huge congrats to the nominees. 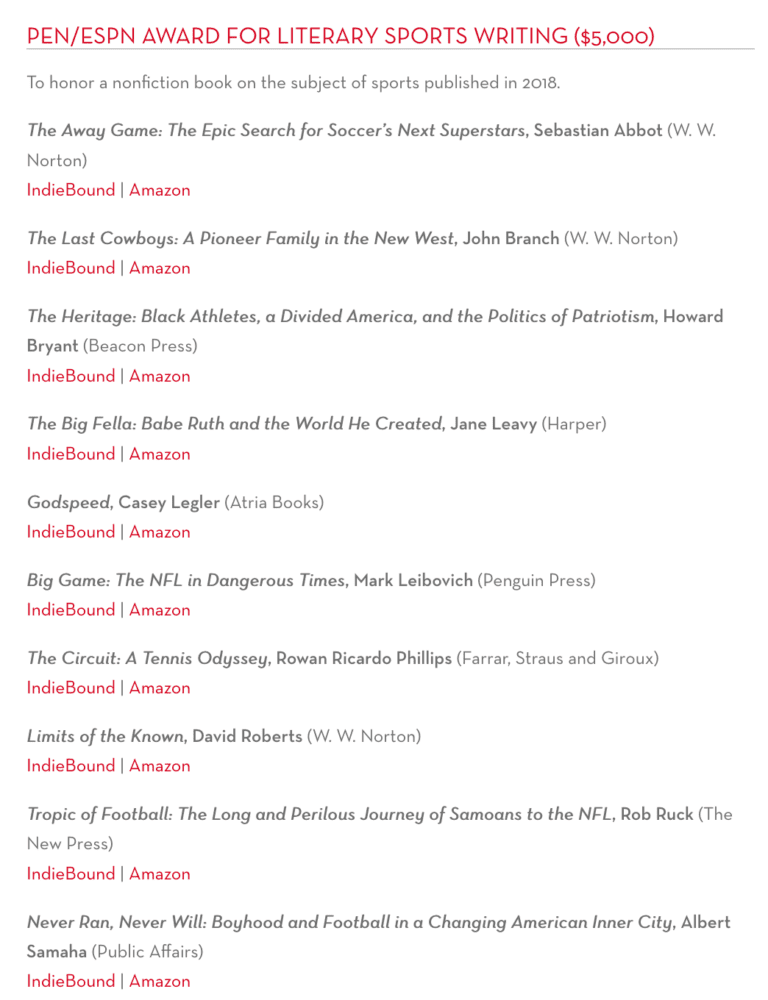 PrevPreviousI’m sorry Mom and Dad
Next0-29: The remarkable basketball run of Emmett PearlmanNext