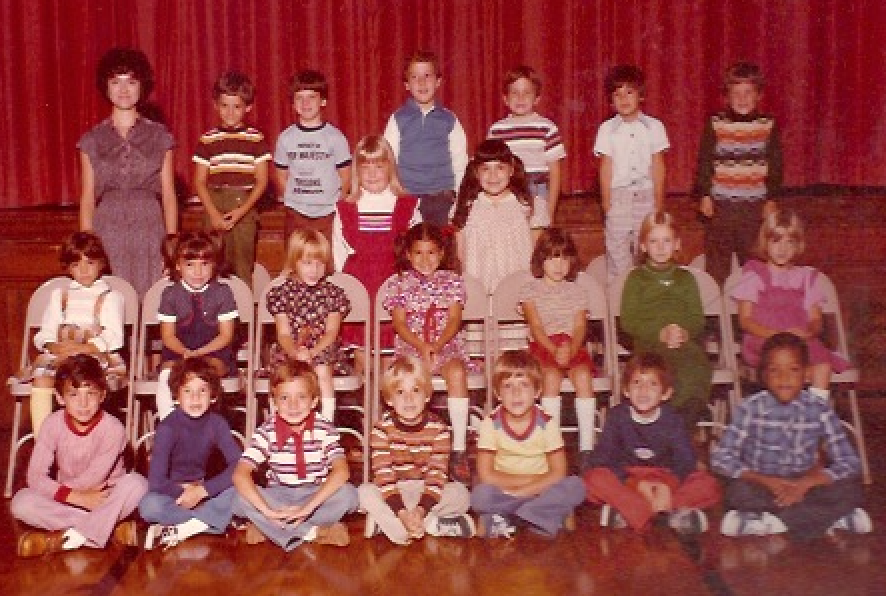 My mom, Joan Pearlman, is a lovely woman and a terrific mother. However, she doesn’t absolutely love criticism dating back to my boyhood. So if, say, I point out something that irked me, well … it’s not always received so well.

Hence, I genuinely avoid the subject; resort to dialogue about sports and politics and chocolate and fish and the Hudson River and California …

Today, though, I make an exception.

Placed atop this post is a photograph of my first grade class. Fifth from the right was my best early childhood pal, Gary Miller, and bottom right corner was my best later childhood pal, Jonathan Powell. The kid in the middle of the bottom row once peed himself on the playground. The boy next to the teacher was annoying.  Two down from him, Greg, is now a jeweler. The two girls standing side by side—well, one was the valedictorian of my graduating class. The other is married to the son of a legendary football coach.

On and on. The memories come back. Lori Raffa (blue dress, pigtails) was my first-ever crush. To her left, Heather Turnbull—her brother played lax at North Carolina. Chad Pisculli was fast. Billy Lanzana was faster. The teacher’s name was Candy, and she boasted Big Bird’s voice and Dr. J’s Afro.

What, in God’s name, possessed Mom to buy me that outfit?

PrevPreviousThe first time I had something published
NextMike BrennanNext