A story about LeRon Ellis 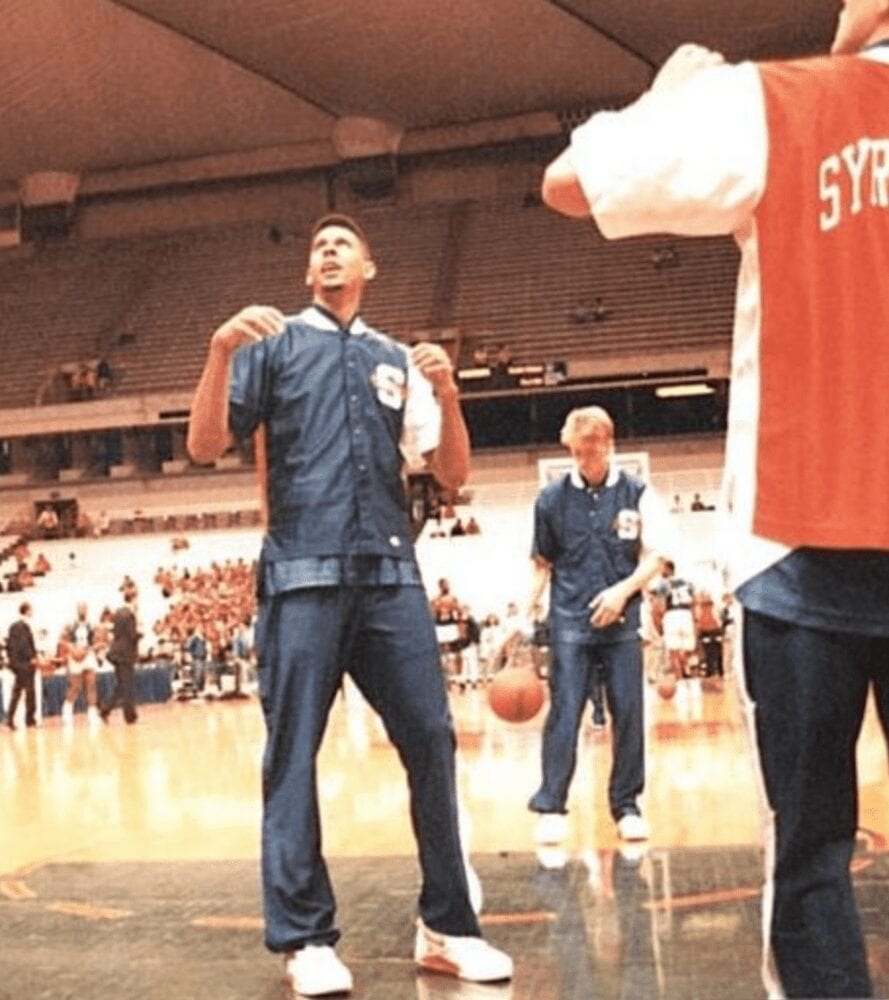 Back in the early 1990s, Syrcause had a basketball played named LeRon Ellis.

A 6-foot-9 forward from Southern California, Ellis spent his first two years at Kentucky before transferring to upstate New York. He was, by all measures, a solid college player. As a senior for the Orange Ellis averaged 11.1 points and 7.7 rebounds. He wasn’t a star, or even close to a star. But he had size, he could play defense. In short, he was on the fringe of either languishing on an NBA bench for good bucks or finding a home overseas for good bucks.

Entering the 1991 NBA Draft, teams knew of Ellis’ existence, and they scouted him thoroughly. The reports were all the same—good-ish. Not great, not amazing. But probably good enough to be not awful. Think better than Yinka Dare, worse than Uwe Blab. That was LeRon Ellis.

Back then, the Clippers were the joke of the league. But they took scouting seriously, and three different scouts/coaches take a look at Ellis. I actually talked about this earlier today with Barry Hecker, the Clippers director of scouting at the time. The whole saga has nothing to do with the book I’m writing, but it made me laugh.

So three different guys look at Ellis, and they all agree he’s bad. Like, there’s no debate. “And it was important we watched guys without each other, so we could develop our own opinions,” Hecker told me. “So I’d watch him on my own, takes notes, then compare with the other guys working for the Clippers. We all agreed Ellis had nothing.”

The 1991 Draft took place on June 26. Charlotte led off by taking UNLV’s Larry Johnson, and Kenny Anderson of Georgia Tech went No. 2 to the Nets. The Clippers possessed the 22nd overall selection, and as their time came closer and closer the Clip decision makers engaged in a heated debate. The player Hecker wanted—like, really, really wanted—was North Carolina’s Rick Fox. He knew the forward was unlikely to be a star, but Hecker believed Fox would make someone a very solid sixth man, if not starter (on a good team). So he pushed for Fox and pushed for Fox and pushed for …

The man speaking the words was Mike Schuler, the Los Angeles head coach.

The decision was made. Hecker dialed the Clippers’ table at the draft headquarters inside New York City’s Madison Square Garden. He placed the phone on speaker, and told the team’s rep (who had also scouted Ellis), “We’re taking LeRon Ellis.”

“Are you fucking kidding me! The guy is a dog. D-O-G. We can’t be serious. Are we serious? LeRon Ellis? None of us thought he could play. Seriously? Fucking Ellis! Really?”

Hecker told his colleague he was on speaker.

Fox, grabbed by Boston at No. 24, won three championship rings.