The origin of a lede 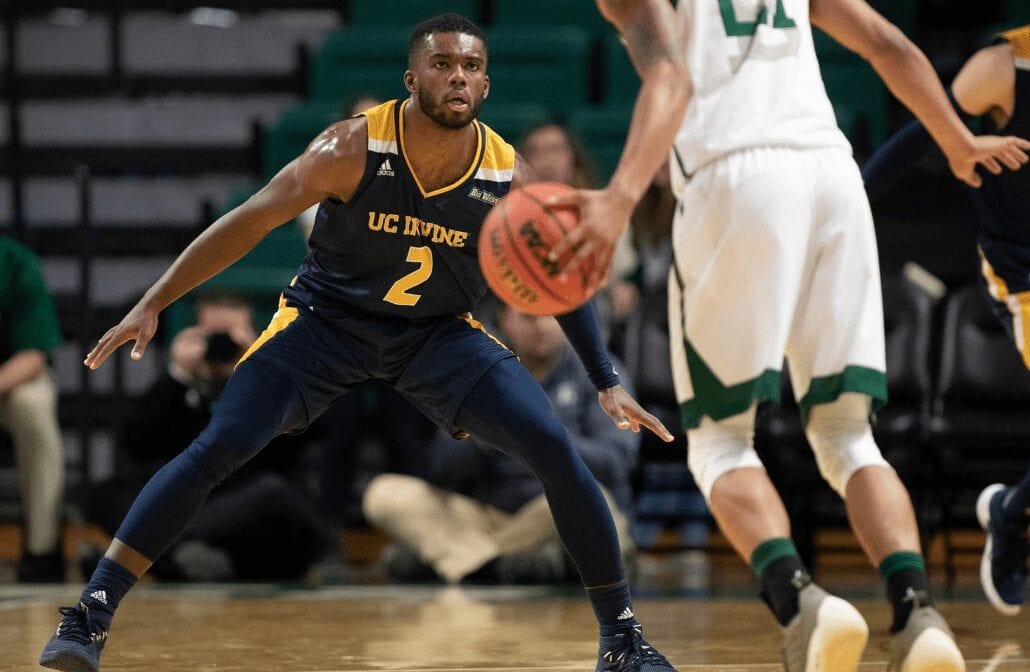 So I wrote a piece for The Athletic on Max Hazzard, UC Irvine’s wonderful redshirt junior guard. Here’s the link.

The story exists because, back on Dec. 15, my son Emmett and I attended a game between Denver and Hazzard’s Anteaters on the UCI campus. Max had a career day, scoring 32 points and hitting 10 of 17 from three-point land. During the action, Emmett decided that “Maz Hazzard” was a particularly cool name. Afterward, as we walked to the car, I decided I should try writing a piece on the kid, who—a Google search revealed—is the grandson of the legendary Walt Hazzard.

Anyhow, I’d like to take a moment to explain the lede. Here it is: 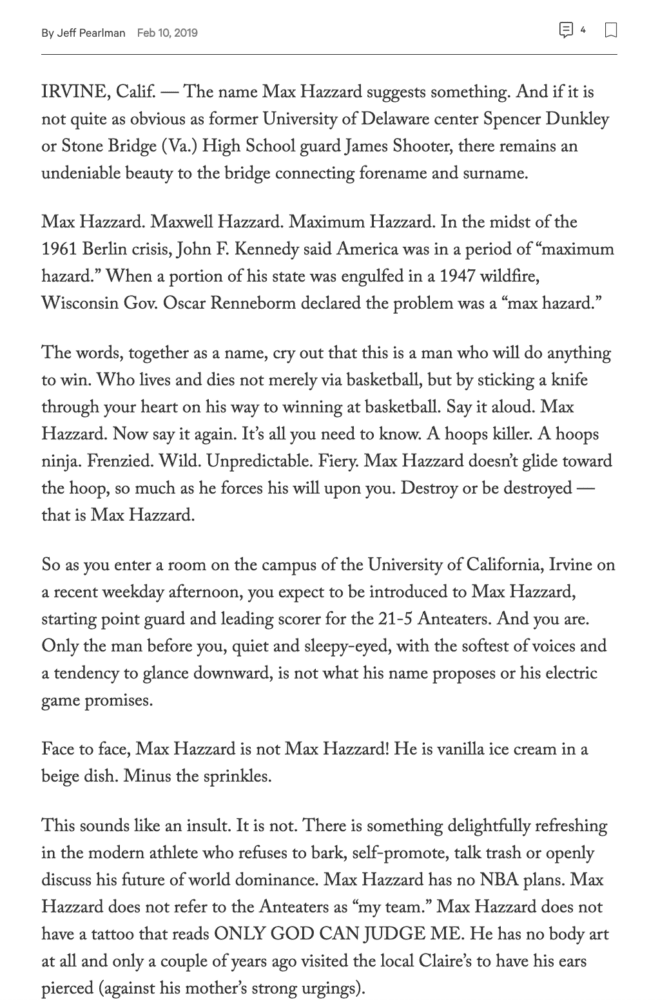 OK. So, first, it’s all about Emmett Pearlman loving the name Max Hazzard. I’m not sure I would have rated it with the all-time legendary sports names. The I.M. Hipp, the Dick Pole, the Alvaro Espinoza. But the kid is right—”Maz Hazzard” sounds pretty sweet. So I wanted to play with that. Mess around.

I attended college with Spencer Dunkley at the University of Delaware, and that play has come in handy endless times. But I felt as if the rhythm needed another cool basketball name—so I started Googling around random names. Looking for people like “Joe Buckets” and “John Score” and “Ed Shoot” who happened to play/have played the game. Well, that didn’t work out—until I Googled “James Shooter.” And here he is. I knew nothing of James Shooter. Still don’t. But he filled a gap. So, thanks to Mr. and Mrs. Shooter.

Now, to be honest, Max wasn’t the world’s most dazzling interview. Tremendous guy, great player, outstanding family. But he’s just not a LOOK AT ME sorta person. So I didn’t feel as if I were armed with absolutely amazing material to kick this thing off. Plus, the Hazzard family has been busy of late, and I was unable to connect with two people I desperately wanted to speak with. So, when in doubt, find a different way.

That’s why I went to newspapers.com (a tremendous online database of newspapers that stretches back into the 1800s) and did searches for “maximum hazard” and “max hazard.” I was shocked by the bountiful returns—including a 1961 John F. Kennedy speech and a Wisconsin wildfire gone terribly wrong in 1947.

Throughout the process, “Max Hazzard” come to reflect a certain perception to me. And what was interesting is that the person doesn’t match that image. Max Hazzard isn’t a ball hog who need to score 30. Max Hazzard isn’t bombastic or obnoxious. He’s actually rather quiet and contemplative. So after building it all up (MAX HAZZARD!) I went in reverse with this depiction of a quiet, sleepy-eyed kid.

I don’t know if it worked or not. But I enjoyed the process.

And Maz Hazzard can straight-up play.

PrevPreviousWhy are people shocked by KISS lip-syncing?
NextWe went to the Olive GardenNext