Today I learned of the existence of a man named Judson Sapp, who failed in his 2018 run for a congressional seat.

Now, to be clear, I’m not saying Twitter popularity should be a life gauge. It means nothing to 99.9 percent of society, and with good reason. I mean, why does a doctor or lawyer of 8th grader need a strong Twitter presence? Answer: He/she doesn’t.

That said, if you’re running for public office, especially in a large state like Florida, these sort of metrics matter. Only, well, 387 followers screams, “This person doesn’t matter!” And, indeed, Judson Sapp doesn’t matter. He didn’t make it out of the primary, garnered little-to-no attention, vanished before he arrived. And maybe, just maybe, that’s because his biography (displayed here) is garbage. In particular, Judson notes that, “[He] then headed to Hollywood, where he gained membership to the Screen Actors Guild and became a successful writer. Despite his success in Hollywood, Judson’s heart was in his hometown.” 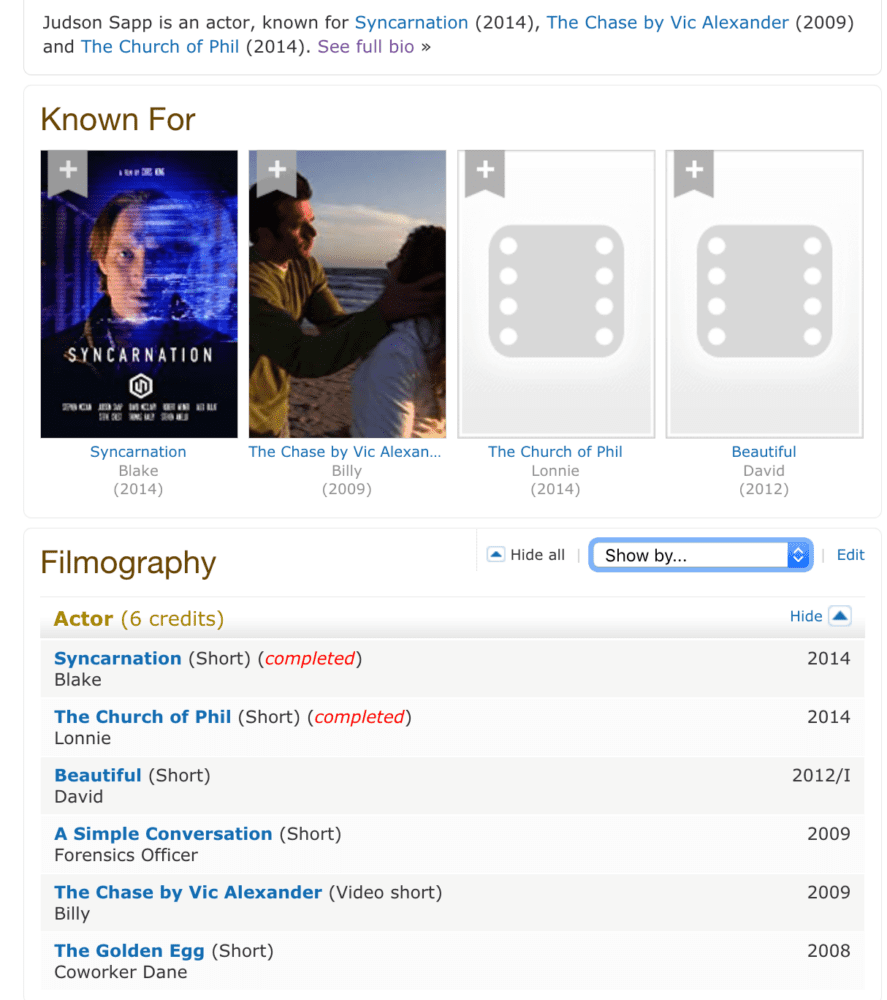 If you read Judson’s Tweets, or follow him on Facebook, you’ll see his repeated odes to #MAGA. In his mind, Donald Trump is always winning. Everything’s a win. The wall’s a win. The Mueller Report’s a win. The effort to destroy health care for millions—a win. Mocking a POW for being captured—win. Paying off a porn star who he fucked shortly after the birth of his son—win. Refusing to pay contractors for completed work, devoting 4 1/2 years to “proof” the sitting president was a Kenyan-born Muslim—win. It’s all a big win for Judson Sapp, because Judson Sapp is all about MAGA.

But here’s the thing: The top two issues on Judson’s website—listed for all to see—are these …

So one must ask—if foreign policy should always put America first, and Donald Trump meets with the leader of North Korea, and then North Korea continues with its nuclear program despite insistences to the contrary—is that America first? Or if we learn (as we did learn) that Russia devotes myriad resources to throwing our elections into disarray, and then the president sides with Putin—is that America first? I’m asking for a friend here, because I’m curious. How about siding with one strong man after another? Good for the U.S.?

Along those lines—less government. Super important. So today’s news that, under order of the president, $1 billion is being misdirected from military spending and going toward a wall (one Mexico was guaranteed to pay for) … is that “less government”? Or do people like Judson Sapp only demand less government when it’s less government they agree with?

The whole thing is maddening. Mostly because folks like Judson Sapp doesn’t understand that they’re being played. They don’t care about the president’s history as a lifetime huckster, because they fall for the bluster, the nonsense, the bullshit, the bright lights and big talk.

Ultimately, it all turns to shit.

That is, unless you’re Judson Sapp.

PS: THIS is my favorite …

Five draft deferments. Mocked a POW for being captured. Ridiculed a Gold Star Family. Lied to the troops—directly—about a nonexistent 10 percent pay raise. Donated $0.00 to 9.11 causes in his own city. Lied about going to Ground Zero and volunteering. Ah, the joy of #MAGA.