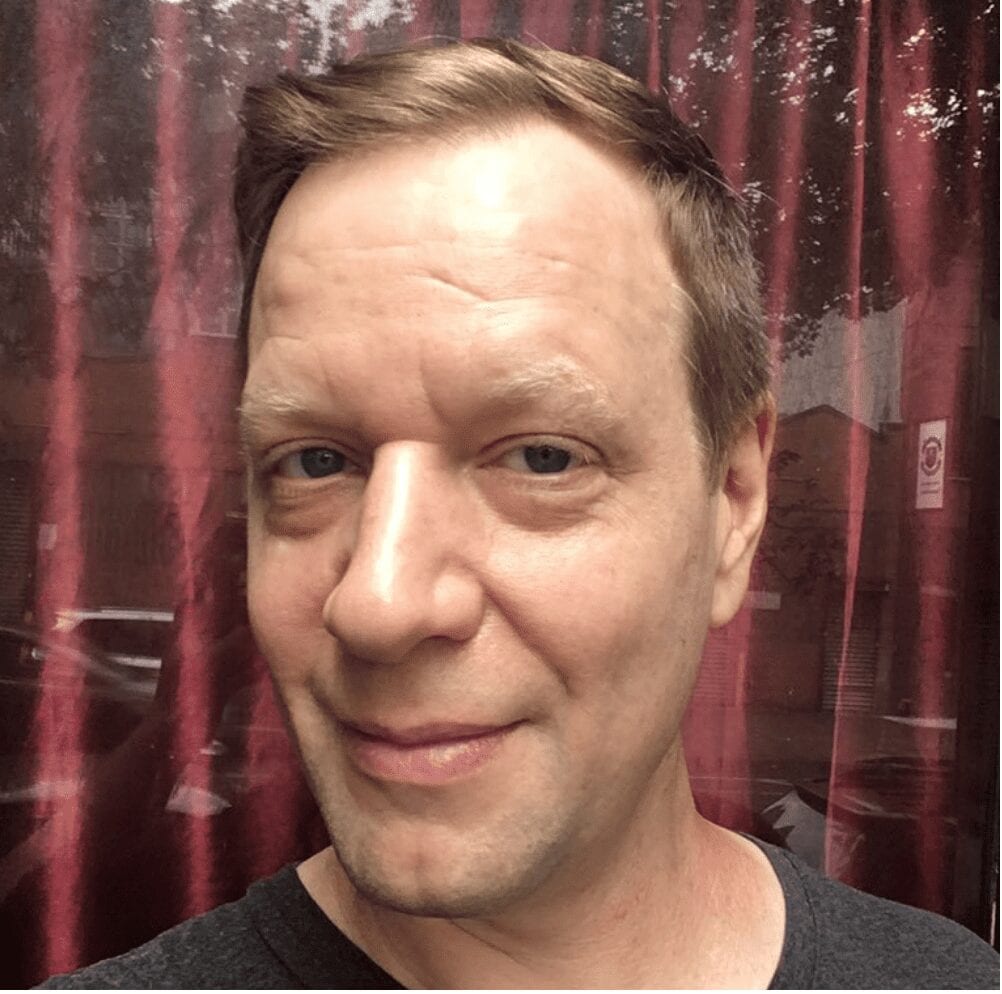 So … Michael Kupperman is a quirky guy.

His latest work, All the Answers, is a serious graphic memoir as Michael attempts to discover to truth about his father’s childhood, when he appeared on the TV show Quiz Kids.

JEFF PEARLMAN: OK, so Michael, your website bio sorta sucks, in that it tells me the different places your work has appeared, but little about you. So big, blunt, raw opening question: Who are you? Where are you prom? And how did this happen for you?

MICHAEL KUPPERMAN: I’m a big white man from Connecticut. I am half Jewish, half Scandinavian. I live in Brooklyn, N.Y. with my wife Muire and son Ulysses, who just turned 10. I decided I wanted to draw at some point in my life. Big mistake.

J.P.: You have a Patreon page, on which you wrote, “I have been making comics for nearly 30 years. Besides my 5 books, I have also had comics in the New Yorker, Fortune, The New York Times, Adult Swim, Vice, DC and Marvel publications, etc. etc. I’m now at the stage in my career where I feel I need a different model for my work.” What, exactly, does that mean? The “need a different model for my work” part?

M.K.: It means that really, the best work, the stuff people respond to, was done for myself. Most of the stuff I did for those places was stepped on heavily one way or another, edited badly, or I didn’t get what I needed from the arrangement; at times it was a downright abusive relationship. I’m Gen X, and we’re the ones who put in a lot of time taking and eating shit and at the end, all we got was a kick out the door. But really, this is about me wanting to create the best work possible.

J.P.: Earlier this year you released, “All the Answers,” which is a graphic novel about your father, Joel Kupperman, and his fame as a math prodigy who appeared on “Whiz Kids.” I’ve only been able to read small pieces, but it seems … absolutely gut-wrenching. For you, more than the reader. So … why? Why do this? Why put yourself through it?

M.K.: Well, no pain, no gain. In a lot of ways it was just what I needed to do. Not just for doing this book but I’ve become the center of the family, and without what I did that story would just be lost. And it explained so much of who we are, who I am, why things happened. The invisible limitations that have dominated me since birth, that I wasn’t even really aware of? It was intense but I think it had to happen.

J.P.: I just had a discussion the other day with an editorial cartoonist, and he said his profession lends itself to people losing their minds, going insane, suffering in loneliness, isolation, etc. And I was wondering if you see that, too? Or is that an exaggerated take on an ultimately lovely profession?

M.K.: Still waiting for that moment. Just joking … sort of. I started doing comics because some friends were putting out a comic zine and asked if I wanted to contribute. I started to get better at doing a comic and it became clear that this might be something I could do. I could communicate humor- at least to some people- through comics.

M.K.: I thought it might be funny. Twain had been a character I used for years—partly a side effect from growing up in Connecticut, where he shows up in terrible ads played by dinner-theater actors. The real Twain autobiography was being released so I thought, why not. My publisher had basically the same reaction you did. 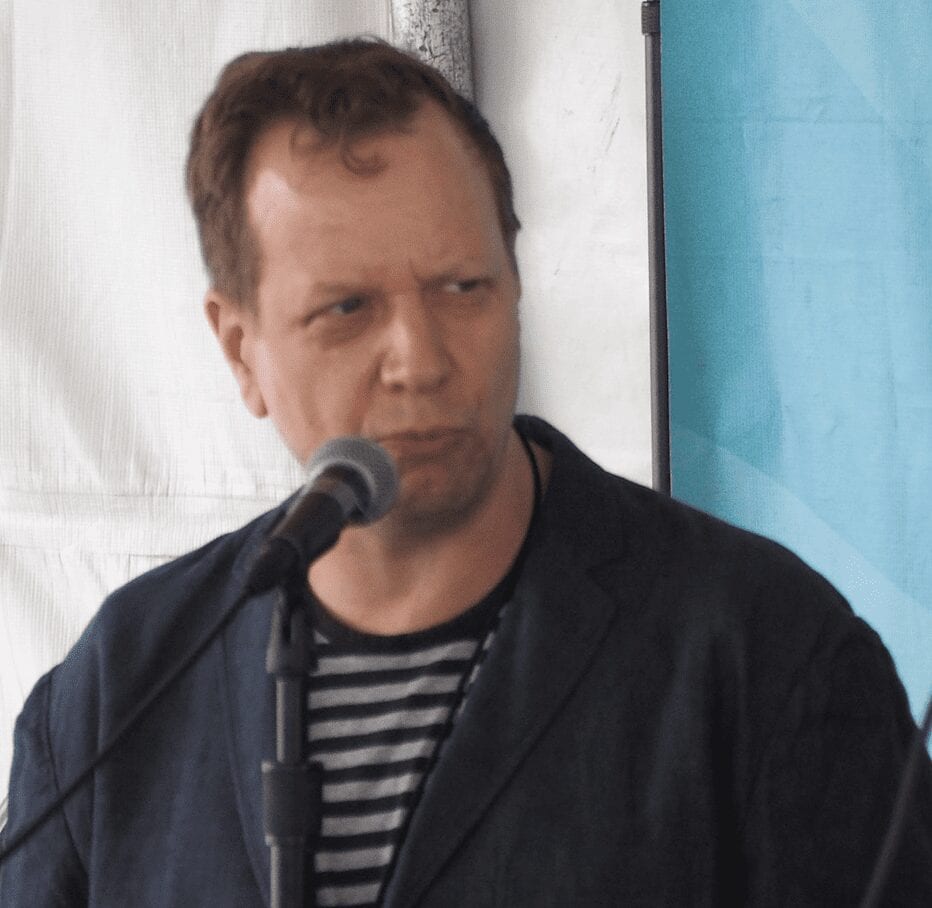 J.P.: Do you care what critics say? A book comes out—do you read Amazon and Goodreads reviews? Does negativity eat you up? Or do you simply not care?

M.K.: I am enormously sensitive—I don’t just have trouble reading negative reviews, I have trouble reading positive ones. I need attention, but my first impulse is to run away from it. I can see now, after All the Answers, that this is at least partly due to the way I was raised. I have a modesty that goes way beyond reasonable levels, to a miserable kind of self-negation. It’s bad. I don’t need outside input to be eaten up with negativity.

J.P.: What’s your day like? You’re working on a book. Soup to nuts, what are you doing? Step by step?

M.K.: There’s no reliable routine, there’s no normal, because I have no security or stability in my career, and usually no money. And I have a family. My life is chaos on which I struggle to find my way.

M.K.: When Thrizzle Vol 1 came out, that was pretty good. Didn’t last long. Hard to pick a lowest moment, there have been so many; right now will do. I have Schrodinger’s career- from one angle it’s alive, from another it’s dead. Just a fucking struggle to keep going quite often.

M.K.: We’re living in a society dictated by businessmen and populated with children. It’s depressing how far down things have slid.

• You named your son Ulysses. That’s amazing. How did you and the wife decide upon it?:
I wanted him to have a strong name for his journey through life. It’s distinctive and unusual but everyone knows it. My name sucks and I wanted my son to have a good one. He also has my wife’s last name; I felt it was time to retire Kupperman. Such an awkward, lousy Ellis-island made-up garbage last name. I oftne think my career would’ve been much better without it.

• Five reasons one should live in Brooklyn: It’s America but it’s not America. There are people from every corner of the world here. It’s never boring. You can walk everywhere. You’re surrounded by history and close to the ocean.

• Five reasons one shouldn’t live in Brooklyn: It smells bad. There’s garbage everywhere. For some reason there are four-way red lights at intersections all the time. It’s full of liberals. There are portals to hell everywhere.

• One question you would ask Kirby Short were he here right now?: Who are you? A sports guy?

• How’d you meet your wife?: We were fixed up by a mutual acquaintance, who was very good at it. I think she’s fixed up five couples.

• I used to pick my nose and eat it. Then, when I was around 13, I stopped. Can an argument be made that was a poor decision?: Yes. It may be that you’re supposed to eat your boogers, that your nose is like a laboratory reacting to the environment and the boogers are a specialized medicine it produces. Seriously, I have heard this idea spoken aloud by very smart people..

• Is Donald Trump at all funny?: It gives me no pleasure at all to admit that he sometimes is. He has the instincts of a comedian and that’s why people love him. It sucks.