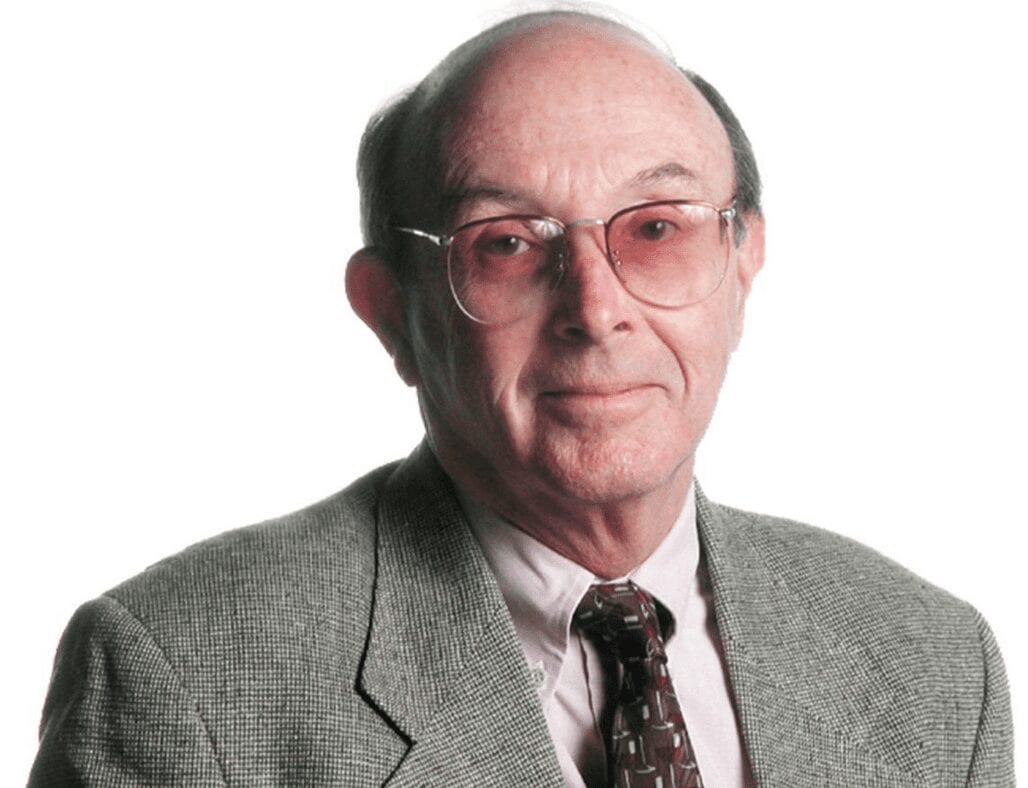 When famous people die, they are often hailed as being “larger than life.”

It’s meant as a compliment, which I understand. But in many ways, the people I’ve met who are deemed “larger than life” excel at draining oxygen from the room. They’re often those who need the attention; who have to be the center of things; who want you to hang on their every word. I remember once, long ago, dining with a supermodel at the height of her career. We were at a lengthy dinner table—probably a dozen of us—and she had a strange unspoken insistence on the world revolving around her. She was beautiful and sexy and famous and, well, larger than life.

All I wanted to do was retreat to my room for pizza and a made-for-TV movie.

Bill Fleischman the longtime Philadelphia Daily News sports writer/editor who died today at 80, was not larger than life. He wasn’t even close to larger than life. He didn’t need to be heard. He didn’t want the buzz. Take Skip Bayless and Stephen A. Smith, flip them 180, and you have Bill. Kindness. Empathy. Understanding. Decency.

We first met back in the early-1990s, when I was a young student at the University of Delaware and Bill was an adjunct professor teaching two classes—newspaper layout and sports journalism. He was, from the beginning, my all-time favorite teacher. First, because he was doing it. The journalism faculty members at Delaware were excellent, but many had been in and out of the reporting game; hadn’t had a byline in eons. Bill, on the other hand, didn’t just tell. He showed. There were his bylines, right in front of us, on the pages of a big-time newspaper. He could talk to us about what it was to cover the Flyers during their 1970s heyday; could talk to us about Mike Schmidt and Pete Rose and Dr. J and Ron Jaworski. Once, he took our entire class to the Vet for a Phillies game, and landed us a 20-minute Q&A session with Jim Fregosi, Philly’s manager. I was blown away.

Best of all, Bill cared. Like, he really, really, really cared. About me. About the kid next to me. He took journalism very personally, and desperately wanted you to share that passion. And if you did (as I did. And Mike Freeman did. And Tara Finnegan did. And Dan Levine did. And Matt Konkle did. And Jeff Gluck did. And so many others did), you were in. Bill was your friend; your mentor; your confidant; your outlet. I couldn’t possibly count the number of times Bill handed me a piece of paper, or sliver of newsprint, with red pen circling a headline or paragraph. “Thought you should see this.” Even long after I left UD, he’d call with thoughts on the student newspaper. “You know, there’s this kid, Chris Yasiekjo. He wrote a profile of Tubby Raymond that’s really excellent …”

I’ve written about this plenty of times, but at Delaware I was a major fuck-up. So many errors. So many lapses in judgement. And while the other professors (rightly) took me to task, Bill never did. He’d invite me to sit down, to chat. He let me know the bubble that is campus life wasn’t the real world, and that all things pass. Looking back, I think that perspective came with being an adjunct, and having a place (the legit journalism world) to escape to. There was always a game to cover. A profile to write. 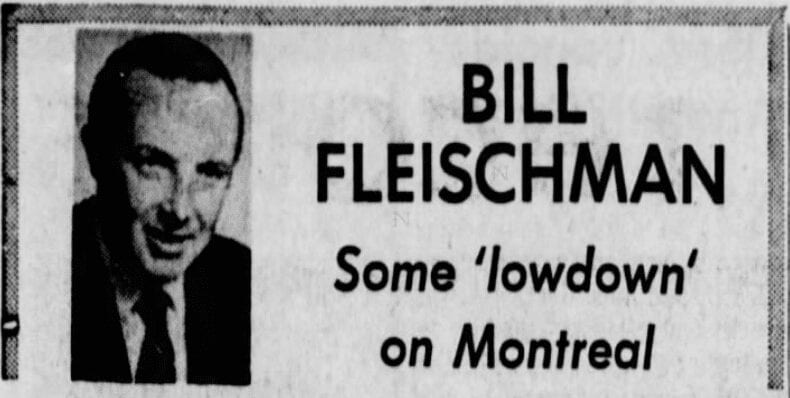 Upon graduating in 1994, I immediately forgot the names and faces of 97 percent of my professors. But not Bill. We would talk, oh, every two months or so. He invited me to speak to his sports journalism class on multiple occasions, and would introduce me with a warning—”If you don’t like a few curse words, Jeff might not be your guy.” He attended my wedding, as well as the weddings of (this is an educated guess) dozens of other alum. Bill took tremendous pride in the success of his former students. Mike Freeman covering the NFL for the Times was his victory. Jeff Gluck becoming a NASCAR mainstay was Delaware (Delaware!) making an impact. He loved updating you on other alum—”Did you see Mike Lewis had a piece in the …” or “So have you spoken with Tara lately?” On the rare occasion Bill might brag, it wasn’t actually about him, but his wife. “Babs is back on the golf course again,” he’d say. “She even hit a few that went straight …”

One of the things that stands out to me about Bill is this—he wasn’t actually an all-time dazzling writer in the Rick Reilly sense of the word. And what I mean is, he was extremely good and extremely prolific and extremely dependable, but he wasn’t trying to knock your socks off and change your life with a Gary Smith-esque 700-word lede. Nope. What Bill boasted was far more important in this game: He was empathetic. He was understanding. He was smart. He was trustworthy. Sources confided in Bill, because he wouldn’t violate. He was Philly tough, but without any of the snarl or swagger. He didn’t take shit, but he didn’t need to remind you he didn’t take shit. He loved sports, but was nobody’s homer. He was a regional guy, but a Flyers loss was no skin off his back.

I was thinking earlier today about Bill’s impact on my existence. Yes, he was a wonderful teacher. And, yes, he was a tremendous sounding board. But more than anything, Bill Fleischman showed me that one can be unambiguously successful without bragging, boasting, hyping himself up.

You can be uniquely decent, and rest well with that as a legacy.

You don’t need to be larger than life to live largely. 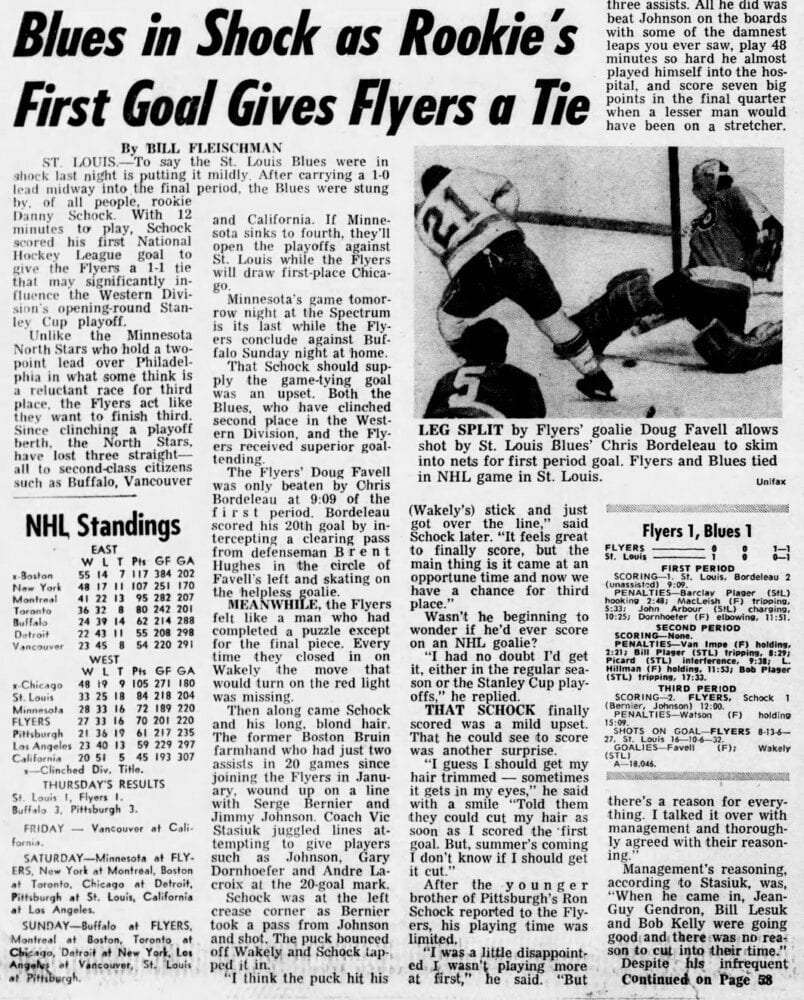 PrevPreviousJohn Rocker owes me a ton. He’s just too dumb to know it.
NextChristopher John FarleyNext