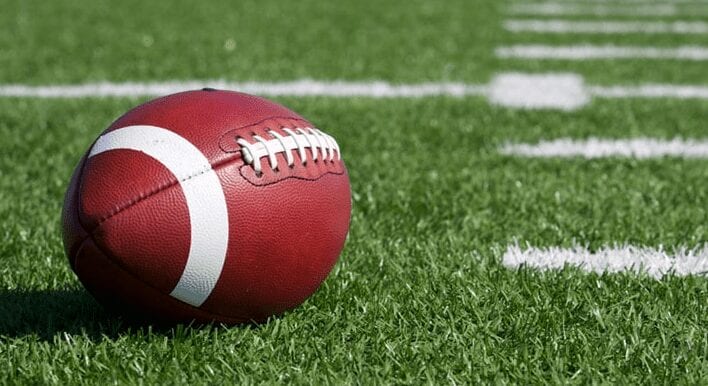 My son Emmett is 9, and he plays on a youth flag football team. This is his first season, so he’s significantly less experienced than some of the other kids. The star, for example, plays in three simultaneous leagues. Which, of course, is pretty nutso. But, man, can he run.

Today, Emmett’s team won its first game of the year … and for the second-straight week Emmett appeared for all of three possessions.

I was not happy.

The coaches seem like nice guys—in particular the head coach. But there are two assistants. One berates his kid on the sidelines when he screws up. And the other bragged to me about playing college ball at Utah State, then trying out with the Dallas Cowboys. I found this pretty interesting, so I went to the Utah State all-time letter winner listing. He’s nowhere to be found. Then I Googled his name with “Utah State.” Nothing. His name with “Cowboys.” Nothing. His name with “Dallas Cowboys.” Nothing. I don’t want to embarrass the man, who is—to his legitimate credit—taking the time to volunteer coach. But I do not dig his style. First, he shoves kids in the back toward the line of scrimmage, a la Woody Hayes back in the day. It’s not violent, but it’s jarring, and kind of weird. Like a dog establishing dominance. Second, his son (the star) never leaves the field. Like, never, ever. Which is uncool. When I coach, I always make sure my kid serves his time on the pine. He was one of my better players in baseball last year, but he sat out more than anyone—by design.

Really, that’s the thing that irks me: Coaches say the first priority is fun, but too often that’s nonsense. The game starts, the sweat trickles, the whistles blow—and the need to win takes over. And I’m not opposed to winning. And I’m not opposed to having the best players on the field at the end. My kid can play the minimal requisite amount, and we’re cool. I get it. I truly do.

But I think back to my boyhood when, for one season, my 9-year-old brother David played youth soccer. He was a bad athlete, and the coach made sure he knew it. David was on the field only for the bare minimum amount of time, and solely positioned way back where he could do no damage. It was painful to behold, and David felt like the loser he was positioned to be. And for … what? Forgettable wins. Disposable wins. Wins that come and go from memory. It’s ludicrous.

I always hear of the virtues of youth sports, and I sometimes see them. But I’m also aware of the negatives. Overly competitive children rarely become pro athletes, but often become overly competitive adult douches.

My kid signed up for flag football.

It’s not unreasonable to expect him to play a little.