The Potential Staging of The Bode Miller Interview 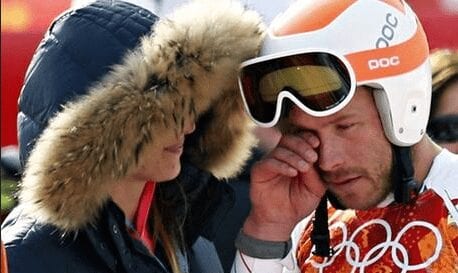 I’m not a Winter Olympic guy, but I am a media guy. I’m fascinated by the inner workings of the medium. There’s a lot of good, and a lot of bad, and it’s pretty riveting to watch and learn.

Which leads me to this …

According to a person I trust very much, and who has inside status with the ongoing Games, the now infamous Christin Cooper-Bode Miller interview was, well, not what it seemed.

To begin with, NBC has presented the interview as a spontaneous outpouring of emotion; of an athlete overcome by tears and heartbreak in the moments following a big life event. Truth be told (and this is fact), NBC initially interviewed Miller moments earlier, while he was working his way down the RHB (Rights Holding Broadcasters) Line. Each rights holder receives 90 seconds of allotted time with the athlete, and then he/she goes to the next reporter. Anyhow, Miller moved on … and then NBC called him back for a second interview, during which the breakdown took place. Other journalists, according to an on-the-scene source, went nuts, complaining about the unfair treatment afforded the network.

This is also when something quite strange happened.

Morgan, who had been mic’d by NBC during the race (she watched from the friends and family section), was credentialed … by someone. It had to have happened well before Miller earned a medal; it had to have happened far in advance of the Cooper interview. People who worked in high levels of the IOC were asked how Morgan snagged a pass—and nobody had an answer.

So, let’s add it up. Bode Miller snags a medal. NBC interviews him, he moves on. Then NBC interview him again, and never mentions the first interview. Then his wife (poof!) materializes to cap off the moment.