One way to report 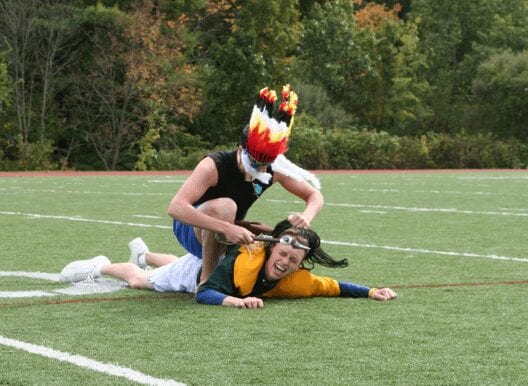 In the aftermath of my recent Bleacher Report recollection of the John Rocker story of 1999, the long-retired pitcher cited some of the different people in sports who I’ve apparently wronged or done in. He mentioned David Wells. He mentioned Mike Ditka. He mentioned Will Clark. And, of course, he mentioned himself.

I’m not mad at John for this. My story made him look like the toolbag that he is, and he limply battled back. Fair enough.

But it raises an interesting point about journalism, and the perception of journalism in 2014.

Rocker is right. Wells, Ditka and Will Clark were all—at one time or another—mad at me. Hell, I suppose they might still be mad at me, though I’d suspect they probably don’t remember who I am. The thing is, when you’re a journalist people are sorta supposed to be mad at you. That’s because, when you report the hell out of something, and write with truth and conviction and a lack of bias, it can sting and bruise. But that doesn’t mean you’re wrong. In fact, it often means you’re right.

So let’s look at the three cases. Because they’re all kind of fascinating to me …

• David Wells: In 2000, Sports Illustrated assigned me to write a piece of Wells, who at the time was pitching wonderfully for the Toronto Blue Jays. I approached Wells in the clubhouse one day, and he told me he wouldn’t grant a one-on-one interview. It was nothing personal, he insisted. Just a beef over some past incident with SI. So I hung around for group interviews (he was fine with that), spoke with teammates and coaches, etc … etc. The thing that struck me—that really struck me—was how Wells was so insanely athletic while also being so insanely fat. He wasn’t merely big or wide. He was borderline obese. Hence, my story came out with this lede (which Wells absolutely detested):

David wells is fat. Not phat. Fat. He is not a work in progress, not a lug trying to shed some pounds, not a Weight Watchers washout. Over the past 13 years, since Wells broke in as a reliever with the Toronto Blue Jays, players and trainers and managers and general managers and owners have spent time—too much time—trying to convince themselves and the rest of the world that Wells was a fat guy in search of a skinny body. Nothing could be further from the truth. Wells is a fat guy who is content being fat, and if he is in search of anything, it is a beer: Coors Light, in a bottle, please. Everything about Wells is fat. The three likenesses of family members tattooed on his upper body are fat. The dark-brown goatee that could comfortably house a family of six robins is fat. His fingers and toes, his ears and nose, his forehead and chin(s) are fat. Even his voice sounds fat, the words spewing forth in a husky tone, with a fleshiness to them.

Now, did I go too far? No. Features are about descriptive writing, and bringing images to life. Plus, what followed was a complete and total appreciation of Wells being able to accomplish so much with, ahem, so much. It was, to me, a natural focus of a David Wells piece—huge guy, huge results. Wells, however, was furious. He also later admitted he hadn’t actually read the story. So … hey.

• Mike Ditka: After Sports Illustrated ran an excerpt from Sweetness in 2011, Ditka was asked by a Chicago reporter what he’d say to me were I there. The passage, after all, dealt specifically with Walter Payton’s depression and infidelity. Ditka then spit on the ground—Pfft! Jarring stuff. Ditka also called the book “pathetic” and “despicable.” He said I was motivated by money and that my reporting couldn’t be trusted. Ditka also, ahem, hadn’t read the book. Knew nothing about the book. Later acknowledged that he shouldn’t have said what he did. In fact, when the book finally came out, and people were able to read through all 490-something pages, there was an acknowledgment that, damn, this guy reported the hell out of Walter Payton’s life; that the book was gripping and emotional and very, very fair. Nobody called the book tabloid-ish, or exploitative. It was a chronicling of a life. A thorough chronicling. Ditka had simply responded to the 1/1,000th of the book that he was privy to.

• Will Clark: As I’ve now written about several times, Clark tore into me after the Rocker piece ran—and I tore back years later with a Deadspin piece titled (perfectly) WILL CLARK IS A CACKLING DOUCHE. For my money, Clark was the worst of the worst—a mean, angry, ignorant man who was eyed warily by African-American teammates. He hated me because I dared write the Rocker story.

The point here, truly, isn’t to evoke Rocker. It’s to explain how, when things are reported well, and you’re not trying to make friends (or, for that matter, enemies) of the athletes, people will inevitably have bruised feelings. That’s why, years later, Rocker continues to tell one white lie after another about how, truthfully, we were engaged in these societal debates about politics and immigration. Because he’s bruised. And embarrassed. And a bit vulnerable.

But one having those feelings doesn’t damn the writer.

It often validates him.