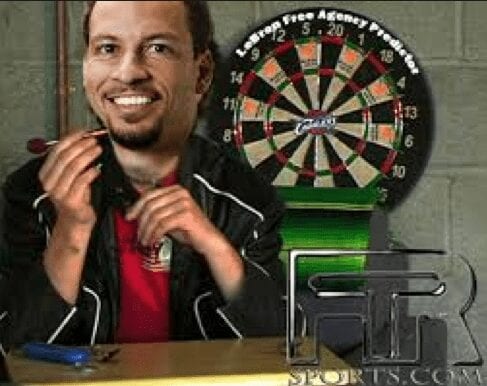 A couple of hours ago, while working out at the gym, I was simultaneously reading the New York Times and watching ESPN’s coverage of NBA free agency.

It made for a striking juxtaposition.

The article that caught my eye was written by Vivian Yee, one of the newspaper’s Brooklyn corespondents. It was headlined, FINAL SALUTE FOR FIREFIGHTER, and detailed the funeral of Gordon Matthew Ambelas, a lieutenant in the New York City Fire Department who died in a blaze on Saturday. The piece was absolutely beautiful—understated, sensitive, precise. I feel like, 97 percent of the time, readers gobble information without considering the skill involved in detail gathering. Yee clearly asked questions, paid attention, understood how one writes such an article. It’s a tribute to a fallen firefighter, without being a puff piece. Just … great. Bravo.

The TV personality who caught my eye was Chris Broussard, one of ESPN’s talking heads and—in my worthless opinion—one of the biggest buffoons in the business. In case one thinks I write that out of jealousy … well, think again. My interest in TV is minimal. I appear on Jim Rome’s show every three months or so, and it’s enough for me. I’m a writer—that’s my love. The written word.

I can appreciate television. I have friends who work in the medium; people like the great Mark Kriegel; like the great Bob Ley; like the great Seth Davis. They’re good at what they do, because it’s not about—in Bob’s words—”Red Light Fever.” They’re reporters at heart; gatherers and dispersers of information. They don’t guess or pretend to possess knowledge they lack. If they have questions, they ask. If there are holes in their narratives, they either fill them through proper channels or admit to lacking stuffing.

Broussard, however, is incapable of doing this. I’m sure he makes telephone calls. But what he’s really, really, really good at it is, well, guessing. And supposing. He’s the master of If-then reporting—meaning “If LeBron is having lunch with Wade … then he’s probably interested in staying with Miami.” It’s laughable nonsense, and it forces us to forget that real NBA reporters—Adrian Wojnarowski chief among them—do genuine digging, without needing the bullshit airport recognition that comes with being loud and fake authoritative. Or, put simply: If a professional doesn’t know something, he says, “I don’t know.” If Broussard doesn’t know something, he guesses. Or bullshits.

PS: Not gonna lie—my awareness of Broussard’s awfulness dates back to his take on Jason Collins. He is an ignorant man. Ignorant men don’t report well.