If only he didn’t steal the cigs … 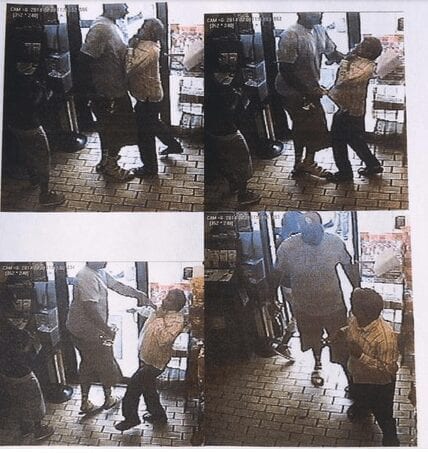 I am 100 percent convinced that many, many people across this nation—almost all of them white, almost all of them financially comfortable—believe (in some form) that the police were justified in shooting Michael Brown.

Why? Because—the thinking goes—he stole something. He went into a store, took objects that weren’t his and shoved the clerk into a shelf. So he brought this upon himself. He committed the crime, he deserves whatever comes his way. He was just another thug thinking he can do whatever he wants. So, if he gets shot, whose fault is that? The police officer simply reacted to a threatening situation? No, no, no.

What was he supposed to do?

Here’s what many folks miss: Even in 2014, growing up black (and especially poor and black) in this country is a beast. You’re always labeled; always presumed to be a certain way; always guilty. I’ve never been to Ferguson, Missouri. But it sounds a lot like Gary, Indiana, a place that’s never escaped me. Like Ferguson, Gary was once a thriving small metropolis with active businesses, quality schools, beautiful parks. Then, gradually, the white flight began. And continued. And continued. The medium income plummeting. Companies bolted. Storefronts boarded up. Before long, Gary was almost all African-American, with crumbling schools, little support and no infrastructure. To grow up there isn’t to dream of attending a four-year college because, well, very few people even see that as a goal. I spoke with LaTroy Hawkins, the Gary-born Major League pitcher, about this last year. “Hope died in Gary,” he said, “and you’re left with awful options.”

The same, it seems, goes for Ferguson.

When hope dies, and optimism crumbles, and you’re left with sub-mediocre options, and the police show up to (generally) harass and suspect, where do you turn? Who do you trust? Where do you go?

But I do know this is way beyond a kid stealing some cigs.