Skyping with my folks 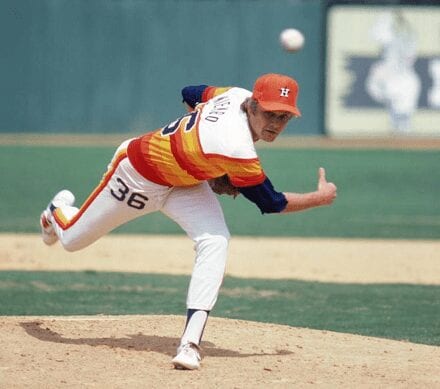 Because my parents stubbornly refuse to switch to iPhones, we don’t FaceTime, we Skype. Which is terrific, because it bridges the gap between Florida and California, and allowed them to share the first night of Chanukah yesterday evening.

It does, however, come with its complications.

Skype isn’t complicated. But it’s something the parentals struggle with on occasion. Last night was a perfect example.

First, we had this … 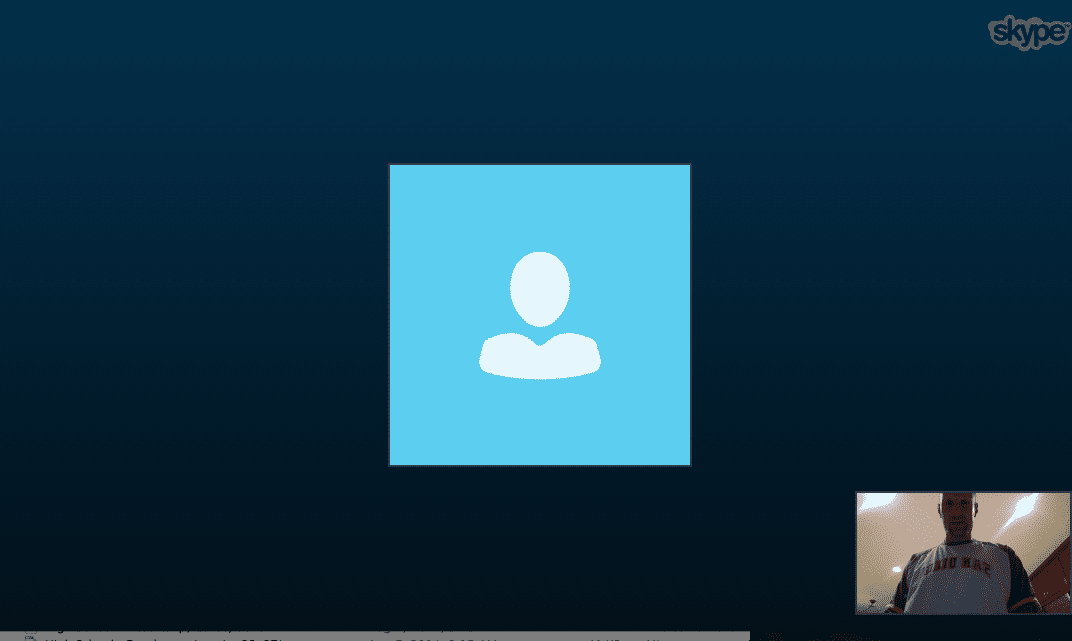 The blue-and-white square is where my dad’s face had appeared seconds earlier. Then it vanished. Then it returned! 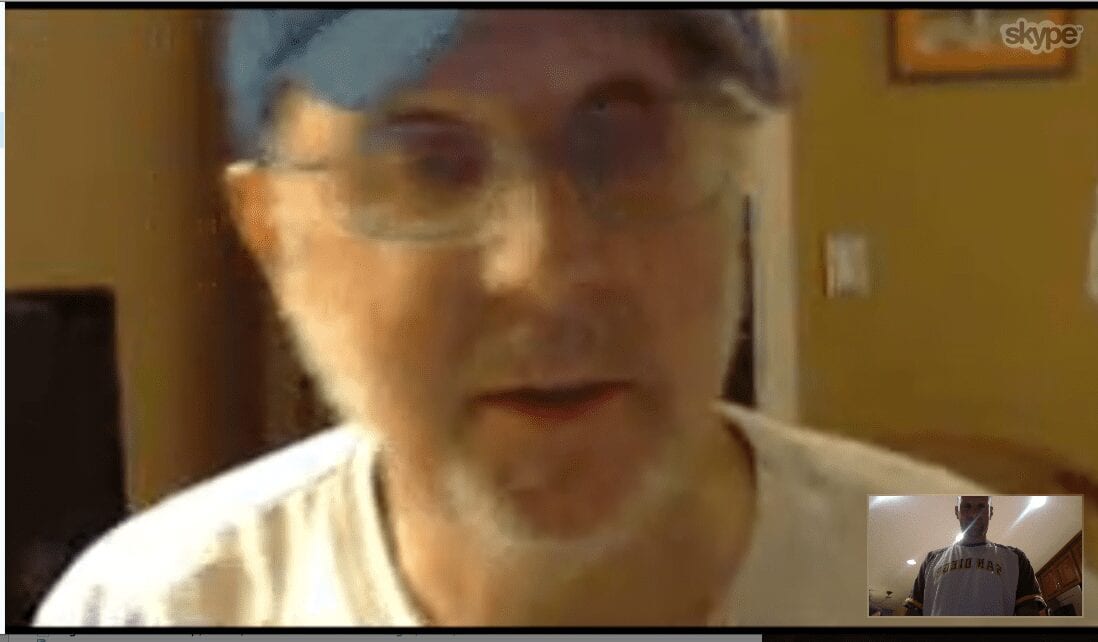 So that was great. My dad is my hero and my role model and someone I’ve tried to pattern my life after in myriad ways. But, dammit, he couldn’t get the sound to work on his end. He could hear us, but we couldn’t hear him. Which led to an awesome moment where the son and I mouthed words his way. It was pretty terrific.

Eventually we just called their phone and started to talk. That’s when my mom, who I love as a parent and friend just as much as Dad, took the screen. 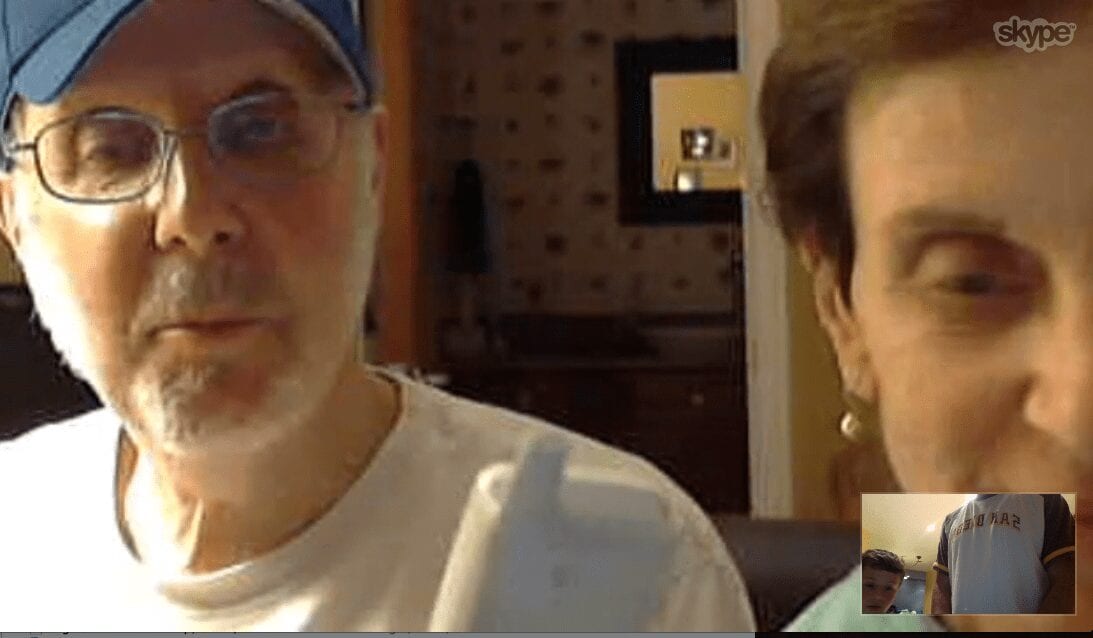 My mom is the best. She’s a former probation officer and substance abuse specialist. Loving, but also tough as nails. Skype, however, isn’t her closest friend. In the four or five times we’ve Skyped since the move, I’ve had multiple chats with her right eye, her cheek, the bottom of her lip.

Ultimately, with some effort and much affection, they both center themselves on the screen. Which is dandy.

But I just wish they’d get iPhones.