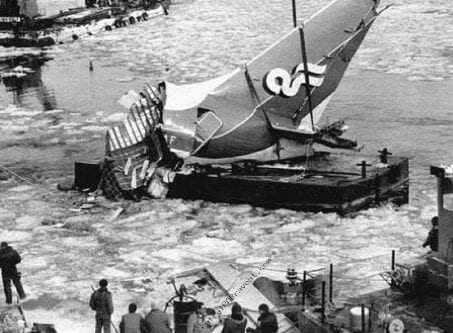 In case you missed this, earlier today an AirAsia plane went missing during its flight from the Indonesian city of Surabaya to Singapore. There were 155 passengers aboard the Airbus A320-200. In all probability, they’re 100-percent dead, somewhere deep within the ocean.

But it’s also haunting and, truth be told, I think that—more than anything—is what draws us to flight disasters. They’re haunting. Really fucking haunting. When you participate in one, you almost certainly die. But they don’t involve exclusively celebrities, or foreigners, or third-world countries. They’re not just soldiers or pilots or business executives flying chartered planes too close to the sun. Put different, it’s not the sort of thing where the normal person can say, “Yeah, plane crashes suck. But they only happen to ________.”

I won’t speak for others, but whenever I read about incidents like today’s tragedy, I picture myself on the plane, palms sweaty, screaming, crying, desperately trying to call the wife, shoving an oxygen mask against my face, head bent toward the knees, bracing for an impact I won’t possibly survive. I think of all the times I’ve flown. All the scary (to me) moments of heavy turbulence and weird shaking and (if I’m being 100-percent honest) suspicious glares and scowls in the waiting area post-9/11.

I also think back to my childhood; to a day that changed my entire perception of flight. On January 13, 1982, I was a 9-year-old boy living in Mahopac, N.Y. Innocent. Pure. I still remember hearing the news—Air Florida Flight 90, en route from Washington, D.C. to Ft. Lauderdale, had crashed into the 14th Street Bridge and then plunged into the Potomac River. There were shots on the news of pedestrians jumping into the frigid water trying to save people. There was a wing sticking out of the water. There was death—lots and lots of death.

There was also a made-for-TV movie several months later that scared the living shit out of me, and has never fully left my brain. I still imagine what it must have been like, seeing the bridge for that split second, then …

I love traveling, and I hate hearing of people who refuse to fly out of fear. I actually used to work with a woman at The Tennessean who’d only been to two states (Tennessee and Kentucky) and it broke my heart. There are so many things to taste and see and feel. The fear sucks, but it’s not worth keeping yourself from seeing the world.

But I get the fear.