Kirby Delauter is a fool 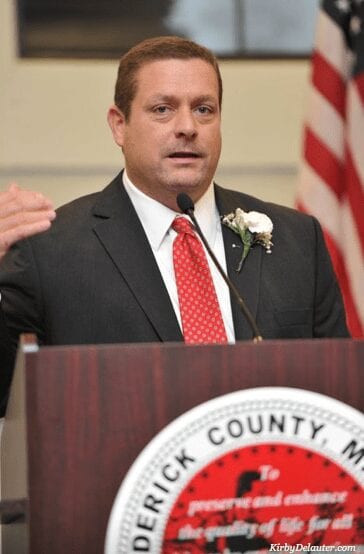 This story fascinates me.

There’s a man named Kirby Delauter. He’s a Frederick County councilman in Maryland. He recently made it clear on his Facebook page that if the local newspaper, The Frederick News-Post, continues to use his name or make any reference to him, sans permission, he will sue.

“So let me be clear,” he wrote. “Do not contact me and do not use my name or reference me in an unauthorized form in the future.” He also added: “Use my name again unauthorized and you’ll be paying for an Attorney. Your rights stop where mine start.”

First, you fool, there’s no reason to capitalize “attorney.” Second, you’re a fool. Just in case I didn’t make that clear, by already twice calling you a fool. In fact, lemme make this super clear …

But I don’t pity the fool. I mock the fool. Because what sort of fool elected official thinks that, legally, a publication cannot use your name without asking first? Were this the case, newspapers and magazines would cease to exist. Those 8 million crime reports? Gone. Obituaries? Gone. There was a New York Yankees shortstop who retired last year. He wore No. 2. But that’s all we can say, because he did not allow us to print his name.

But wait. It’s gets better. There’s a man named Billy Shreve. He’s also a councilman, though it’s unclear why an adult goes by “Billy.” Anyhow, Billy Shreve is also a fool. He didn’t like a particular article in the The Frederick News-Post, and believes someone should, truly, take action against the newspaper. “I did not see [fool Kirby’s] post,” he said, “but I think The News-Post is extremely biased and someone should sue them.”

This, from the News-Post article: When asked if news media outlets should obtain permission to publish an elected official’s name or reference, Shreve said, “I think media outlets are cowards and they hide behind the label of journalists and that’s a bully pulpit to expand their liberal (agenda).”

PrevPreviousThe place where I sit
NextMark Whiten at table six …Next