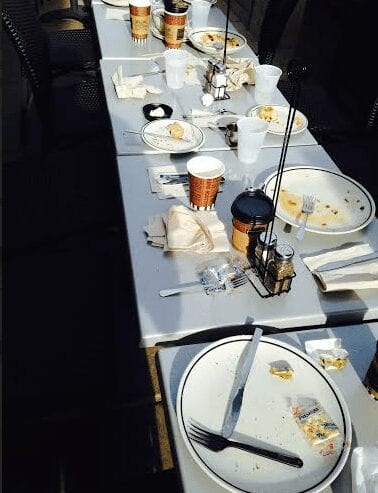 I just took this photo about two minutes ago. It’s an abandoned table here at the Corner Bakery in Irvine. Nearly all of the cups are at least 75-percent filled with water.

About 25 minutes before that, while driving through community, I saw this …

It’s excess water running down the side of the streets. As it does every morning. Every single morning.

About three minutes before that, I saw a guy on my block washing his car with a hose. Spraying the tires, the trunk, the hook. Making it nice and clean and spiffy.

And, slowly but surely, I am losing my shit.

I case you missed this, a couple of days ago Jay Famiglietti, the senior water scientist at the NASA Jet Propulsion Laboratory and a professor of Earth system science at the University of California-Irvine, wrote a piece for the Los Angeles Times. The basic premise: In a year from now, the state of California will almost certainly no longer have water.

I know … I know—propaganda. Scare tactic. Liberal nonsense. Bullshit. Well … no. No, no, no. This isn’t a political issue, or even an environmental issue. It’s simply a matter of supply, demand and a crippling drought that has rendered the nation’s largest state largely water-less for the past half decade. Or, put different, we have too many people and not enough water, and it’s running out—quickly.

There are complications. California’s agricultural needs are sucking up water at a Flash-like pace. Talk of desalination (the transformation of sea water into drinking water) has offered some false hope of a quick solution (a huge problem: what to do with the extracted salt). The government has done painfully little to enforce conservation.

But, at least here in Orange County, the greatest issue seems to be indifference. Or, really, selfishness. People just don’t think about it. Or care. They wash their cars, wash their boats, run the sprinklers for 20 minutes to cover a 5×5 swath of grass. Everything is green and lush. Hell, right now, as I write this, I look to my left and see this … 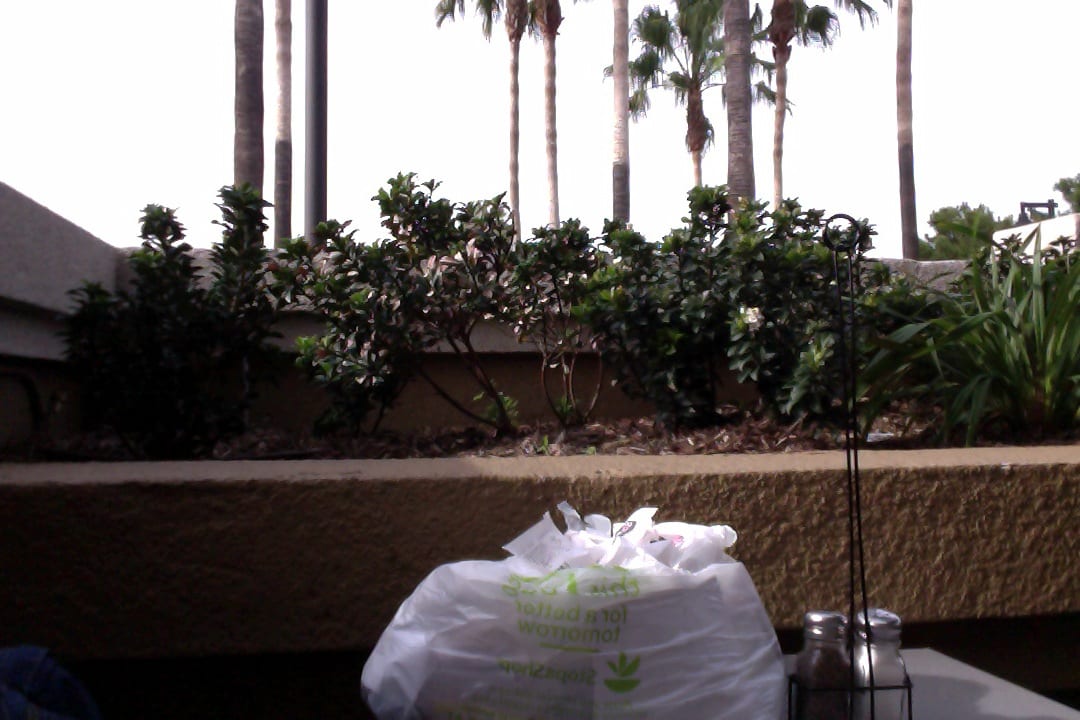 It kills me. Just kills me. But I don’t know what to do. Do you try and become a leader of the (seemingly nonexistent) conservation movement? Do you badger neighbors? Do you do your best to take care of your own shit and not worry about others? Do you just assume the government will come up with something; that this is just another in a long line of so-called problems that work themselves out. Killer bees coming up from Mexico. The Soviet Union launching nukes. Ebola in America. Just last week, I was having dinner with a former NBA player and he said, with a smile, “There are people much smarter than I am who will take care of business.”

Or are we just fucked?

PrevPreviousStop labeling all fraternities as evil
NextBag out the windowNext