When guys like Stephen A. Smith and Michael Wilbon turned celebrity 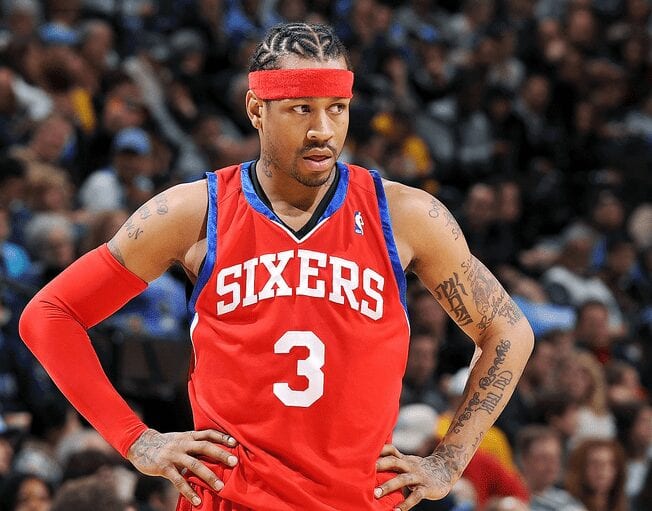 I was greeted by a story this morning that made me want to vomit.

There is a new book that came out three days ago. It’s a biography of Allen Iverson, written by a respected Washington Post reporter named Kent Babb. The title: Not a Game: The Incredible Rise and Unthinkable Fall of Allen Iverson. According to Babb, Iverson’s infamous-turned-famous-turned awesome “Practice! We’re talkin’ about practice!” rant was fueled by alcohol, not merely anger. Apparently Iverson allegedly went out drinking before the diatribe, blah, blah, blah. Good stuff, if not overly shocking.

Anyhow, earlier today Stephen A. Smith—knower of all, reporter of none, carnival barker to the world—thrashed Babb’s work (which, ahem, he apparently hasn’t read), calling the story a “flat-out lie” on ESPN. “I’ve known Allen Iverson for 19 years,” he said. “Allen Iverson and I speak every week. We spoke this morning for 45 minutes. I might know a thing or two about basketball. I might know a thing or two about a lot of things. I know a hell of a lot more about Allen Iverson. I challenge any journalist to tell you they know him better than I do … Allen Iverson and I spoke for 45 minutes this morning.”

He continued: “The reason I’m speaking out about this is because it’s an exercise in cruelty. Allen Iverson is retired. Allen Iverson is not playing any more and you are going to literally sit there and talk about something you believe happened over 12 years ago? Let me tell you something right now. Allen Iverson, I know Allen Iverson. Listen, he’ll tell you, if anybody knows if and when he is drunk, it is me. You understand. I can tell you for a fact that man wasn’t drunk.”

OK. Where to begin?

First, to Stephen Smith, go f*ck yourself. You used to be a journalist. You used to be a reporter. Then, when the money and the bright lights arrived, you stopped—and turned hype man. Which is fine. Truly, I have no problem with this. ESPN has blessed you with a comfortable life, one where you do little work (and scream incoherently) for great reward. Mazel tov.

But do not bash people who do actual reporting; who spend years digging into a subject and learning and reporting and uncovering. Guys like Stephen Smith are an all-too-common phenomenon—someone comes along and writes about a subject that you (Stephen Smith) feel belongs to you. And it pisses you off. Who the hell is Kent Babb to write about Allen Iverson? That’s my guy!

Stephen Smith doesn’t know whether Iverson was drunk or not drunk. He’s guessing, assuming, believing, protecting. But he can’t possibly know, unless he was either at the bar or attending church with Iverson before the presser. It’s nonsense.

For the record, I’m particularly flabbergasted by this one because, four years ago, one of Stephen A. Smith’s buddies pulled this nonsense on me. Right before the release of Sweetness, my Walter Payton biography, Michael Wilbon wrote a column slamming the book and my intentions—before even reading it and having never talked with me. Turns out Wilbon is a Chicago guy who, like Stephen Smith, used to believe in reporting and digging before he got swayed by big bucks and red-light fever. He, too, felt protective of the athlete, and lashed out in his defense. Ignorantly, naively, pathetically, unapologetically.

The problem, unfortunately, isn’t the criticism. Nope, it’s the spread of this idea that biography is unnecessary; that historical figures (be they political, social, athletic, whatever) should not be examined and probed under an unbiased light, for fear that we learn they are, beneath the glitter, merely human.

Long ago, guys like Stephen Smith and Michael Wilbon did the probing, and did it well.

Then they sold out.