Although I’m only 43, I’m thinking I’ll never live on another planet.

But after that … well, who knows? With the way we’re destroying earth, it seems inevitable that, at some point, human life will only survive if it finds another place to live. Not Kansas or Kentucky or even (ew) Texas. I’m talking another planet. Maybe even another galaxy.

As the director of advanced projects at Space Exploration Technologies, one of Steve’s primary tasks is to enable people to live on other planets. Which might seem crazy to you and me, but not to a man who sees endless possibilities; who gazes toward the stars and views beyond brights lights and shooting comets.

Oh, and he also owned a donut shop.

STEVE DAVIS: Wow, make sure Emmett knows that he asked a great question! My answer is, “I have no idea.” But I do know that, in order to travel to the end of space, we will need amazingly efficient rockets. Hopefully Emmett will help us build them …

J.P.: You’re a PhD and the director of advanced projects at Space Exploration Technologies (SpaceX)—a company whose mission is to “revolutionize space technology, with the ultimate goal of enabling people to live on other planets.” This sounds really cool and really special … but, eh, is it a realistic possibility? If so, how? When? Where?

S.D.: I hope so because that is why almost all of us work there! The vision and direction of the company is driven by Elon (SpaceX’s founder and CEO), who wants to make humanity into a multi-planetary species. In order to do that, one must first bring down the cost of access to space by a large percentage and a key breakthrough to allow this to happen is to engineer a launch vehicle which is fully and rapidly reusable. He makes the great point that, if we threw away the 747 airplane every time we flew from New York to Paris, then nobody could afford to fly.  Air travel is affordable because we re-use airplanes thousands of times. Yet when rockets fly, they are primarily one-time-use vehicles. This is why plane tickets cost a few hundred dollars, while “rocket tickets” cost tens of millions of dollars. Thus, to solve this problem, rockets must be more like planes in the way that planes are fully reusable (i.e. you don’t replace the wings after every flight) and rapidly reusable (i.e. you can fly it again in minutes).

J.P.: How did this happen for you? Like, what was your life path from womb emergence to trying to cultivate other planets? Were you always “the smart kid?” Were you the jock? Always fascinated by space?

S.D.: I actually enrolled in an undergraduate business school and initially never considered engineering.  During my sophomore year, I was watching Armageddon and decided that, if that scenario ever happened in real life, I would like to be able to help. The next day, I enrolled in the engineering school. Then engineering grad school. Then a phone call from SpaceX, which, at the time, had around 15 employees. Ten years later, I am lucky to still work for one of the most vision-driven companies in the world, which has now grown to more than 3,500 employees and approximately 50 launches on manifest.  In conclusion, my entire life path was redirected by a Bruce Willis movie. 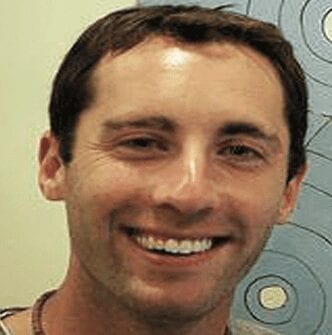 J.P.: I’m completely riveted by the Dragon Spacecraft Program—an amazing, dazzling, crazy thing that, oh, 99.9 percent of Americans seem to know nothing about. In 2012 it became the first commercial spacecraft to deliver cargo to the International Space Station. Where did the idea for Dragon come from? And what’s the ultimate goal?

S.D.: Dragon is the first commercial spacecraft to deliver cargo to the International Space Station and currently the only cargo spacecraft flying capable of returning significant amounts of cargo to Earth. Elon named it after Puff the Magic Dragon (Peter, Paul and Mary song) because many critics considered SpaceX’s goals impossible when it was founded in 2002.

Even cooler, Dragon has been designed from Day 1 to be able to carry crew (why else would a cargo vehicle have windows?!). Thus, SpaceX is working, in partnership with NASA, toward flying astronauts to space in Dragon, which we expect to happen in the next two-to-three years.

J.P.: I’m assuming you believe in life on other planets-somewhere. I’d love to hear your take on this. I mean, are we talking Alf or Predator? Will they visit? Will we find them?

S.D.: Sorry to be a Debbi Downer, but I have no idea. Just as importantly, nobody has any idea and any “educated guesses” are pretty arbitrary. However, it is fun to “take a side”—so, if it was up to me, I would love for there to be extraterrestrial life, as the day we made initial contact would be quite a day!

J.P.: You’re almost certainly America’s only yogurt store-owning Director of Advanced Projects at Space Exploration Technologies. Uh … Steve. A yogurt store? What the heck? (and didn’t you once own a donut shop, too?)

S.D.: Thanks for the plug! Yes, I own Mr. Yogato, a goofy yogurt store in East Dupont Circle. Also just opened a fun restaurant/bar called Thomas Foolery in West Dupont. The goal of all of these places is to be pure fun and to encourage silly interactions between and amongst employees/customers. At Mr. Yogato, customers get forehead stamps for discounts and we name our flavors after “30-day Champions,”—customers who come to the store 30 days in a row (one awesome customer became a 200-day champion). At Thomas Foolery, you “Plinko” the price of your Smirnoff Ice and get a discount if you perform the Cup Song as performed by Anna Kendrick (my celebrity crush) in Pitch Perfect (my third favorite movie). 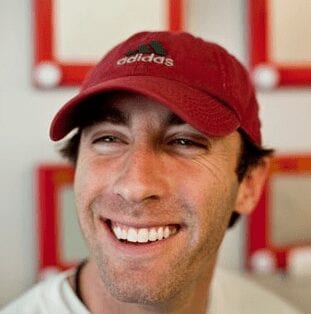 S.D.: The best moments of my career have been the initial successes of each SpaceX vehicle—Falcon 1 rocket launch in 2008, Falcon 9 rocket launch in 2010, and Dragon capsule reentry in 2010. Lowest moment of my career is when I lost a Rock-Paper-Scissors battle at Mr. Yogato, which resulted in me having to eat a yogurt smothered in Sriracha Hot Sauce.

J.P.: You work in this world of great, amazing, wonderful largeness. Space exploration. The universe. What’s out there? The answers to enormous questions. As a consequence, do you ever struggle to take human nonsense seriously? Ted Cruz and Yankees-Red Sox and the Breaking Bad finale? Are you ever like, “Ugh, is this the best we can do?”

S.D.: Not really. I plead ignorance on the other stuff and, like everyone in the company, am focused on our work and on our goal of increasing reliability/decreasing cost of access to space. It has resulted in some of the coolest flights/videos I have seen, my personal favorite being our Grasshopper Lateral Divert test. Grasshopper is a testbed for us to learn how to land a rocket efficiently and accurately, which is an important step toward a reusable vehicle. Check out the video.

In this test, the engineers are testing the vehicle’s maneuverability—it is rare to see a structure taller than a ten story building “flying sideways.”

S.D.: Similar question to the one above about whether there is life on other planets; my answer again is “I have no idea!” And I definitely don’t think about eternal nothingness at all. That doesn’t seem like a very fun topic to focus on.

• Rank in order (favorite to least): Ronald McNair, Lee Trevino, 16 Handles, Yuri Gagarin, The Cars, Sleepless in Seattle, Alabama, Joe Biden, Sammy Davis, Jr., Ms. America pageant, Nashville Predators, TJ Maxx, Dana Plato, Bryce Harper: Ronald McNair is an American hero. And I like Sammy Davis, Jr. because we have the same initials and last name. I don’t know much about the rest of the choices.

• Who wins in a 12-round boxing match between E.T. and Celine Dion? What’s the outcome?: Do you really think it would go 12 rounds?

• What do you think Voyager 1 is up to these days?: Not sure, but what an amazing job the NASA engineers did in designing/launching that spacecraft. Voyager is still communicating with Earth at a distance of greater than 10 billion miles and has been operating for more than 35 years. This is an incredible feat … can you think of any vehicle/appliance on Earth that has worked for 35-straight years without the need for parts replacement or servicing?

• Greatest present you’ve ever received?: Size-13 Heely’s (those little-kid shoes with the wheel built in). I always thought my feet were too big and clunky for Heely’s, but somebody finally hunted down a pair for me!

• How do you explain the seemingly 8,654,322 pieces of Kryptonite discovered on earth over the course of Superman’s time here? I mean, wasn’t that planet a gazillion light years away?: Have never seen Superman. But I assume everything in those movies is scientifically sound.

• What sort of results can a guy expect in using the “Did I mention I’m the Director of Advanced Projects at Space Exploration Technologies?” pickup line on a hottie in a bar?: No clue. If there is a “hottie” in a bar, my standard action would be to nervously look at my feet.

• Three memories from your first-ever date?: Will let you know when it happens!

• Given the chance, one question you’d ask Ethel Merman?: Not sure who that is, so I guess my question would be, “How is your day going so far?”

• Do farts in space smell?: Ha. Can you please retract this question?