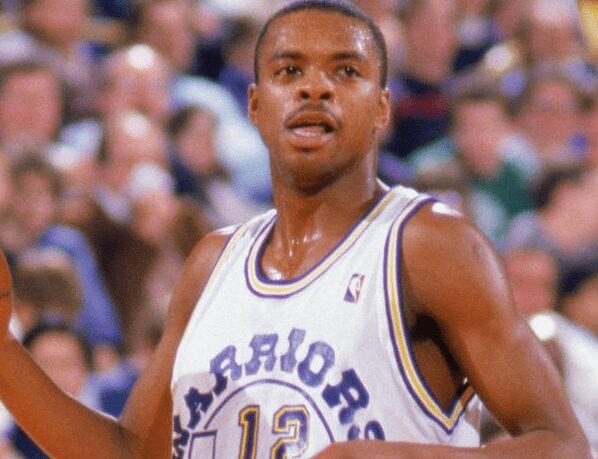 Three years ago, I thought my basketball days were over.

A doctor told me I had degenerative discs in my lower back. She said I needed to re-think fitness, and consider dumping activities that caused me particular pain. The first thing to go was distance running—and my heart broke. I’ve run 11 marathons, hundreds of road races, a year of college track and cross country. Running was an enormous part of my life, and now it was gone.

Then, there was basketball.

Like running, basketball set off my lower back. I’d play and feel it. Ice did nothing, heat did nothing, a chiropractor did nothing. So, I stopped playing, and settled into a life of elliptical machines and stair masters and the like. Which, naturally, sorta sucked.

Then, late last year, we moved to Southern California. And I joined the nearby 24 Hour Fitness. And I knew no one. So, one day, I crept onto the court and joined a pickup game. I was sloppy and rusty, but I’d desperately missed the rhythms and banter that accompany the game. I played a second game. And a third. When I was done, my back—naturally—ached. But it didn’t kill. Just … achy. So I took a few days off and played again—same thing. And again—same thing.

That was nine months ago. Nowadays I play twice a week, and it’s bliss. Not merely because of the return to a beloved sport, but because, at age 43, I feel like I’ve outlasted people. The guys I play with probably average, oh, 25 or 26 years. They’re young and athletic, and a small handful have played and/or do play college. But, in this rare endeavor, I’ve somehow managed to rediscover myself. I still play the annoying defense that used to make my college roommate whine. I still rebound OK, block a few shots, run hard. I can’t shoot for shit, but that’s OK—because nobody under age 30 seems to know how to defend a back-to-the-basket post player. I’m scoring more than ever—which means about 5 ppg.

Anyhow, most important is the return of joy.

I missed it badly.