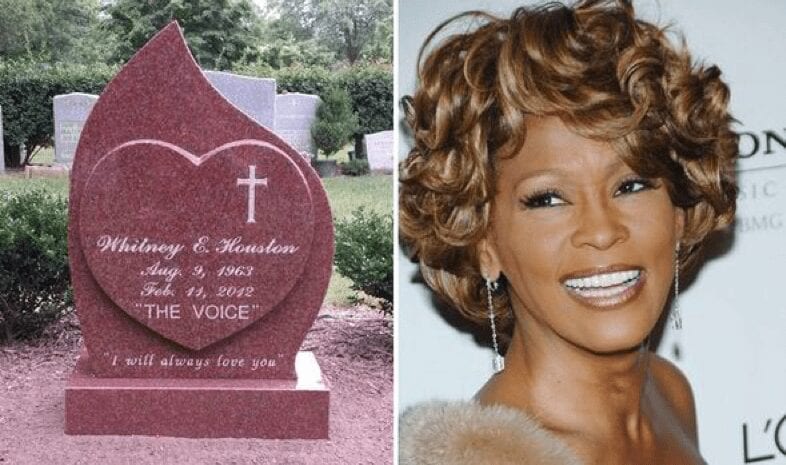 So this is truly random, but I’ve long been a closet Whitney Houston fan.

The year was 1985. I was 13, and Whitney’s debut album came out. I bought it, listened to it over and over and over, staring longingly at the photograph on the rear of the record. It was Whitney in a white bathing suit, and I knew—absolutely knew—one day we’d be together. Yes, there was the age difference—she was nine years my senior. But was that so bad? At 20, she’d be 29. At 30, she’d be 39. We’d settle down, buy a house, maybe write some songs.

Sooooooo … that didn’t work out. Whitney and I never met. She married Bobby Brown. She apparently did lots of drugs, treated people like doggy crap, lost the magic in her voice, died 3 1/2 years ago in a hotel bathtub.

That, however, doesn’t mean I didn’t love her music. I did. Almost from beginning to end. So here, because I dig lists, is my compilation of Whitney Houston’s 10 best songs.

1. Didn’t We Almost Have it All—Not merely this song, but this live version. Just Whitney Houston at her absolute best. Flawless voice, beautiful song. She was young and ambitious and about to take the music world by storm.

2. You Give Good Love—Here’s how you know when someone’s great: Hand her a cheesy song that sucks and she transforms it into magic. I’m too lazy to see who wrote this, but it’s bad (Wait, I’m not lazy. The writer was a woman named La Forrest Cope). Sucky bad. So’s the video—though 13-year-old Jeffie imagined himself as one of the painters.

3. Greatest Love of All—Interestingly, not a Whitney Houston original. This was first recorded by George Benson for a Muhammad Ali biopic in 1977. Benson was/is a big-time talent, but he lacked Houston’s pipes. Her version is 1,000 times better. The video used to sorta choke me up as a kid, though Whitney’s wig—in hindsight—is pretty awful.

4. When You Believe—In 1998 Whitney and her alleged rival, Mariah Carey, teamed up to do this one for a Disney flick. It’s nothing special (like almost all of Whitney’s songs, the lyrics ooze cheese). But the two women appeared on Oprah and just murdered it. I’ve always viewed that moment as two women at the top of their game. Now one is dead and the other—voice gone to rodent’s—is playing the Vegas Strip.

5. Where Do Broken Hearts Go—This was Whitney’s seventh No. 1 song, and she didn’t want to record it. Whitney’s videos rival Hall & Oates for pure awfulness, but this one takes the cake. It’s painful to watch for 25 different reasons. So, hey, give it a go.

6. I’m Every Woman—Chaka Kahn is awesome, and covering Chaka Kahn is sorta bullshit. But Whitney pulled it off, and helped herself by having Chaka sing on the track. It should be noted here that, for all the emotion Houston put in her vocals, she wrote absolutely nothing. Which, to me, kind of detracts from the body of work. I mean, at least Elton John writes the music.

7. Star Spangled Banner—Houston famously performed this at the Super Bowl in 1991 in front of 750 billion viewers. And the vocals are breathtaking. As are the visuals—hair flowing, white gym suit. But—and there’s a HUGE but here—she recorded it a day or two before, then lip synched herself. Which, when I learned the truth, broke my heart. And still kinda breaks my heart.

8. I Will Always Love You—Not my favorite, but hard to ignore. I’m probably the only person in the world who prefers the Dolly Parton version.

9. I Look To You—So, yeah. This song came out in 2009, and was the last thing from Whitney’s career that approximates a hit. It’s a funny tune. Whitney’s voice is scratchy, her live performances of it were dreadful, she kind of looks like my Aunt Ruth. Whenever I hear it, I think of Nina Simone covering Rich Girl toward the end of her life. Not good. And yet … it’s probably the most real Whitney ever sounded. She seemed tired and beaten down, and her voice screamed such emotions. No longer a great singer, she was good enough to, oddly, pull this off.

10. If You Say My Eyes Are Beautiful—One of the worst songs—lyrically—that has ever existed. Yet she does this one with Jermaine Jackson, and his thin voice makes her rich voice jump off the track.

** IMPORTANT NOTICE: Since writing this last night, two additional tunes have sorta entered the running; tunes definitely superior to No. 9 and No. 10. I Have Nothing is just terrific, and One Moment in Time was a pretty damn good U.S. Summer Olympic anthem.