li’l gal with aGlock and Jesus 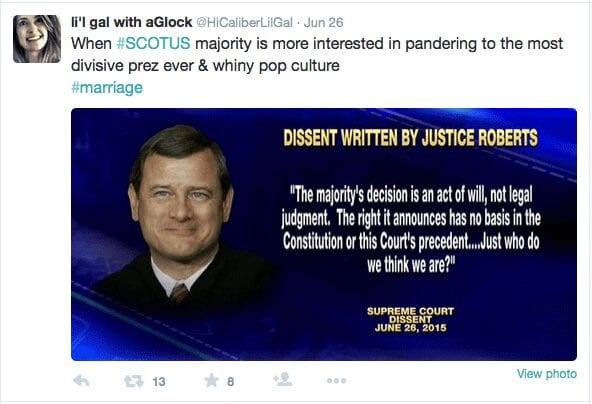 Over the past few days I’ve engaged in Twitter dialogue with someone who goes by “li’l gal with aGlock.” Her actual Twitter ID is @HiCaliberLilGal, and she seems like a sincere and likeable person. Wait, lemme re-phrase. I probably agree with 2 percent of what she writes, and I’ve found some of her sentiments to be sorta disturbing. But, I’m pretty sure she’s not disgusting or disturbing. She’s merely someone I disagree with on social issues. Or, put different, when one posts images like these … 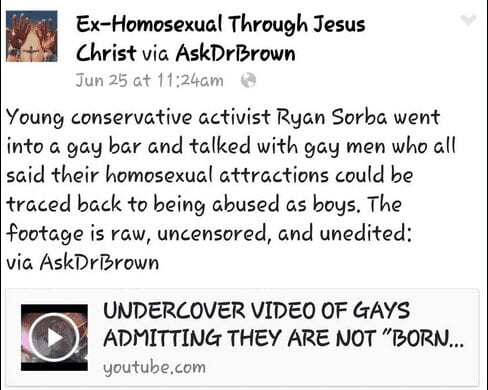 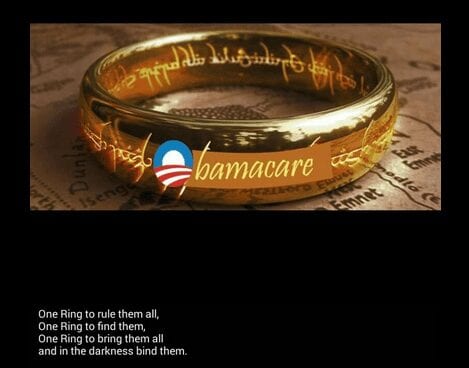 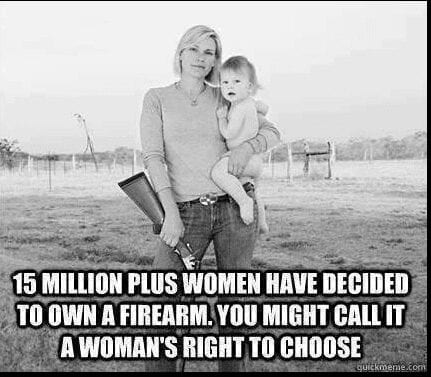 This is a toughie, because “li’l gal with aGlock” and I somehow need to coexist in a nation that’s not overwhelmingly big; one that was founded by those who believed government and church had to remain separate; that her faith in God and my faith in no God need to survive in a peaceful and harmonic way. The problem is, “li’l gal with aGlock” doesn’t seem to understand how I think the way I do, and I don’t really understand how “li’l gal with aGlock” thinks the way she does. Like, I don’t get how someone can be both pro-life and pro-death penalty—especially when there have been cases of people erroneously residing on death row. Like, I don’t get how one can claim to love and worship Jesus Christ, man of peace, and also own a Glock (and brag about it—even when statistics show, decisively, that living with a gun in the home is far more dangerous than living without one). Like, I don’t get how someone can praise the creator, yet support a political party/movement that shows little-to-no interest in his (ahem, His) creation. The Republican Party has spent years trying to de-fund and abolish the Environmental Protection Agency. How is this Christian? I can understand one wanting to shrink the government. But … the EPA? The safeguard of the environment? Shouldn’t the most pious among us love the EPA?

From my vantage, the most difficult issue here is that “li’l gal with aGlock” and many of her cohorts see the world through a Godly prism. Which I understand, and can even appreciate. But that places Biblical expectations on those of us who think it’s all crazy talk. Gay marriage, for example. On her Twitter feed, “li’l gal with aGlock” has repeatedly posted examples of how gay marriage violates God’s laws. And, I suppose, that argument can be made. But what if you don’t give two shits about God’s law? What if you think there’s something that rises far above the Bible—namely, common sense and reason and decency and kindness and empathy and understanding and an allowing for change and evolution? What if you look at the Bible as, in many cases, a guide of what not to do?

Maybe—just maybe—natural v. unnatural is bullshit. Like, when someone argues that gay marriage is unnatural while simultaneously sipping Hi-C fruit punch from a Styrofoam cup, isn’t that kind of misguided? And weird?

Or perhaps I don’t understand.

Perhaps I never will.