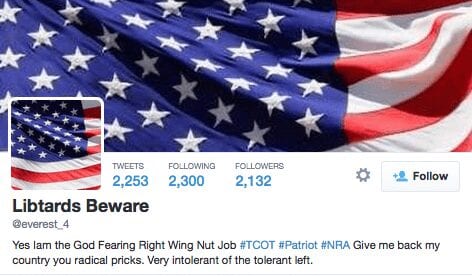 Over the past two days, ever since I wrote a couple of posts about Lynne Russell and guns, I’ve been called a “libtard” about 100 times.

I digress. “Libtard” is an ugly word that just doesn’t help your cause. Sure, it’ll rally 20 of your dumbest Confederate flag-waving friends. But otherwise, it just makes you sound like a really dumb, really obnoxious, gun-waving, Obama-bashing, Palin-coveting tool.

In other words, keep it up.