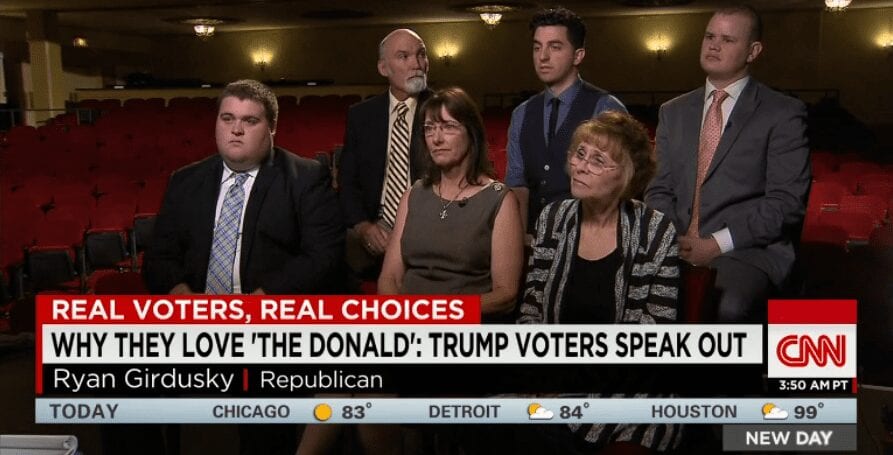 But, for my money, the worst news network on television is CNN. And it’s not that close. Need examples? How about the never-ending missing plane coverage? How about the 8,001 focus groups? How about the existence on this planet of an employed Don Lemon?

A couple of days ago CNN hosted a segment where a bunch of Republican voters talked about why they like Donald Trump. The pieces was called “Real Voters, Real Choices,” and featured six people sitting with a reporter, explaining why Trump is the real deal. The star of the segment was, clearly, this woman … 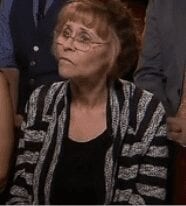 … who offered the (beyond awesomeness) money quote, “What’s presidential anymore? We have a president sitting in the White House right now, he’s taken so many vacations it’s costing the taxpayers dollars. What has he done for America? Donald Trump will take us above that. He’ll make America the way we once were. We’ll be great again.”

Anyhow, in the back row, neatly tucked between a crazy guy with a beard and a less crazy guy in a suit, was this guy …

And, to be 100-percent clear, I don’t blame Ryan Girdusky at all. Like, nary an iota. If you’re a passionate partisan, and a major network invites you on to promote your views, well, why wouldn’t you?

Nope, this is about CNN laziness; about the inability to find six non-journalists to talk about why they support Donald Trump; about not simply calling someone you know, even though his resume is a red flag, to fill the slot.

PS: I had a friendly Twitter exchange with Ryan. He made clear that he’s a former Democrat who has advised candidates of both parties.

PrevPreviousA Star Has Died
NextThat’s right, we pray …Next