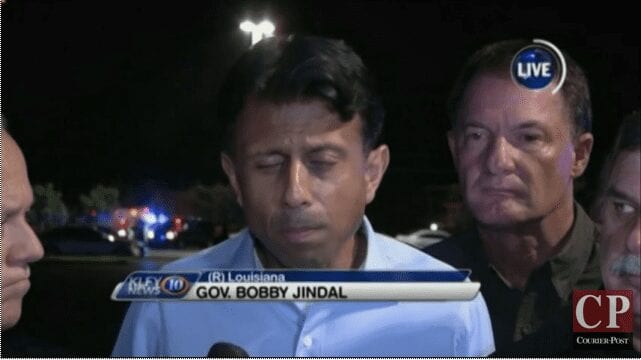 Last night, after yet another gunman shot a bunch of innocent people, Bobby Jindal, the governor of Louisiana, spoke at a press conference. He said lots of things, including this [of the victims],  “The best thing anyone can do right now is think about them, pray for them, shower them with your love.”

Here we are, the most gun violent nation in the world. It seems, at this point, there’s some genre of mass shooting every few weeks. We’ve had huge ones like Sandy Hook and Columbine and Virginia Tech and Charleston and Chattanooga. According to the the Guns Are Cool subreddit, thus far there have been 204 days in 2015. And the Louisiana movie theater tragedy was the (by pure coincidence) 204th mass shooting of 2015. 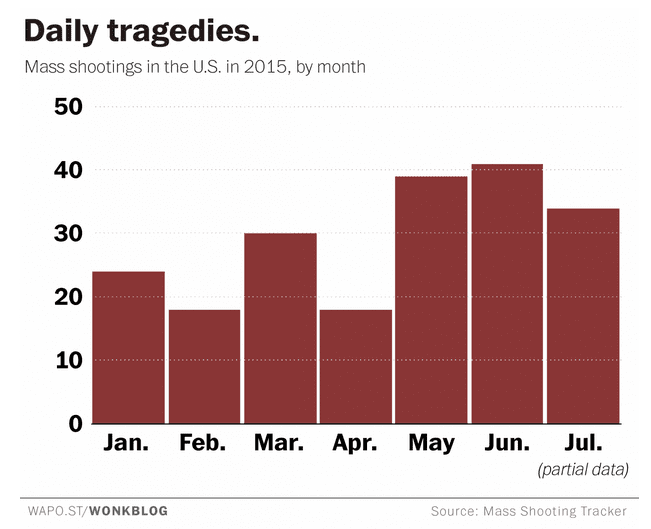 That’s the answer. It must be the answer. Because the governor of Louisiana—staunchly pro-gun—says so. Oh, we can also look at how we treat mental illness. And maybe movie theaters need metal detectors. Those are solid ideas. But greater gun control? Longer background checks? Less availability of high-caliber firearms? No, no, no. Prayer, please. Just prayer.

Of course, it ain’t happening. I can scream and shout and bellow and whine and cry, and it doesn’t change the fact that the NRA owns far too many of our political figures; that if Columbine and Sandy Hook couldn’t change America, nothing will. So here we sit, fools emboldened by an antiquated and flawed Second Amendment, shells falling to the floor of a Lafayette cinema, and prayers floating from myriad minds and into the netherworld of nowhere.