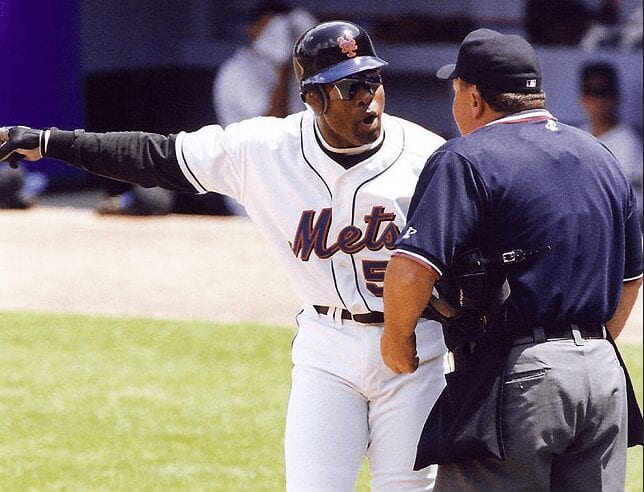 Obviously, this doesn’t apply to everyone. Jordan, Gretzky, Ruth, Bird, Magic, Kareem, Jeter … folks of that ilk reign eternal. But when’s the last time you thought of Tom Browning? Or Kendall Gill? Or Stump Mitchell? Most pros end their careers and quickly disappear from the public realm. You might hear a name pop up every now and then, but—as the years pass—it’s increasingly rare.

Not all that long ago, McRae was one of the more interesting names in Major League Baseball. First, he was the son of Hal McRae, one of the Kansas City Royals’ all-time greats. Second, he was K.C.’s first-round pick in the June 1985 amateur draft. Third, he could flat-out play—McRae possessed a Gold Glove-worthy mitt in the outfield, and his four seasons with more than 160 hits tell the story of a high-caliber contributor. Put simply, Brian McRae was one helluva player.

It’s been 16 years, however, since his final appearance, and times fades memories. These days, McRae dabbles in sports media while also serving as a coach at Park University. You can follow him on Twitter here.

JEFF PEARLMAN: So Brian, I just read a really fascinating 2005 ESPN.com piece about your decision not to use steroids while with the Mets—and how it wasn’t an easy one to make. Why, when you knew so many guys were juicing, did you ultimately not go that route? How close did you come to making a different decision? And do you believe it could have prolonged your career?

BRIAN MCRAE: After doing research and talking to a few doctors and strength coaches, I just felt that, long term, it was best for me not to use any PHD. I stayed healthy my whole career until knee surgery after the 1999 season, so it made the choice easier. I may have added two or three years on at the end, but I was happy with my decision.

J.P.: You were, I truly believe, an excellent analyst for ESPN. Then, one day, you sorta vanished, and I never saw you on TV again. I’ve been Googling around, trying to figure out what happened. So, um, what happened? Why did your TV career end?

B.M.: I enjoy radio better than TV because it allows your personality to come out and you can take two-to-three innings to tell a story without all the replays and break a TV games has. I also like taking calls on the post-game shows a lot better than being a studio host. I fell I am better without a script.

After ESPN I worked with mlb.com and the Royals from 2002 until 2008, doing the game broadcast, pre-and-post radio and TV. I still do about 25-to-30 pre-game shows and I worked the 2014 post-season with 120Sports out of Chicago. So I’m still involved.

J.P.: You played in the Kansas City outfield alongside Bo Jackson. I feel like there’s a whole generation of fans who don’t truly understand how unbelievable and weird and uncanny Bo Jackson was. Can you explain, with as much detail as possible?

B.M.: Bo Jackson going on the disabled list in 1990 was the reason I got called-up! Bo could do it all and he was really starting to figure things out at the plate when he injured his hip. He was a freak of nature. I don’t think fans really understand how much work it took for him to make his comeback. That may have been his greatest accomplishment.

With Bo it wasn’t one special thing. He just did things no one else could do—like throw a ball from the warning track to home plate in the air. He did something once a week that no one had ever seen before. It was crazy.

J.P.: Your father, Hal McRae, is a legendary Kansas City Royal who had 2,091 hits over 19 seasons. In 1985, you were the team’s first round draft pick. That seems like it could suck—the comparisons, the contrasting, the unrealistic expectations that you, too, become a three-time All-Star and Silver Slugger winner. What was it like? How hard/easy was it? And did expectations impact your career?

B.M.: In high school I liked football better and had more scholarship offers. I didn’t have everyone expecting me to be a good baseball player like my father was, so it was more enjoyable. When I was drafted by the Royals it was odd because they didn’t scout me as much as other teams and I wasn’t tabbed as a first-round pick.

The first two years in the Big Leagues, 1991 and 1992,  with my dad as my manger were not much fun, but I also learned a lot. The next two seasons I figured out how to block out most of the negative things that I let bother me. I just focused on my play instead of trying to do too much because I was Hal McRae’s son. But was it easy? No.

B.M.: Young players struggle and then something clicks. From 1993 through 1998 I had five solid years and I had a chance to make a few All-Star teams and win some Gold Gloves. Baseball is a very mental game and I was in a good frame of mind, having fun playing ball. I think, perhaps, people forget how hard it is to hit a baseball because we make it look so easy at times. 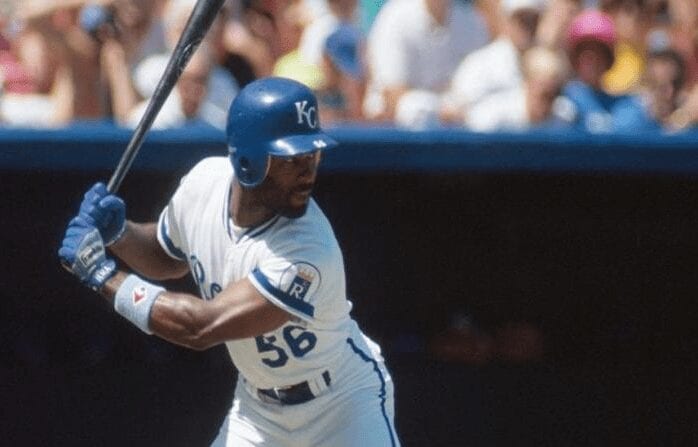 J.P.: In 1999 you hit .195 in 31 games with the Blue Jays—and your career was over. You were 31. What is that like, being a young man who’s done? Did you realize something was wrong? Did you think it was correctable? When did you ultimately say, “Nope, this is it. It’s over?”

B.M.: I had a serious knee injury early in the 1999 season and I probably should have had surgery during the season. Instead I tried to play on it because I thought I had a great chance at making the playoffs for the first time in my career with the Mets. I was traded late in the season and finished four games out with the Blue Jays while the Mets made it to the post-season. That wasn’t so wonderful.

I had surgery that off-season and went to spring training with the Cardinals but I got let go a few week before Opening Day.

It was a tough transition at first, but playing 15 years of pro ball —10 in the Big Leagues—when I was told I’d only be up for two weeks isn’t all bad. I signed at 17, got to the big leagues at 22 and retired at 32. A few more years as a bench player after I had been a starter for a decade wouldn’t have done it for me.

J.P.: You had eighth-straight seasons with at least 15 stolen bases. I’ve never asked anyone this—but with the arm strength of most MLB catchers and the arm strength of most MLB pitchers, how does one ever steal a base? Like, what were the keys? What sort of mentality does it take? And can you imagine a day—ever—when we have Rickey Hendersons and Tim Raineses and Lou Brocks swiping 100 bags?

B.M.: The game has changed and speed guys aren’t around as much as they used to be. Pitchers do a lot better job at holding runners and teams are worried about running into outs. You really have to study a pitcher to find the keys that give it all away when he is throwing toward the plate or trying to pick you off. That takes time. Some guys want to spend that extra time hitting. A base-stealer can’t be afraid to get thrown out or picked-off. Will we have 60-to-70 stolen bases in a year? Yes. But we won’t see 100 again. 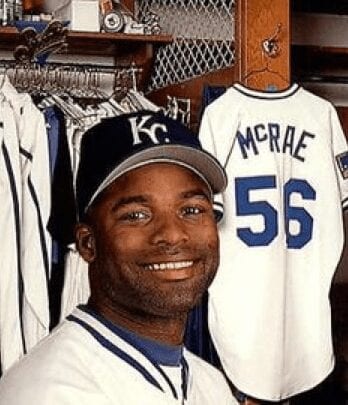 J.P.: You’re an assistant coach with the Park University baseball team. I’m always fascinated when former Major Leaguers work with smaller schools. Can you truly understand the plight of the .220 NAIA hitter? Can you put yourself in his shoes? And why coach? Why college?

B.M.: I started coaching high school kids in 2008 and I just finished my third year at Park University. I am also working toward my degree in psychology. I have two years of school left and would like to be a head coach at the college level in three-to-five years if the right situation comes up. I enjoy being close to home with no long toad trips and working with the young kids who enjoy the game but understand what level they’re at. NAIA baseball is a mixture of transfers from bigger schools and kids who just want the chance to compete for a few more years while going to school. I love that.

J.P.: You played against Bonds, McGwire, Sosa, Piazza, Palmiero. So what’s your take on the Hall and PED guys? And why?

B.M.: I believe all of those guys will—and should—get into the Hall of Fame. They may not live to see that day but they put up those numbers and dominated during that time period. I don’t feel cheated knowing what we know now. I held my own and played the game the right way.

B.M.: The greatest was my first day in the Big Leagues I started against Alex Fernandez, who I got my first hit and 100th home run off of.

The lowest would be playing my whole career without a post-season game while coming close four different times. I lost on last day of season twice with chance of advancing. My dad has two rings—one with the Royals, one with the Cardinals—and my brother got two as the Florida Marlins’ video coordinator. I have none.

• The world needs to know what it was like playing with Rick Wilkins: Good dude who somehow hit .300 one year. Hitting .300 is hard to do for a catcher.

• One question you would ask Frank Perdue were he here right now?: Why chicken?

• What’s the most overrated statistic in baseball?: Wins and losses for a pitcher.

• Most embarrassing moment of your life?: Got stung by a bee on the lip in high school.

• Who wins in a race, right now, between you and Josh Hamilton? How close is it?: Josh. I pulled my groin and can’t move well.

• Two things you can tell us about your mother?: She’s a two-time cancer survivor, and she was a part of the first-ever class of black students at the University of Florida.

• What should we do about climate change?: Limit the pollution from big businesses.

• Who wins in a round of chicken between you and your dad and the Griffeys?: The Griffeys outweigh us, so they’d win.