The umpire strikes back 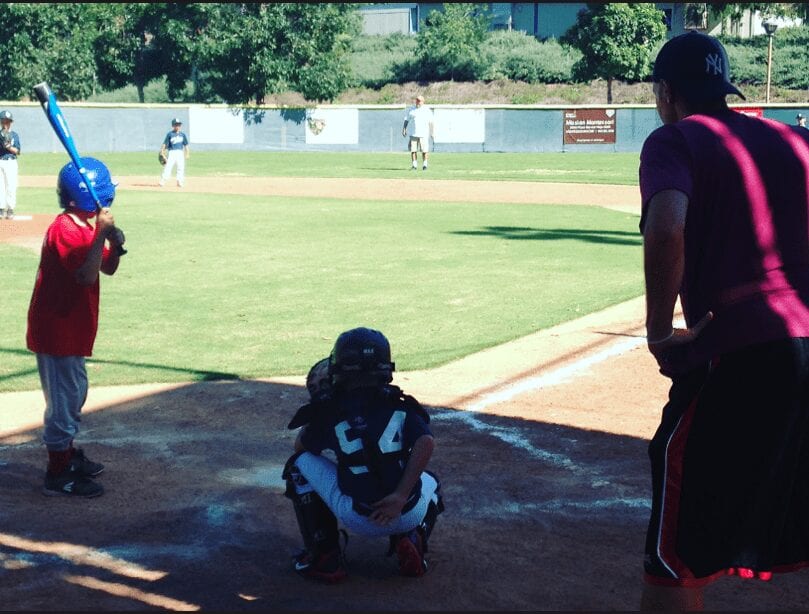 Back when I was a sophomore at Mahopac High School, I took a job umpiring local Little League games. It seemed like a good idea—I liked baseball, it paid (probably $20 a pop), there was always a need and, really, what else did I have to do?

So I umped, and I was very bad. You can’t be an uncertain umpire, and I was an uncertain umpire. Balls were balls. Unless they were strikes. I dunno—was that one a strike? Hard to say. I don’t recall how many games I worked, but my career didn’t last long. My final outing was, in particular, a disaster. I remember both managers screaming at me for failing to call balks. Of course, I barely know what a balk was, so, eh, to call one would have been quite the trick.

At the conclusion of the event, I retreated to my car and cried.

That was that for my umpiring career.

The e-mail actually arrived three days ago. It was from my son’s Little League coach. A bulk message with the subject heading UMPIRE REQUEST. Here’s what it said …

There comes a moment in every homo sapien’s existence (actually, tons of moments), when he/she makes a really dumb decision, then immediately wishes to pull it back. In this case, the dumb decision was mine. And it involved the response to Coach Jamie’s e-mail. Here’s what I wrote, simply:

Ugh. So dumb. So, so dumb. Of course, Coach Jamie replied. And, of course, no other parent was mental enough to volunteer. So I was told to report to the field today; was told to show up a bit early; was told I’d be making my first umpiring appearance in more than 25 years.

It was a hot day. Blisteringly hot. When we got there, someone said the temperature was 107. My son’s team is, um, a mish-mosh. Some excellent players, some so-so players, some bad players. They’ve only practiced once, only had one game. They’re not the Bad News Bears, but they’re not the New York Yankees, either. They’re OK, with lots of room for improvement. The team they played, however, was a machine. Neat. Sharp. Crisp. The catcher, a burly kid with eye black and batting gloves, reminded me of a young Ed Ott. One of the pitches, who I think was only 6 or 7, threw a friggin’ slurve. I don’t know if that was intentional or not—but his ball, literally, slurved toward the plate. They had an intensity we (gratefully) lack; a need to win that seemed to stem from the overzealous coaches and parents who commented with every … single … little … play.

I took my spot behind the plate—sans helmet, sans cup. “You taking a bit of a risk, no?” the other team’s coach said. “You wanna wear a catcher’s helmet?” Again, it was 107 degrees. I passed.

All was fine for a while. Ball one, strike one, strike two. Their pitchers were excellent, ours were meh. They took a big lead, we struck out a lot. Then, in—I believe—the second inning, it happened. Their team was hitting, and I called a borderline strike on one of the batters. There was a mother sitting behind the fence along the first base line, and she said something like, “This umpire is missing a lot of calls.” She was loud, but I’m not sure she wanted me to hear the words. Maybe, maybe not. At the completion of the frame I looked at her and said, “If you want to take over for me, I’d love it!”

She looked a little stunned, then said, “Another day I will. But it wouldn’t be right now.” Something like that.

It was awkward. But I was hot—physically, emotionally. “I’m a parent,” I said. “They needed an umpire and I volunteered. You think this is fun for me?”

A couple of the parents sitting near her said, “You’re doing a good job” and “Just do your best.” Which was nice. The woman never apologized. But she should have.

As was the case when I was a boy, I hated umpiring. Hated it. It’s sorta scary and uncomfortable. At this age (7-thru-10), you can’t really have a strike zone, per se. I mean, you can. But if you don’t give the pitcher the breaks on close balls, you’ll be at the field for 103 hours. So I was a little wide and a lot high. I also detested having my son hit, especially when—glub—I called him out on strikes. He also pitched the second inning, and struggled. I wanted to give him advice; wanted to remind him it’s just a game of catch, and don’t fret so much.

I was the umpire.