The books atop my toilet 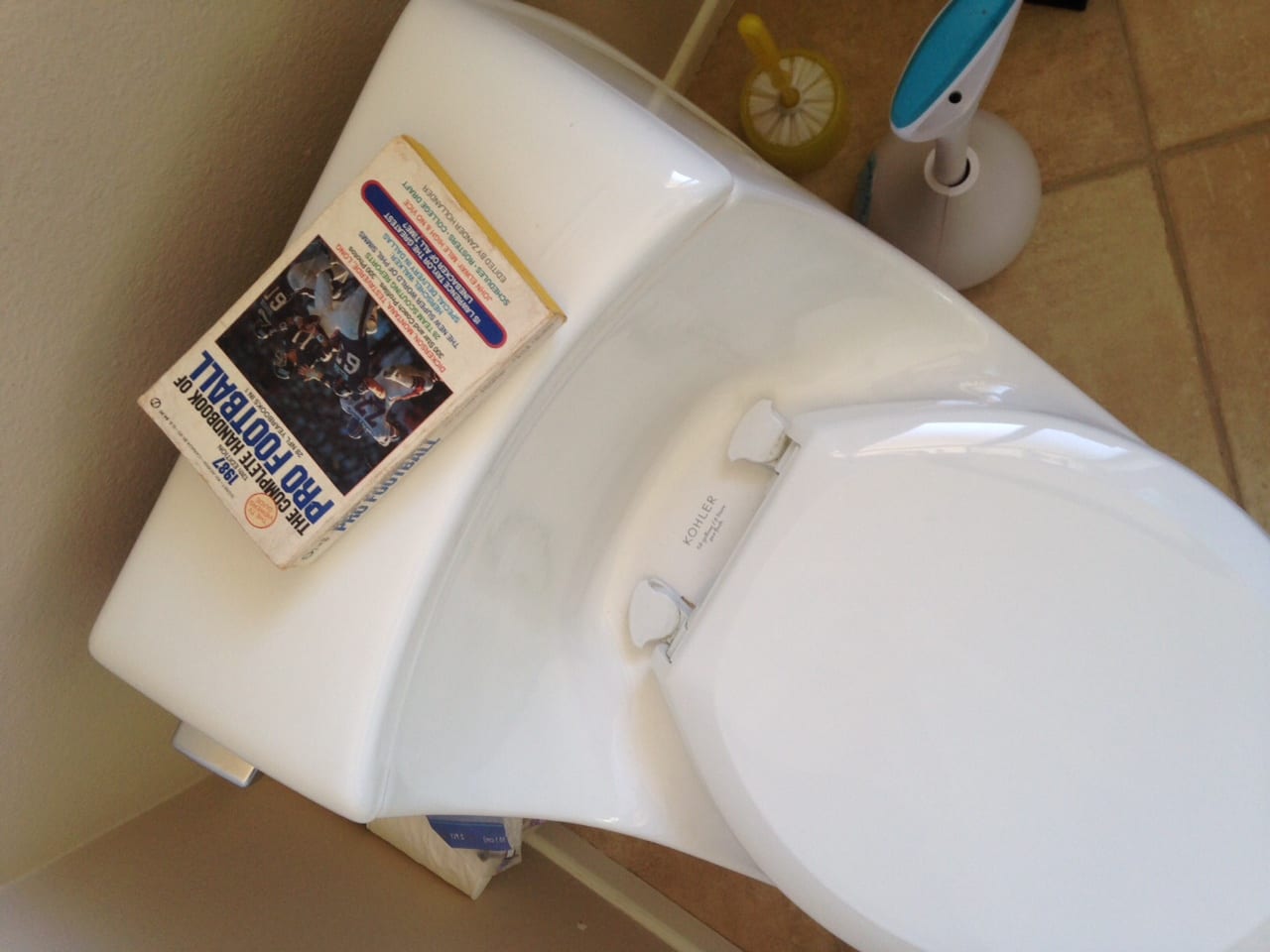 Back when I was a kid, I collected a series of books known as the Complete Handbook of …

They were compiled a published by a guy named Zander Hollander, and came out before every NFL, NBA and MLB season. I would rush to the nearly Waldenbooks to purchase the newest copy, then run home and absorb all the info. I can’t overstate how important these books were to me. I would read, then re-read and re-read and re-read. I had them memorized; the player bios and colleges and heights and weights. To this day, I would say I know the colleges of, oh, 70 percent of starting players from the 1980s NFL.

Anyhow, I saved the books, kept them on a shelf, read a copy every now and then. My son Emmett, who’s 8, also has a love of sports, and lately he’d been digging (and digging into) the Complete Handbooks as I once did. I actually rotate copies atop the toilet tank, and before he goes to the bathroom he’ll say to me, “Dad, pick a player.”

I then name some guy from the 1980s NFL (he’s mainly a football fan), and he has to find him by the time his toilet session is done. It reminds me so much of, well, me—and I love it. Hell, he’s reading and loving sports and loving the ’80s. That’s fantastic.

This morning, as I walked Emmett from the car to school, I challenged him to name as many 1980s NFL players as he could. He proceeded to offer this list …

I might be missing one or two. But it matters not.