Full-court pressing when a team’s down 19 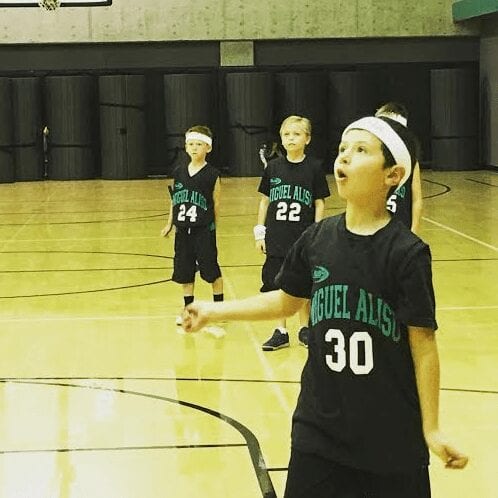 So today I made my debut as a youth basketball coach.

Actually, scratch that. Not entirely true.

Twenty years ago, I made my debut as a youth basketball coach. I was living in Nashville at the time, writing for The Tennessean, and—with free time on my hands—I volunteered to head a team of 11- and 12-year-old boys. Hell, I’d played a lot of hoops in my life, knew the game well, figured it’d be a chance to do something nice in the community.

It was at this time I was introduced to the phrase, “No good deed goes unpunished.”

Or, put different, it was brutal. Was  I an amazing coach? No. But the parents were brutal. Negative. Complaining. Griping. One dad wondered how his 11-year-old would ever play college hoops with my offensive philosophy (he wasn’t even much of a player). We probably wound up going 4-6, and I drifted off into the abyss.

My son Emmett digs basketball. He’s a fourth grader, a solid athlete, an OK basketball player (Scouting report: Excellent defense, so-so handle, so-so shot, awesome hustle, good smarts). Hence, I decided to coach his team this year. The league we’re in only has two teams, but we play a fair number of games against a nearby town’s clubs.I have eight kids on the team. Two are strong, one is pretty strong, several are solid and several have never played before. Most important, they’re nice kids, good listeners, fun to be around. We named ourselves the Gatorsaurs—half a gator, half a dino. Just because … hey. Thus far we’ve had three practices. Earlier today we had our first game.

It was ugly. We lost by 21. Sloppy passing, bad defense, limited rebounding, meh coaching. I tried to play everyone relatively evenly—a tactic that serves as a great educator, but an awful route to decisive victories. I implemented a zone defense. Then, when a kid on the other team started lighting us up, we went box and one. Neither worked so well. On offense, we turned the ball over 100 times. We missed 100 more shots. Great effort. I mean, g-r-e-a-t effort. But, well, we lost badly.

One thing really bothered me: When we were down by 19, the opposing coach—who, for the record, never sat his three star players—began full-court pressing. I didn’t say anything, but I was pissed. Again, these are second, third and fourth graders. Many have never played. Your team is better. And … you press? Up 19? Really?

More than anything, I believe in sportsmanship. In effort. In decency.

Lessons that last far beyond a Sunday afternoon win.