On Concussion and Dave Duerson 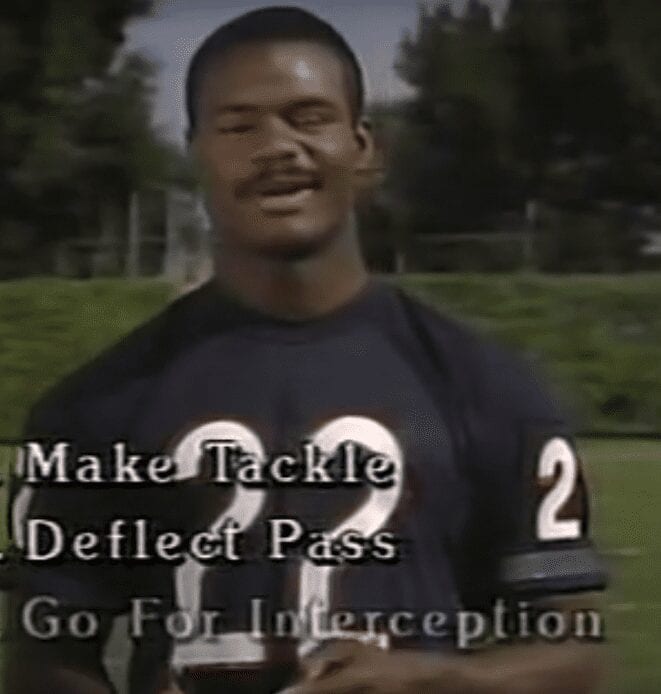 So I finally dragged myself away from the laptop to see “Concussion” two days ago. I was planning on writing something that night, but decided to think a bit more about it, then spew.

And now I can spew.

First, as a movie in and of itself, “Concussion” is OK. It’s kind of contrived, kind of flat, a bit boring. Will Smith was as good as he can be (quite good), but the film didn’t keep up. He gets an A-. The flick gets a B-.

I now have enough experience with movie producers and directors (via multiple talks about turning my books into films—none of which have gone very far) so that, when I watch a movie, I sort of hear them speaking in my heads. And with “Concussion,” the language was pretty clear. It went like this: “OK, this is a gripping story, and it’ll generate a lot of attention. But we need a love element, and we definitely need someone to be the villain.” I swear, I’m not making this up. For example, after Sweetness (my Walter Payton bio) was released, I spoke with multiple folks about the potential for a cinematic edition. And what I was asked, more or less, was, “Who’s the villain of the story, and can his wife be a believable love interest?”

With “Concussion,” there was a villain, and a love interest. The latter was his wife, played by Gugu Mbatha-Raw. And while she’s an excellent actress who did the job well, Mbatha-Raw was as important to the actual story as a can of tuna. She was there because movie cliche dictates she be there. A kissing scene or two. A motivational wife-to-husband pep talk. Etc. She was the Adrian Balboa of Concussion. Which, again, is fine.

The villain is where I have a real problem. Somewhere along the way of making this film, Peter Landesman, the producer and director, decided that Dave Duerson, former Chicago Bear safety, could wear the black hat. After he retired, Duerson served on the joint league-union disability board (these are the people who determined whether ex-players receive benefits for injuries resulting from NFL life). At one point in the movie, Duerson is leaving the NFL offices when he’s confronted by Andre Waters, the former Eagles safety who—as an apparent result of too many hits to the head—is quickly losing his mind. Waters begs Duerson for help, only to callously be told, “Got a headache? See a doctor.” One scene later, Waters commits suicide.

There are multiple problems here:

• 1. The exchange between Duerson and Waters apparently never happened.

• 2. Duerson was never known to be a cold-hearted dickhead.

• 3. Duerson is sort of blamed for Waters’ death.

The Duerson family is pissed—and they should be. Hell, I’m pissed. And, truthfully, sorta tired of this bullshit movie folks pull, when they offer up documentary-type films, throw in, “Based upon true events,” then complete create shit in the same of holding audiences. A couple of years ago, when Sweetness came out, I was ripped to shreds for presenting what could be construed as negative information about the late Walter Payton. People said I was taking advantage of a dead person; that I was dishonoring his name and legacy. While I disagreed strongly, I understood the position.

This, however, is a different ballgame. At least what I wrote of Payton was true. Here, Landesman is literally using a man’s name and identity, but creating stuff that never occurred, and attaching it to his legacy. The beauty, for Landesman and Sony, is there’s no risk whatsoever. Dead people can’t sue for damages, and the estates of dead people can’t sue for damages. The families of Duerson and Waters can complain all they want, but nothing will change.

Actually, scrap that. One thing will change: Landesman’s reputation.

PrevPreviousDr. John Boockvar
NextThere is nothing funny about Bill CosbyNext