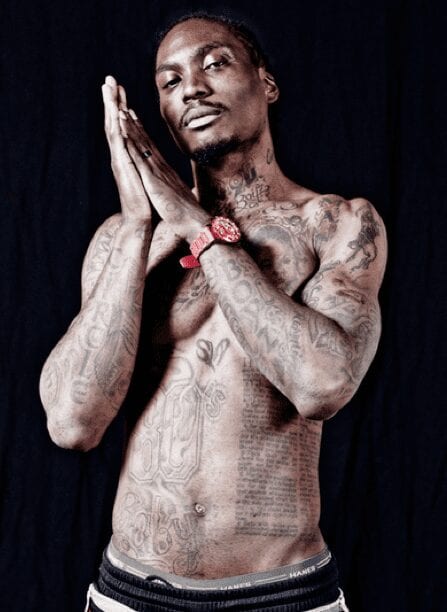 I’m a fan of transitions.

I don’t mean literary transitions, though those are fine. No, I mean life transitions—the moving from here to there; from there to here. I like that Mookie Wilson went from stealing bases to driving a truck. I like that Jamie Walters (90210 dude) is now a firefighter. On and on, I’m an absolute sucker for these things.

Before he was the rapper known as Q6, Marquis Daniels was a 10-year NBA veteran; a sinewy slasher and ball hawk who went undrafted out of Auburn in 2003 and ultimately became a top-shelf professional. Daniels bounced around the league a bit (Mavericks to Pacers, Pacers to Celtics, Celtics to Bucks) before retiring in 2013 to focus on hip-hop.

But, as he’s learned, shedding one’s skin isn’t so easy. Q6 is a talented lyricist who has (professionally) tried to escape from Marquis Daniels’ shadow.

He excels at both.

Welcome to The Quaz …

JEFF PEARLMAN: Marquis, I wanna open with a question that might sound weird, might not. Hard to tell. So I live in Southern California, a part of the country where parents REALLY push their kids into sports. You sorta get the idea they desperately want their children to become pro athletes, because they see it as this dream existence of money and fame and happiness. My question for you, having played 10 NBA seasons—is pro sports a dream existence? Does it live up to the hype? Or are there things we, as a people, don’t see and/or understand?

MARQUIS DANIELS.: Pro sports is definitely a dream existence for any kid who grew up playing and watching sports daily, especially for me it was part of my diet. Now does it live up to the hype? It does, but there are several cons that come with it all. But to be a professional you have to be able to take the good with the bad. As a professional we always have to seem like we’re happy but that’s not always the case. Regardless of it all, you have to make the fans feel good and let them know you appreciate them.

J.P.: I remember, years ago, writing about a former NFL halfback named James Allen who tried transitioning to a hip-hop career with limited success. One of the big issues, as I recall, is the unwillingness of people to see him as something other than an athlete. Have you faced this, too? Is it a challenge? And how do you do it?

M.D.: Of course. That’s why I go by the name Q6 instead of my name. As you know, they will automatically say, “Here’s another athlete trying to rap,” which I expect from the media and fans. Any type of negativity is good for their ratings, so it’s to be expected. But I go by Q6 so when you hear my music, you judge it off of music and not my name.

J.P.: Keep It Solid—great song. Seriously love it. Everything about it. So, using it as an example, what’s the process for you? Like, where did the idea for the song come from? How do you go about writing lyrics? Do you have the beat in your head first? And when do you know a song is complete?

M.D.: I don’t write my music, so I kinda go in the studio and play a beat and just vibe to it and try and speak on things I have either seen, done or been through. And once the engineer puts his touch on it the song is pretty much completed.

J.P.: So I’m fascinated by something: You’re the kid in Orlando, great player, Edgewater High, and then—senior year—you’re off to Mr. Zion Christian Academy in Durham, N.C. How does this happen? Is it all about a school building a basketball power? Did you even want to leave home?

M.D.: I was on spring break my junior year in high school. I come home one day and my mom had my bags packed. I asked her where I was going and she said, “You’re getting the outta here.” Ha. I mean, it was the best thing for me because I was doing right school wise.

Did you even want to leave home? I definitely didn’t wanna leave home but my mom made a decision that needed to be made and I’m forever grateful she did.

J.P.: On July 12, 2006, you were traded from Dallas to Indiana for Austin Croshere. It was the first time you’d been traded. I wonder what this felt like? How’d you find out? Can you see it as someone wanting you (good), or as someone discarding you (bad)? And how did you adjust from exciting Dallas to, eh, Indianapolis?

M.D.: I was ready for the trade. I told my agent I needed a new scene and a fresh start, but Dallas is my second home. The fans and community there are both amazing.

It was a good thing, due to the fact that I was able to go somewhere and be a part of a team that wanted me and I felt wanted so I didn’t view it as a negative. 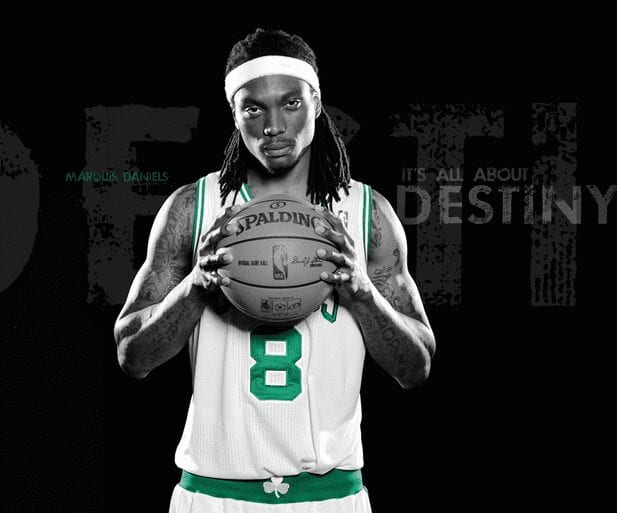 J.P.: According to a Wikipedia entry, you have a Bible verse tattooed across your chest, and it’s the verse you’d read to your paralyzed grandmother. True? Not true? And, if true, who was your grandma, what do you recall of her, why/when would you read to her?

M.D.: The Bible verse is true, but my grandmother isn’t paralyzed. She has really bad cataracts and my grandfather was blind but he was the pastor at the church in Jennings, Florida. My “Bigma,” as I call her, has always been there for me no matter what, I have two wonderful grandmothers, but the one we are referring to now is my Bigma and she is a spiritual warrior, always praying to keep the family together. The Bible verse I have is Psalms 91—she told me it’s my 911 for whenever I need guidance.

J.P.: Last year you talked about wanting to possibly become an NBA coach. A. True? B. Why? C. Do you think guys who played in the NBA are better coaches than guys who didn’t? D. Best coach you played for?

M.D.: Yes, I would love a chance at coaching or possibly scouting. I think more players should be more involved in the game as coaches, scouts or whatever. It’s only right. We basically have been playing this game all of our lives. That said, I wouldn’t necessarily say that former players are better coaches. It’s not always the case!

M.D.: I don’t view life on a negative aspect so any day above ground is a blessed day for me! 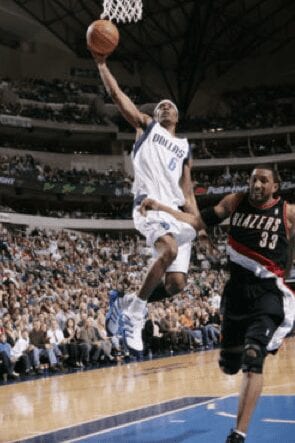 J.P.: Does it matter if teammates like one another? Like, on the teams you played for, were happier locker rooms better units? Did you ever hate a teammate? Teammates? Does it matter?

M.D.: It helps if teammates like one another, but as long as it doesn’t affect chemistry on the basketball court and during games, who cares? That’s just my opinion. I’ve never hated a teammate—when you’re real and solid you’re gonna agree and disagree with teammates. That’s just life. And as competitive as the sport is, there are gonna be times you have run-ins with one another. 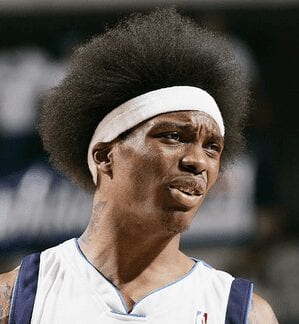 • Five greatest rappers of your lifetime: 2Pac, Wayne, Andre 3000, Biggie and Scarface. But that’s a tough question because you have Drake, Future and Fabolous—also good artists.

• Three non-Disney reasons one should make Orlando his/her next vacation destination?: The weather, the culture, and, of course, the beautiful women.

• The world needs to know: What was it like playing with Troy Murphy?: My main man Murph! Great teammate, good friend, awesome on and off the court.

• The next president will be …: Hillary Clinton

• Best lyric you’ve ever written: As of now it would have to be 2 am in Orlando.

• One question you would ask John Denver were he here right now?: What inspired him to make the music he made and did he ever think it would be classic?

• Friend of mine wrote this song to help promote one of my books. Thoughts?: Nice.