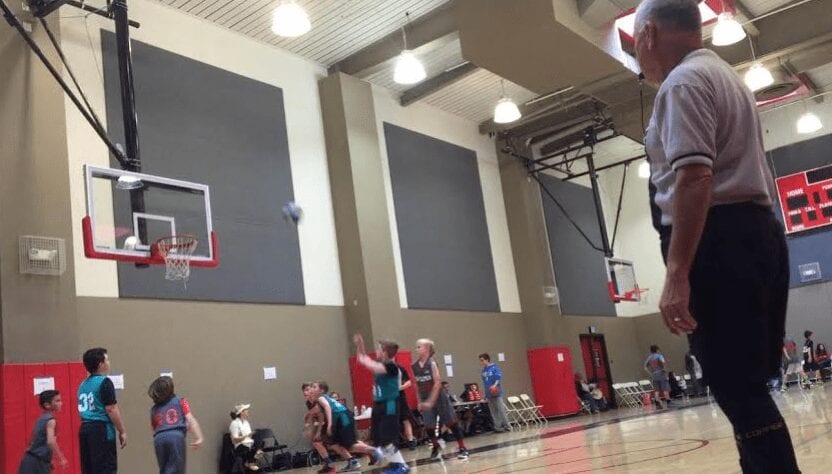 I am the coach of my son’s basketball team, the Gatorsaurs.

I didn’t believe this would bother me—our awfulness. I entered the season thinking, “Hey, if we have fun that’s all that matters.” And, even with a .000 winning percentage, I still consider such to be true. Fun is—hands down—the most important thing. Winning is nice (I imagine), but hardly imperative.

My kids are 7, 8 and 9. They refuse to rebound. Or try to rebound. They want to, I think. But they don’t. No matter how many times I stress boxing guys out, fighting for the ball … well, it doesn’t matter. They stand beneath the hoop, looking up, arms extended, feet glued to the floor. On offense, nobody moves or sets picks. I call for stuff, they don’t execute. Lazy pass after lazy pass, turnover after turnover. They’re wonderful children. Lovely, friendly, agreeable little folks who, truly, bring enjoyment to my life. But, with one or two exceptions, we’re not athletic or instinctive. We don’t battle, dive, hunt.

Part of the problem is talent: We have very little.

Another part of the problem is coaching: I’m not particularly good at it.

I’m just not. It’s surprising, because I was a pretty solid Little League manager, and I figured hoops (my first love) would be easier. But, in fact, it’s a beast. First, it’s nearly impossible to draw up plays for kids who don’t understand the game’s basics. Second, I struggle explaining the Xs and Os. I grasp them, but don’t express them in proper terms for a young child. Third, you should be positive all the time, and I’m not. I turn exasperated, especially when the other squad gets eight, nine, 10 rebounds in a row. I don’t yell, but I grimace. And that sucks, because—again—these aren’t experienced hoopsters. They don’t need to see my facial expressions.

Anyhow, we have two more games, and our odds of winning are not good. Save for a 10-point defeat, our margins have always exceeded 20 points.

Fortunately, after the last game we’ll have a pizza party.

That’s what it should be about.