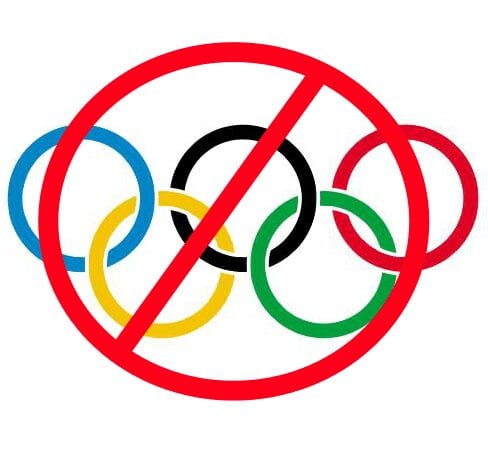 Catherine Pearlman is not only my wife, but a syndicated parenting columnist and professional family coach. Here, she explains why she’s done with the Olympics. You can follow her on Twitter here.

I’m boycotting the Olympics. I’m no longer going to watch the games on television. I’m not going to read about the stories of triumph and tragedy. And I’m not going to engage in conversations about this race or that one. I’m going to completely and totally cut off all ties with the Olympic Games until there are visible signs of significant change.

I will no longer watch countries struggling to pay for basic health and human services spend obscene amounts of money to create a spectacular Olympic venue and village. While the final cost of the 2016 Rio games cannot be calculated at this point, the current total hovers around $4.8 billion. Yet, in the midst of a Zika epidemic, people of this year’s host country do not have proper access to healthcare. Additionally, many of the favelas around Rio don’t have adequate plumbing. Raw sewage trickles down mountainsides leaving residents exposed to a plethora of diseases. Less than a year before the opening ceremony the governor of Rio de Janeiro declared a state of emergency. This was done to release additional funds needed to address the closure of some clinics and hospitals and overcrowding in others. We need to stop allowing countries that are unable to meet basic social service needs of their residents to vie to host the Olympics.

I will not condone the practice of pushing poor people out of their homes to build stadiums that will be too big or too expensive to be used after the final competition. Forcibly removing citizens from their modest-but-beloved homes and relocating them far from their schools, families and jobs is unconscionable. It happened in Rio. It happened in Russia. It happened in Beijing and Seoul, too. We need to stop allowing hosting cities to take advantage of the most vulnerable among them.

There is little to no planning for how a host county can maintain what was built as a showcase for the Olympics. Just two years after the Sochi games the village is mostly empty yet millions are being expended to maintain the facility. Wouldn’t that money be better spent to address Russia’s 11.4 billion square meters of dilapidated housing? Oh, what a success the Greek games were in 2004. But I feel sick looking at the abandoned canoeing and aquatics center and the beach volleyball arena and the baseball fields and the weightlifting venue. Greece can’t get back that $7 billion it disbursed on state-of-the-art facilities that now lay dormant. We need to stop building bigger and better facilities that will serve no purpose post games and start relocating the games to cities that already have the majority of accommodations in place.

I won’t pardon the use of migrant workers as slave laborers. Living in inhumane crowded quarter workers are paid little for their long hours. Often they work without a contract or visa removing any rights they may have. Pay for the work doesn’t always amount to what was promised and often it amounted to nothing at all. Countries sometimes cut corners leaving the workplace rife with unsafe conditions causing injury and death. We need to pay attention to how these luxury villages are put up and ensure safety and justice for all of those involved.

And while all of these atrocities are happening game after game power players are the big winners. Some members of the International Olympic Committee have been caught taking under-the-table kickbacks for votes. It is unclear how many more committee members will continue the practice under the radar. A handful of companies are getting paid big bucks to build these billion dollar settings, for television contracts and advertisements. Politicians use the power, free advertising and visibility of the games to promote agendas that often rob citizens of their rights. And the majority of the revenue generated from the Olympics doesn’t go to the host country or the athletes. It goes to the powers that be at the International Olympic Committee to build even grander offices for their various ventures. We need to stop enabling power and money hungry people to be the decision makers of the Olympics.

Sure the determination and ability of the athletes is incredible. And yes many people train for a lifetime and make countless sacrifices for the honor of competing at the Olympics. But when the world looks the other way every two years and supports yet another Olympic games we endorse all of these misdeeds. I will not support marginalizing and sacrificing the well-being of vulnerable people so that bronze, silver and gold medals can be awarded. I will not support using money countries don’t have to put on a 19-day show. And I will not support the use of any people as slaves.