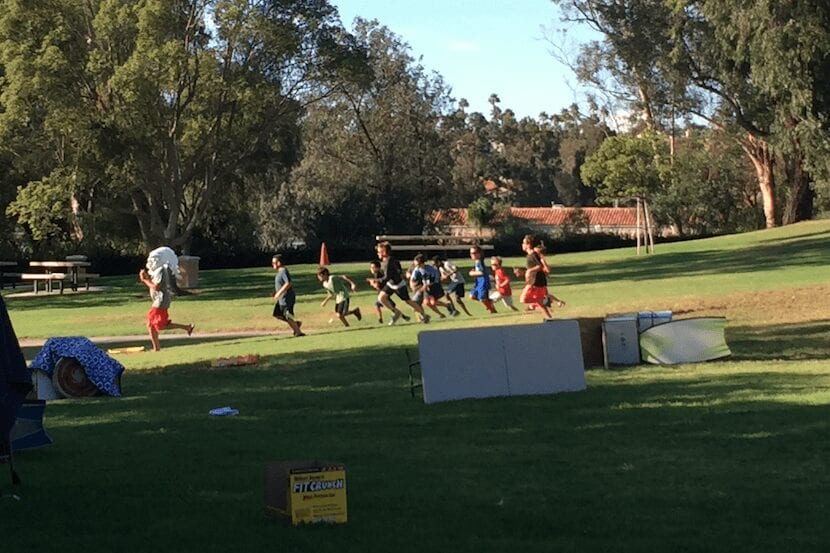 There are things I won’t miss when I’m old and looking back at raising my kids.

Here’s what I will miss: Throwing their birthday parties.

Like all parents, the wife and I have our flaws. But one thing we’ve done truly well through the years is throw some awfully kick-ass birthday parties. We’ve just never been ones for the ol’ play gym thing. Not that anything is actually wrong with the ol’ play gym thing. For us, it’s almost always centered around creativity, weirdness, funky ideas, home.

For two hours before the 4 pm start time, the kid, wife and I taped cardboard boxes together and spread the structures all over a field on our local park. We also used tables, ladders, sleds—anything that could serve as a prop. A solid 18 kids showed up. We held a slew of events. First, I taped a bunch of targets to trees, and the kids had to run as fast as possible while testing their accuracy. Second, we had a game called SHOOT THE WEIRD GUY. I was the weird guy, and I put on a white Halloween mask and requested a 20-second head start. The kids proceeded to chase me around the park—pure bliss (see above photo). We transitioned into Dodgeball for Nerf—meaning instead of throwing balls, you shoot the Nerf bullets. It was cool, but 10-year olds are annoying, and too many refused to admit when they were hit. We played another chasing game, then wrapped the physical activity with capture the flag—very solid.

It was time to eat. Pizza, of course. But then—the wife’s cake. Every year she designs a special one for each kid’s party, and this year was no disappointment. Emmett is into Legos. Big into Legos. Huge into Legos. So … 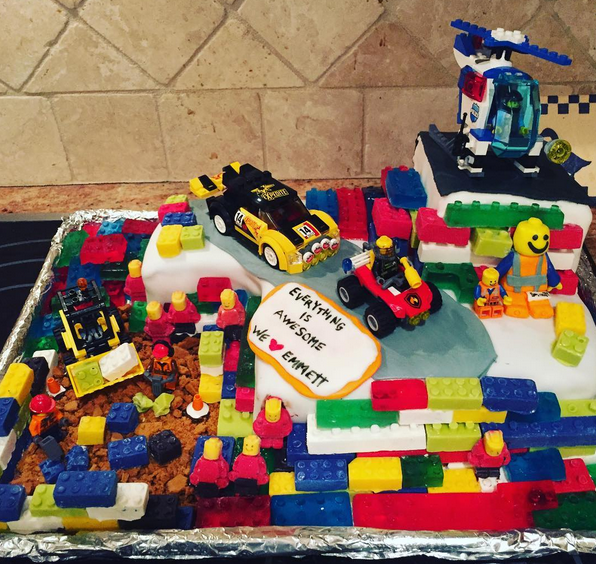