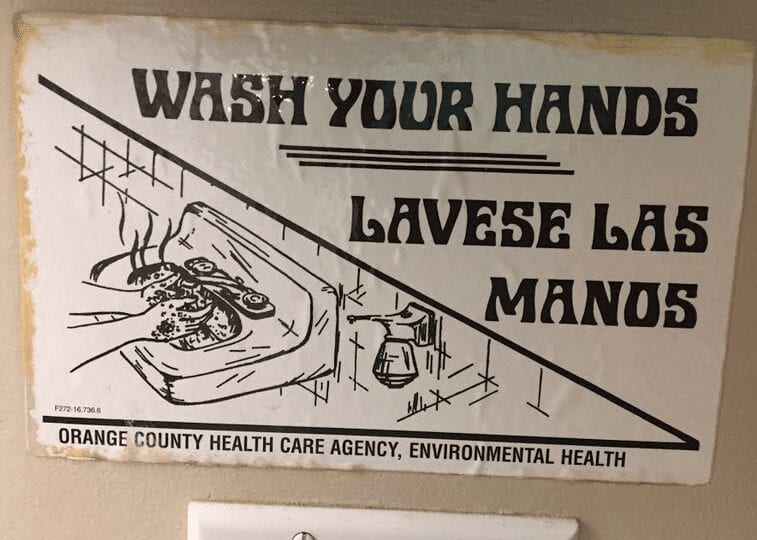 So I’ve been reading a fair amount of late about this idea that fake news websites won the election for Donald Trump. The narrative goes that the hard right has created, quite literally, hundreds of websites with pretend news about Hillary Clinton and the Democrats—all of it extremely negative.

And, indeed, it’s true. As we speak, the world wide web is crawling with bullshit stories about Hillary murdering people; about the liberals slaughtering babies; about the lesbian love affair of Nancy Pelosi and Diane Feinstein (admittedly, I made that last one up. But, for a second, you believed me). The articles and links are everywhere, and more than a handful of yahoos from my hometown took uninformed delight in posting the information on my Facebook page alongside such misspelled words as YOUR ALL CROOKS and ITS OBVIOUES!!

Despite the idea that fake news stories killed the election, I’m calling bullshit. The stories didn’t do us in—we did us in. Yes, we. Well, really, you—if you’re a moron who goes to a fake website, reads an article and presumes it to be true because it’s on the web. And the reason you did us in is because you are dumb. Uninformed. Disinclined to seek truth, when it’s far easier to simply press a nice little button that says LIKE. So you LIKE nonsense, because LIKING (or, “LIKEING,” as you would spell it) is far more fruitful than actually, oh, researching details.

This whole thought came to me mere minutes ago, as I was taking a piss inside the bathroom of a Laguna Beach coffee shop. I spotted the above sign near the sink and thought to myself, “Really? People need a sign to remind them to wash hands? Really?” But then it hit me—yes, really. We need signs for everything. Truly. Signs like …

IF YOU SEE A PIECE OF GARBAGE ON THE GROUND, AND A TRASH CAN IS FEET AWAY, PICK UP THE GARBAGE AND THROW IT OUT.

IF 97 PERCENT OF EXPERTS SAY CLIMATE CHANGE IS A LEGITIMATE PROBLEM, IT’S PROBABLY NOT JUST A CONSPIRACY.

WHEN A MAN RUNS FOR THE PRESIDENCY PROMISING TO ‘DRAIN THE SWAMP,’ AND HE THEN HIRES A BUNCH OF INSIDERS, YOU’VE BEEN DUPED.