The death of a neighbor

Back in 2003, when the wife and I first moved into our house in New Rochelle, N.Y., we had next-door neighbors who we didn’t know.

Their names were Paul and Elaine Klein. They were elderly, they were private and, in those first six months, we probably spoke, oh, maybe twice.  Every so often an ambulance would pull up to the curb, which meant, well, we didn’t understand quite what it meant. Someone wasn’t doing well. Someone needed help. Someone was ill.

Then, one day, Paul Klein died.

Then, one day, a friendship and love blossomed.

With her husband’s passing, we began to check in on Elaine Klein, which meant we began to know Elaine Klein. And she was … hmm. What’s the right word? Awesome. Lovely. Brilliant. Joyful. Riveting. Spunky. Luminous. Engaging. I can’t pick one, so I’ll use them all. I’ll also note that, far too often, we treat the elderly like little children. They speak, we nod and pretend to listen while mentally residing elsewhere. But Elaine Klein was worth hearing. First, because her IQ exceeded mine by (to underestimate) 30-to-40 points. Second, because she had stories to tell. Back in 1967, she became the first layperson and the first non-Catholic appointed dean of academic affairs at Marymount Manhattan College. Among her students was a bright young woman named Geraldine Ferraro—who 32 years later became the first woman to run for vice president on a major party ticket. Elaine was well-read and eternally curious. She asked 100 questions, and genuinely cared about the answers. She always seemed to be traveling somewhere with someone, and on more than one occasion called me over to collect the gifts she brought for my children. Once, when my daughter was doing a toy drive, she handed us the above bear, which had belonged to one of her sons. The charity couldn’t take used toys, so we anointed him Paul and placed it in my son’s bed. He’s been there ever since—and telling Elaine of his name brought a twinkle to her eye.

Despite her general spunk, there was this profound weightiness to Elaine that showed itself late at night. See, I used to take these 11 pm runs through the neighborhood, and oftentimes when I returned home I’d hear a loud noise from the second floor of Elaine’s house. It was, I’m pretty sure, always the same thing: Music composed by Paul, who worked as businessman and songwriter. Cliche be damned, when Paul died, a huge piece of Elaine died, too. She would listen and listen and listen to his music; the ultimate slice of pleasure-heartache. We actually once had a conversation at her front door—Elaine was feeling down and lonely, and confessed to me that, all things being equal, she’d prefer to be dead. “I want to be with Paul,” she said. “With my husband.”

Earlier today, I was told that Elaine passed on Saturday. She was 88 (Elaine never told us her age). Although I’m sure she was relieved to reach her final days, and return to Paul’s side, I can’t help but feel profound sadness.

Elaine Klein started as our neighbor, and became a dear friend.

I won’t forget her. 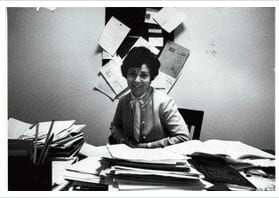 PrevPreviousJappy Princess
NextI Was There! (a book excerpt from Eric Mirlis)Next