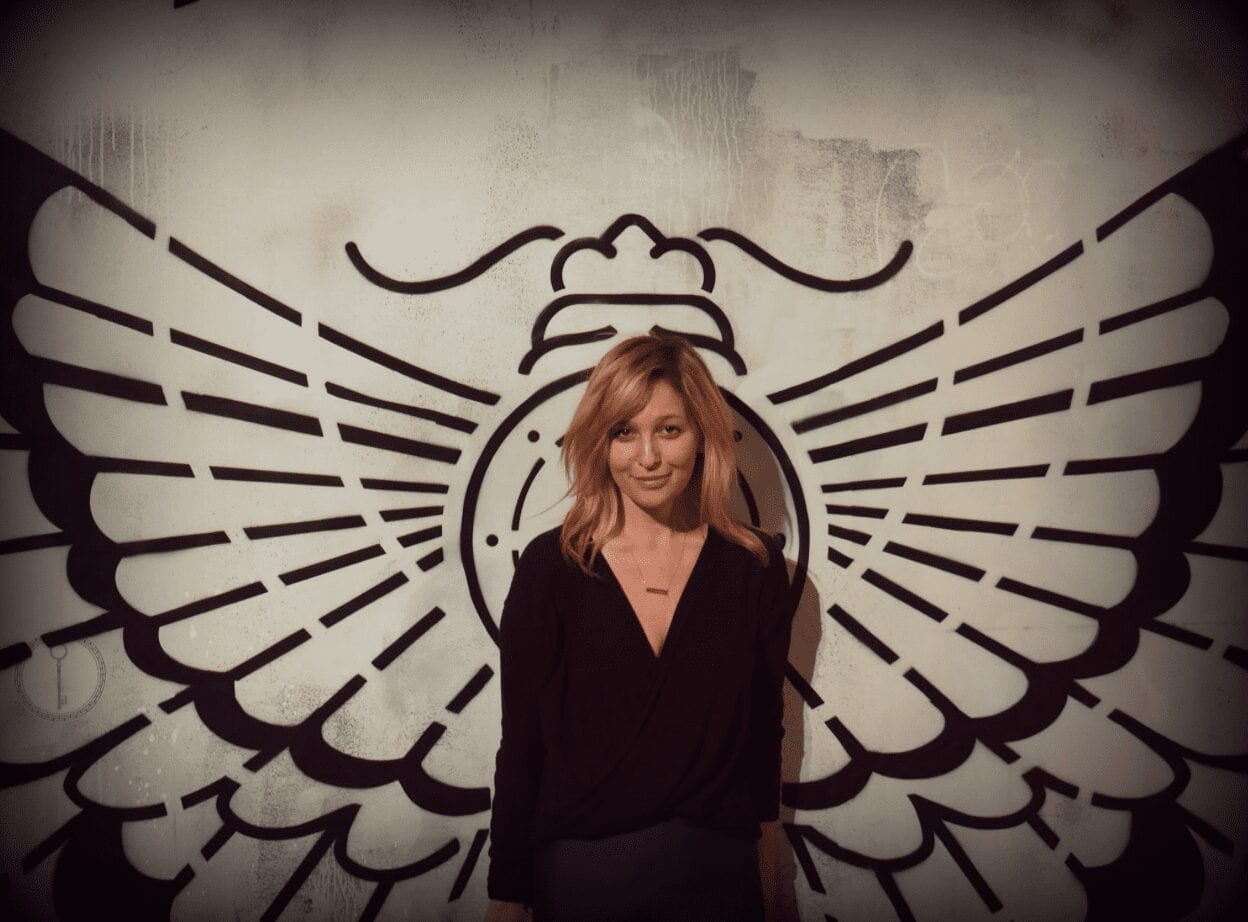 A bunch of months ago I served as a groomsman in my sister-in-law’s wedding.

It was good stuff—lovely people, family, excellent food, killer band—and I walked away feeling … well … hmmm. How did I feel? Happy, certainly. Stuffed? Without a doubt. Hung over? A tad. But mainly exhausted. The whole thing was tiring, and that night I collapsed into bed and didn’t wake for another 12 hours.

The point: While weddings are terrific, they can also beat the crap out of a person.

Today’s 296th Quaz Q&A is the world’s best (and first) professional bridesmaid, which means she specializes in making a woman’s wedding go as smoothly as possible. If you’re thinking, “Um, what the hell qualifies one to become a professional bridesmaid,” the answer is, among other things, compassion, devotion, empathy … and the experience of appearing in a shitload of wedding parties. That’s Jen’s calling card, and along with reading about her adventures in the Quaz, and on her website, you can purchase her debut book, Always a Bridesmaid (For Hire). (PS: Because it’s Valentine’s Day, check out her excellent blogpost on surviving the day).

Today, Jen breaks down wedding highs and lows, the best songs to play at an event and how she’s been able to cope with the breakup of Jordan Sparks and Jason Derulo.

JEFF PEARLMAN: OK, Jen, I’m gonna start with a question sorta unrelated to anything. I just watched a very touching video of you seeing your book for the first time. You take the viewer through the experience—envelope on your lap, ripping it open, etc. Euphoria, giddiness, etc. But I wonder—and this isn’t a criticism, but a serious question—why would you share such a personal, individual moment? It just seems like nowadays we feel compelled to share everything with everyone—and I’m probably as guilty as the next guy. Why do you think that is? Is it ego? Is it PR? Is it a mental adjustment to social media? Simply a need to connect?

JEN GLANTZ: I’m glad you asked. I have been waiting for the moment when I’d be able to hold a book with my name on it since I was probably 6. I was obsessed with going to the library, reading books, and writing my own mini-stories in the margins. At a very early age, I knew I wanted to be a writer. It was the only thing I got excited about doing. When I was forced to play organized sports, like softball and basketball, the coaches would have to rip a book out of my hand and pep-talk me onto the field or the court. I share a lot on the internet, mostly funny stories and my most embarrassing mistakes, but this was the first time I shared such raw emotions, in a video, for complete strangers to watch. I did it as a way of explaining my story, my struggles, in hopes of inspiring others to never give up, even when it seems easier to just do that.

J.P.: You have a business, Bridesmaid for Hire, that seems really funky, really cool—and a little perplexing. So, as you write, “weddings can be stressful and sometimes it takes an outside perspective to provide decisiveness, problem solving and support in chaotic situations. I’m not here to replace your BFF’s, I’m here to make your wedding adventure stress free.” Jen, isn’t that what the bridesmaids are actually for? Isn’t that what they do?

J.G.: If you’re lucky—yes. But not everyone has friends who they can rely on or even friends who know what to do for you on your wedding day. Relationships are complicated and here you are, about to get married, asking your closest friends to stand by your side, spend a lot of money, and do a lot of tasks they may not have time or energy to do, and expecting it to go flawlessly. That’s mistake number one.

J.P.: Along those lines, can you explain—in as much detail as possible—why so many brides get so nutjob insane when it comes to the wedding? My wife was terrific—chill, calm, relaxed. So when I see women freaking out, yelling, snapping … I’m a bit perplexed. I mean, it’s just an event, no? And, along those lines, do you think people tend to build weddings up too much?

J.G.: Weddings have gotten out of control. A lot of that has to do with people trying to maintain traditions from years ago that have no meaning anymore and are heavy on their wallets. You don’t have to wear a white dress, walk down an aisle, even toss a bouquet. You do that because that’s what everyone else has done before you. I also blame this on social media. We see what everyone in the world is doing for their wedding and we want bigger, better, more like-worthy on Instagram. Because of that, people go bonkers when planning their wedding. They are throwing themselves the most expensive party of their lifetime. That’s a headache Advil can’t cure and your BFF’s don’t want to hear about on repeat.

J.P.: Serious question—do most people want to be in weddings? Because, if I’m being honest, I cringe when asked. It means time, it means money, it means events I don’t really want to attend. I know I sound like the world’s biggest dick … but does that make me unique?

J.G.: I think they do, the first time. But after the second, third, fifteenth time, I think most people would prefer to be a guest. Being a part of the wedding party is expensive, takes a ton of time, and can be a very stressful process. Being a wedding guest, can still be expensive, but at least nobody will bother you when you spend 95% of the wedding at the open bar.

J.P.: Gimme the craziest story from your career.

J.G.: Five minutes before the wedding is supposed to begin, the bride pulls me into an empty room, locks the door, and says: I hate the groom. I don’t want to get married. Meanwhile, she had 150 guests sitting in chairs waiting for her to take her first steps down the aisle.

J.P.: In December you wrote a great blog post on wedding toasts—and what to do and not to do. What’s the absolute, 100-percent awful disaster thing one can do while giving a toast? Like, if you were saying to someone, “Here’s exactly what your speech should not do …” what would you include?

J.G.: Use inside jokes. Remember, you are reading the speech in front of a group of people, not just one on one with the bride. If even 1/3 of your speech are memories and laugh out loud moments that will only have you and the bride laughing – you need to reconsider what you’re saying to include the whole audience.

J.P.: How should one handle the overly intrusive parent when it comes to the wedding? You know who I mean—1,000 opinions a second, wants it her way (and she’s paying), etc …

J.G.: You can fight the “It’s my wedding and I’ll do what I want” fight – but then the funds for the wedding should come from your pockets – and your fiance’s too. If you’re letting a parent pay for the wedding, they’ll feel like they can jump on the decision making bandwagon and then the headaches will occur.

J.P.: Someone hires you. You know—100% know—this person should not be getting married. The guy is an abusive dick. Or she’s clearly immature. Or … whatever. How do you handle it? Would you ever say anything? Have you ever said anything?

J.G.: It’s not my place to question the love between two people – unless i’m asked. In that case, yes I will be honest. I’m no good at keeping my mouth shut.

J.P.: How did this happen for you? What I mean is, what’s your path—birth to now, as far as this career and this movement? Did you have a lightbulb moment?

J.G.: I always wanted to be a writer. I majored in English. Worked for a sorority as a consultant my first year out of college (plot twist #1), then I worked for a magazine as an assistant, followed by a job in PR, and then a job as a tech start-up copywriter. During this time, all of my friends got engaged. Not exaggerating. All of them. I was a bridesmaid more than half a dozen times when one night in particular, two of my “distant” friends asked me to be a bridesmaid. I went home and told my roommate and she said to me, “You’ve become a professional bridesmaid.” That’s when It hit me – maybe I could do this for complete strangers. Maybe I could be a bridesmaid for hire.

J.P.: You specialize in helping people chill. I’m asking this seriously—right now many of us are losing our shit over Donald Trump and all the stuff he’s about to fuck up. How should we chill? Should we?

J.G.: We have to stop taking every single thing so seriously. Really, we’re upping our blood pressure far too much. Don’t believe everything you read. Don’t spend every single second of the day reading your Facebook newsfeed either. Live your life because every second you’re not and you’re losing your cool, you’re wasting your own precious time.

• One question you would ask Will Smith were he here right now?: Do you believe in aliens?

• Tell me about the coolest wedding you’ve ever attended: They had a french fry bar—which may seem underwhelming, but what else would you want to eat at 11:30pm, after a couple of drinks, and too much dancing, than unlimited french fries? I guess pizza would have been a great option, too.

• Celine Dion calls. She wants to cast you in her new made-for-TV film: Celine Dion and the Dragon of Fire. You’ll be paid $5 million to play the dragon, but you have to live in Celine’s guest bedroom, wake every morning at 4 to bake her dog cookies and you have to wear the same T-shirt for the entire six months of shooting, one that reads, WESLEY WALKER IS MY SAVIOR. You in?: I’ve always wanted to play the dragon, so yes, of course I am in!

• Three memories from your first date: 1. We were supposed to meet at the movie theatre to see the movie “50 First Dates”; 2. We both got the location wrong and ended up at different movie theaters; 3. We called the whole date off.

• Describe your emotions when Jordin Sparks broke up with Jason Derulo: Phew.

• Are you comfortable with death as an ending? Why or why not?: We can hardly choose how or when our story ends. We can just write our living hearts out during the beginning and the middle—which is to say live like a freaking superhero and try to have little regrets.