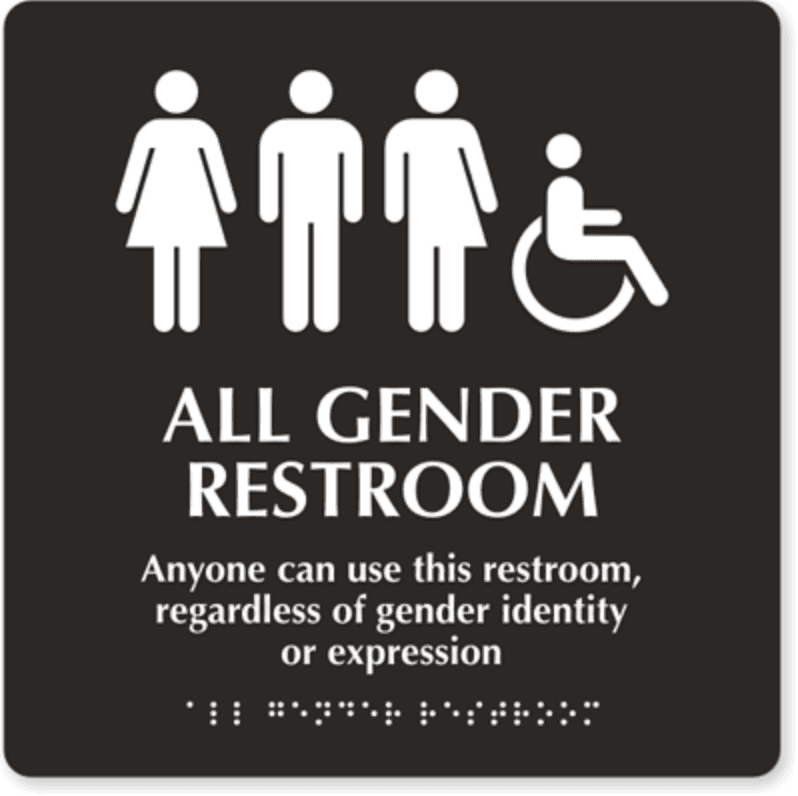 Danielle Solzman, an Orthodox Trans Woman from Kentucky, as well as courageous Quaz No. 247. Here, she breaks down the awfulness of the Trump Administration’s approach to transgenders.

On February 22, the Departments of Justice and Education rescinded the Obama administration order that offered guidance to school districts across the country. In doing so, the Trump administration has not just attacked trans youth, but the trans community altogether.

As actress Laverne Cox so gracefully put it the other day during her appearance on NBC:  “When trans people can’t access public bathrooms we can’t go to school effectively, go to work effectively, access health-care facilities—it’s about us existing in public space.  And those who oppose trans people having access to the facilities consistent with how we identify know that all the things they claim don’t actually happen. It’s really about us not existing—about erasing trans people.”

I’m a transgender woman. I’ve never experienced a single issue when using the women’s restroom in public. Nobody asks to see my genitals and I sure as hell don’t pull down my clothing before entering the stall. That’s the thing I don’t understand. If bathrooms are private, why do so many cis people think we are showing other people our genitalia?

I care more about whether you wash your hands than what genitals are under your clothing. I’ve been more disgusted by the number of people I’ve shared a bathroom with and they chose to not wash their hands. It’s rather sad, really.

Trans youth have it worse. While I have to deal with prolonged unemployment because being visibly trans makes it so much harder than a cisgender person to find a job, trans youth have to deal with the stigma that comes with being a trans child. All the extra teasing and bullying is not fun. I was teased and bullied enough while growing up. Had I come out and transitioned during middle or high school, you wouldn’t be reading this right now because I would have killed myself from the added teasing and bullying. Some people from high school haven’t changed and I’ve removed that toxicity out of my life.

I can understand the concerns relating to the locker room and that’s something that does need to be resolved in a way in which students are not being singled out for being transgender. I never had to deal with locker rooms in middle or high school. Enrolling in band class got me out of PE in middle school while taking the summer school PE/Health course meant not having to worry about changing it front of others in high school.

In my just under 32 years of presenting male, I was never ever comfortable changing in the locker room. I either changed in the bathroom stall or I waited until I went home. There was one youth group convention that took place at the JCC with community showers. It was one of my most uncomfortable moments. Never mind the fact that I’m a straight trans woman who was uncomfortable with my sexuality way back when.

Transgender people have been using the bathrooms since the dawn of time. Let us use them in peace. I’m not a threat to anyone when it comes to the restroom. Nope, I’m a threat to other comedians when it comes to stage time and pitching television comedy series or movie ideas.