The Academy Awards and Donna Gargano 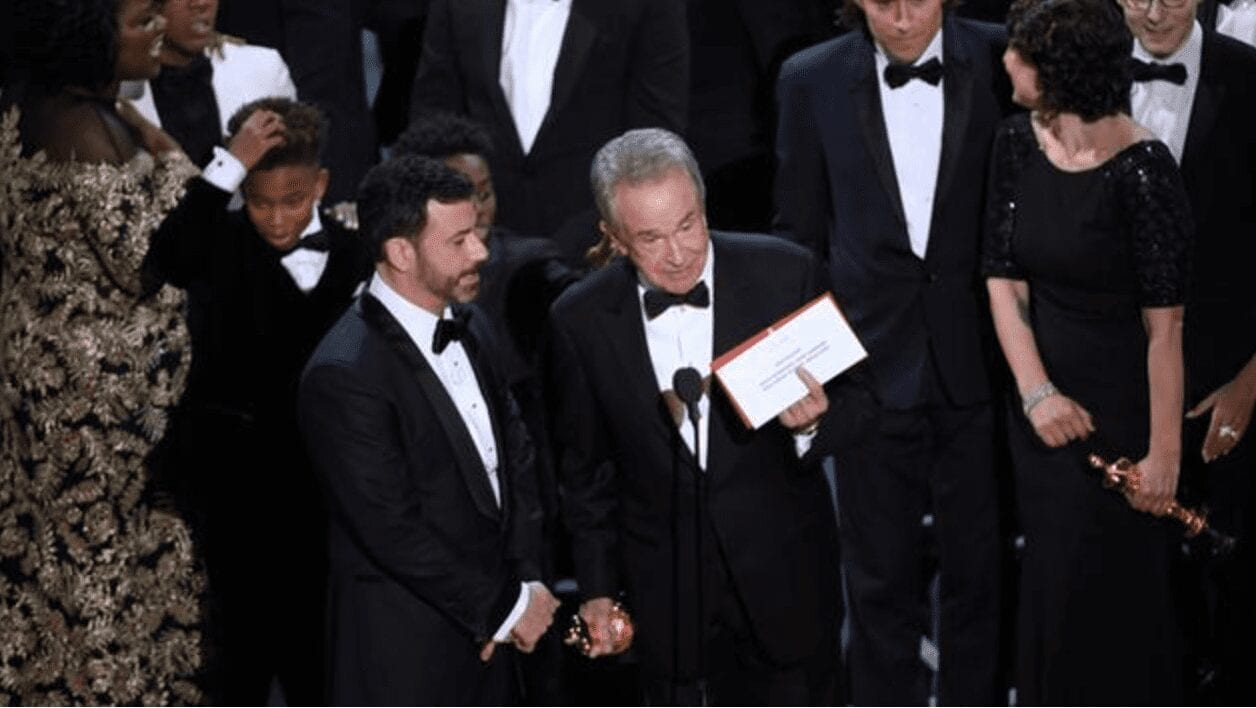 This is nothing extraordinary. I think every little kid’s go-to curse is “shit,” until “fuck,” “bitch” and—ultimately—”motherfucker” joins in the fun.

Anyhow, at that age one of my best friends, Dennis Gargano, lived two houses up on Emerald Lane, as did his parents, his little brother and his older sister, the lovely Donna.

Now, every boy on the block had a crush on Donna Gargano, yet none of us knew how to show it. So one day, while playing with Dennis, I took a break to write Donna a note and slide it beneath the door of her room. It read: EAT SHIT DONNA!

Mrs. Gargano sent me home moments later, and that evening my mother made me call to apologize.

I bring this up because, earlier this evening, millions of us witnessed the greatest fuckup in the history of the Academy Awards. And at some point during the Best Picture nightmare, somebody inside that building was experiencing the modern-day equivalence of having to call Mrs. Gargano to apologize. He or she knew that it was their screwup; that their career was over; that they had made history was a mess-up of epic proportions.

I feel for that person. I truly do.

Interestingly, the mangled Best Picture moment was simultaneously embarrassing and wonderfully entertaining. As was the show. I would say Jimmy Kimmel owned the night. I thought Sting was marvelous and Sara Bareilles even better. The tourist bus skit was fantastic. Here are some other quickie observations:

• I’m not sure if it’s because we know he’s psychotic, but Mel Gibson always looks psychotic. His ubiquitous Redrum grin is psychotic. His arm around a 12-year-old pregnant girlfriend is psychotic (she’s actually 26, and a decade younger than Gibson’s oldest child). His exuberant answers to questions are psychotic. Long ago, during the Lethal Weapon days, Gibson was the coolest guy on the planet. And bread was once a nickel.

• I saw “Loving” on the flight home from New York earlier today, and I’m at a loss how it only scored one nomination. Ruth Negga would have been my choice for Best Leading Actress, and for Joel Edgerton to not have even received a Best Actor nomination was criminal. Favorite flick of the year.

• Along those lines, everyone in my house agreed Negga was the most gorgeous participant of the night. Here …

• There was a truly cringe-worthy moment during the fiasco at the end, when one of the “La La Land” producers thanked his “blue-eyed wife” during his non-victory speech. Social media had a field day and, well, I think it’s unfair. It seems unlikely the guy was being racist, or even slightly racist. He almost certainly just thinks his spouse’s blue eyes are beautiful. Nothing more.

• Where the hell was Will Smith? That guy never misses the chance to show his face at an award show. Will? Will!

• I know this sounds bad, but I really disliked Viola Davis’ speech. I just thought it was weird and rambling and hard to grasp.

• I thought the Leslie Mann-John Cho pairing was the funniest part of the evening. Alas, I can’t find video.