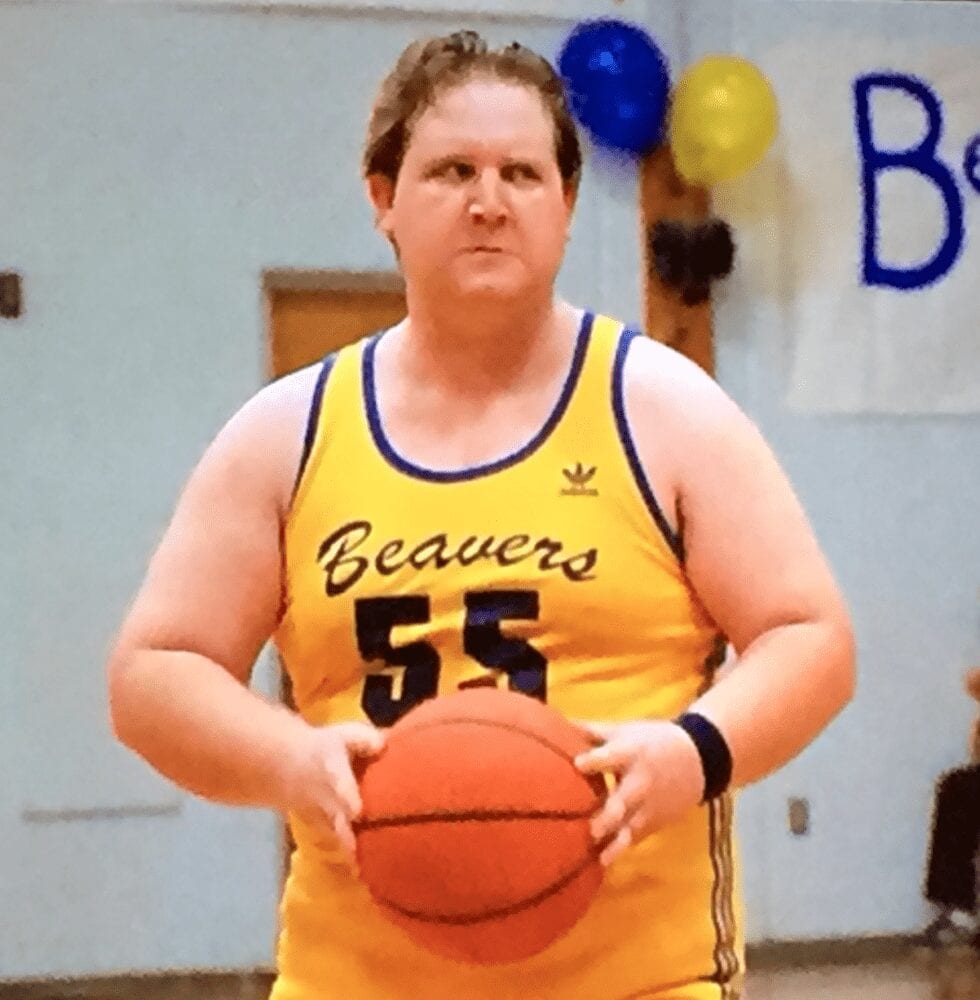 Earlier tonight I talked my kids into watching Teen Wolf, the 1985 film starring Michael J. Fox as an overlooked high school nobody named Scott Howard who becomes a wolf and then emerges as an overnight sensation

Casey and Emmett were rightly skeptical.

The 1980s were, with obvious exception, a bad time for film. Sure, you had E.T., and a couple of Star Wars, and Raiders of the Lost Ark. But most of the offerings were of the Teen Wolf-ilk, which is to say cheesy, sloppy and lame. Yet, really, I shouldn’t have written that last sentence, because while Teen Wolf is painful in no less than 8,654 ways, it also brings us the acting talents of one Mark Holton, who played Michael J. Fox’s comically overweight basketball teammate, “Chubby.” (aka: “Chubs”).

Now, back in the day you couldn’t find a cinematic comedy that didn’t involve a fat kid to make fun of. It was standard material, and Holton—stubby fingers, Jell-O-like legs, triple chinned—fit the bill. But, if one pays close attention, Chubby is the hero of Teen Wolf, because his ridiculous non-basketball skills and equally ridiculous non-acting abilities distract the viewer from the pure awfulness of the plot.

In a particularly memorable scene—one that I’m linking here—Chubby grabs a key late-game rebound while neither jumping nor boxing anyone out. The ball comes directly to his stomach, and Chubby extends his arms as if to give the world a big ol’ hug. It turns out to be one of the major moments of the championship game, and while the Scott winds up the hero of climatic scene, it is Chubby who deserves the praise (and Oscar) he never receives.

in fact, what is meant to be a comedy turns pure tragedy. With the exception of a small role in Teen Wolf Too, Chubby never again was asked to return to the silver screen. There were no Chubby T-shirts, magazine covers, magnets or TV series. According to a jeffpearlman.com special investigative report, after playing but three games in the Slovenia C-league for a team called Krka Novo, then working as a bouncer at a Milan gentleman’s club, Chubby went back home  to Beacon Hills, where he drank himself to the street corner. He ultimately found  Jesus and met the love of his life, a small puppy named Edward.

Chubby, we miss you.