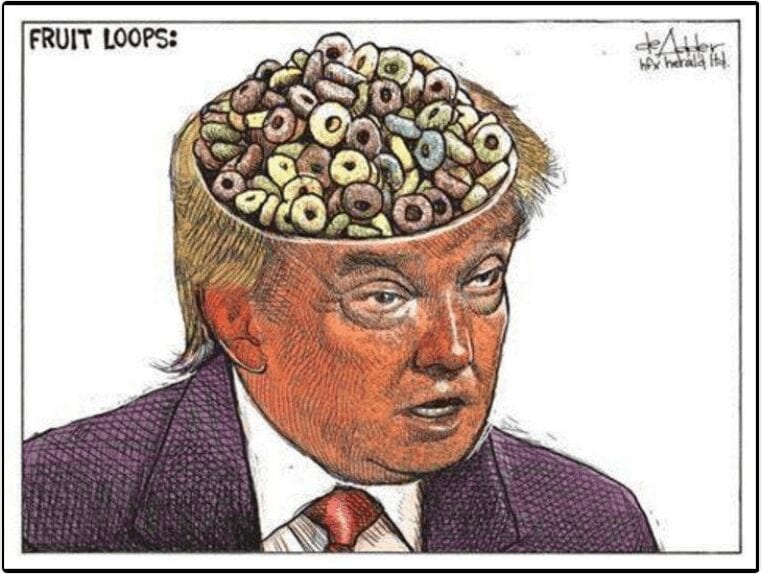 Why? Because the only way to truly expose a conman is by subjecting him to the light. And, for the millions of Americans who still consider this 45th president to be legitimate, there needs to be a full sunbathing. Not merely dumb words, not merely angry Tweets, not merely lies atop lies. No, these people need to see the monster they have brought forth, and—for my money, at least—the new health care plan will do this. Very well.

If enacted into law, the Republican plan will cause millions of Americans to lose their health coverage. It will no longer allow for pre-existing conditions. It will no longer let people up to age 26 remain on their parents’ plans. It will, truly, give power completely back to the corporations, and take it away from those greatest in need. It is a cruel, petty selfish non-approach to not helping Americans, and—were there a God, sitting in judgement of our deeds—it would be as great a sin as murder or rape. That’s not an exaggeration: This plan will, if brought into law, cause many sick people to no longer receive proper coverage, and they will die.

But … hey! The majority of those who will be affected (demographically, at least) voted for Trump. So while I hurt for them, I desperately want them to wake up and see the truth of the orange puddle conman.

PS: I keep saying this, and I wish people would listen. He is a conman. He doesn’t care about you or your issues. Talk to old USFL owners. They’ll tell you …