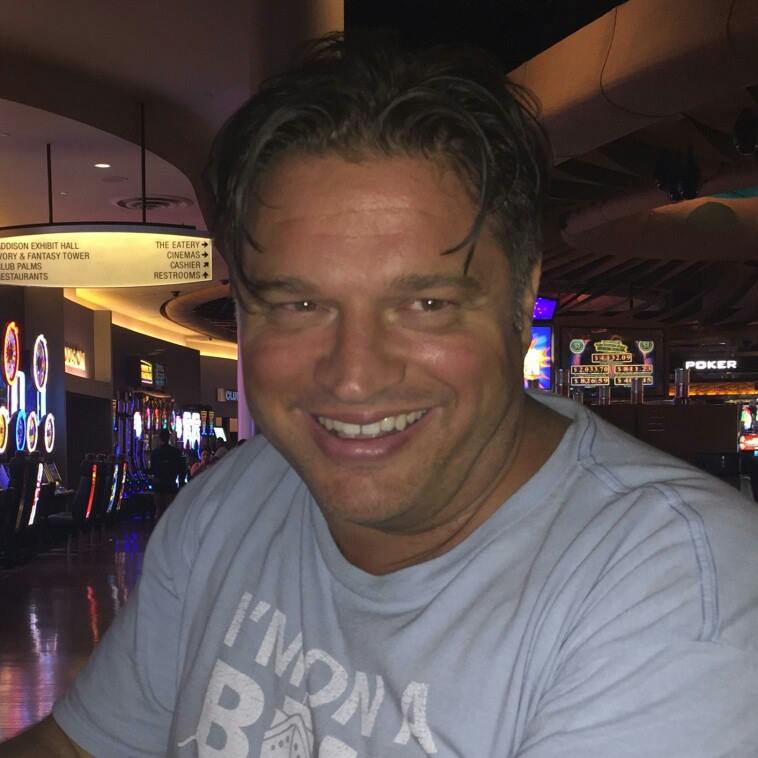 You are experiencing an historic moment in the six-year run of the Quaz Q&A.

• 1. This is the first mini-Quaz, meaning it’s shorter and more condensed.

Last May, Johnny Premier—a Las Vegas-based StubHub ticket return center coordinator—came here to explain why he was passionate about making Donald J. Trump our 45th president. You can read the interview in full, but his main points were (a) business sense, (b) a willingness to do things others won’t and (c) an unencumbered liberty from conventional party politics. And while I disagreed with Johnny as much as one human can disagree with another, I found him likable and passionate (as well as a longtime New York Jets fan). So … hey.

Anyhow, a few weeks ago I DMed Johnny to ask how he was feeling about Trump. I figured he would be content, if not euphoric, so I was surprised to see this … 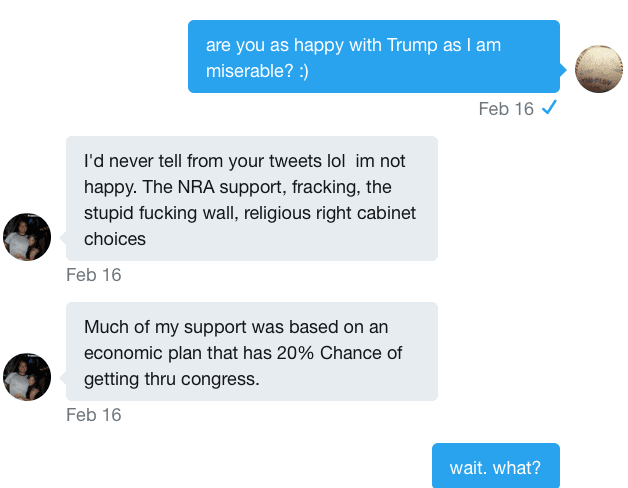 So I asked Johnny if he would return. And, because the guy is standup, he agreed. For those of you clamoring for a Trump supporter to admit, well … eh, it isn’t going so well, here you go. And for those itching to talk shit to Johnny, I ask—beg—that you don’t. He’s extremely good people and (I’ll say it twice) remarkably standup.

JEFF PEARLMAN: When you appeared as the 259th Quaz last May, you were a huge Donald Trump supporter. You Tweeted regularly on his behalf, you argued his case—and now you seem very disappointed. What happened?

JOHNNY PREMIER: Where to begin, Jeff? Trump was a very flawed candidate. I admitted as much in last year’s Quaz. But his tax plan really had me excited and hopeful. He spelled it out on his website, with details. A much flatter tax, a simplification of the tax code, and a narrower scope of government in general. Reducing taxes for small businesses, cutting wasteful spending in the budget, the elimination of the “death tax”—these were all in his platform as key components of how he would govern. Trump was very specific about it.

So what did his budget feature? A bunch of tax breaks for big business and the wealthy, including industries that are unfriendly to the environment—the coal industry being the latest. I was glad to see that his tax bill contained $6.2 trillion in tax cuts. According to the TPC, of that, the richest 1 percent Americans will enjoy 47 percent—approximately $3 trillion in cuts. The middle class—defined as the 60 percent of taxpayers in the wealthiest 20-to-80 percent of the population (which to me is fair)—will receive only 20 percent of the tax cuts combined. Also, a tiny tax break for small business, unlike what was promised.

Trump now has this huge platform to campaign for the simplification of the tax code for the poor and middle class, and he doesn’t use it. I believe that if he focused his energy on this, Trump could have solidified his Republican base and achieved a legislative victory that would have a huge (OK, huuuuuuge) positive impact. This appears to be a low priority.

On health care, during he campaign Trump was very vague and promised no specifics. Then he released his plan and we understood why. 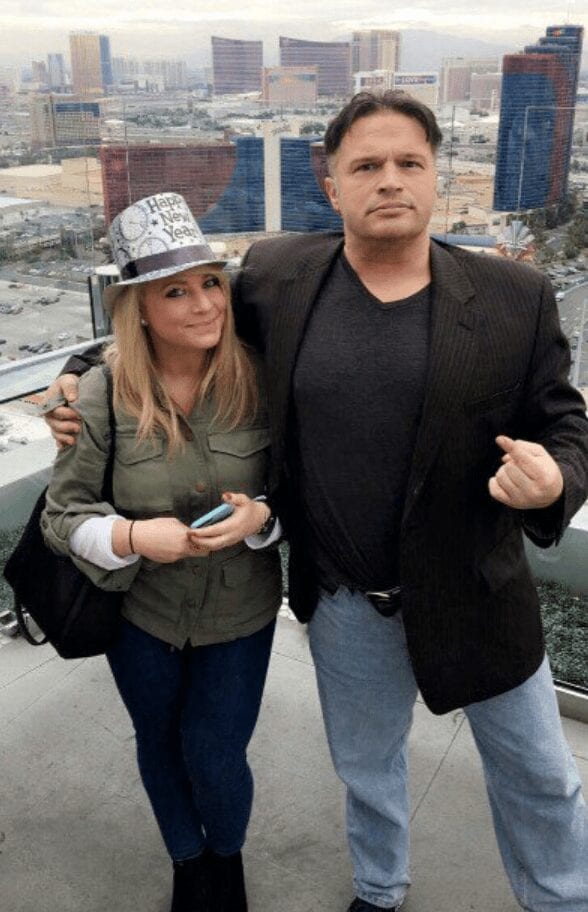 JEFF PEARLMAN: Serious question—I know many people who didn’t vote for Trump who are r-e-a-l-l-y unforgiving of those who did. They say, “Look, this was obvious and your vote helped put this guy in power.” What do you say to them?

JOHNNY PREMIER: I really don’t care what the people who chose to nominate Hillary Clinton think. The election’s over, so there’s no point rehashing why she was such a toxic, corrupt candidate.

To those who pushed to nominate Bernie Sanders, I say, you should be mad at the Democratic Party establishment. Bernie at least had a clear vision and appeared not to be corrupted by Washington. But it was interesting that as soon as Sanders’ campaign started to gain momentum, most of the big name Democrats—including Obama, the large donors, and most of the biggest name celebrities—rallied around Hillary. In many instances, this was due to favors the Clintons have done for them in the past. Well, you reap what you sow.

Head to head, I believe Bernie Sanders would have beaten Trump, and the polls at the time showed that. Even though I disagree with Sanders on most economic and states-rights issues, I’d have considered voting for him as I am pro-choice and gay rights, support gun control, etc.

JEFF PEARLMAN: Are there some things you believe Trump has done well? If so, what?

JOHNNY PREMIER: There are about 500 executive branch positions that Trump hasn’t nominated anyone for. Trump told Fox News: “A lot of those jobs, I don’t want to appoint, because they’re unnecessary to have. I say, ‘What do all these people do?’ You don’t need all those jobs.” I loved this sentiment. Along those lines, he has ordered federal agencies to cut two regulations for every new one they propose. Great!

A few other under-the-radar things I liked: Killing the Trans-Pacific Partnership trade deal, which would have been a huge power grab for Congress, and slashing federal funding for so-called “sanctuary cities.”

JEFF PEARLMAN: You seem terribly disappointed, and I do feel for you. Is it just about Trump, or about politics in general? Have you lost hope?

JOHNNY PREMIER: “If I’m President, I don’t think I’d see any of my golf courses again. I just want to stay in the White House and work my ass off.” This is from a video taken last year! Hope?

I think the end result of 2016 will be both parties putting an emphasis on “safer” presidential candidates. Trump and Clinton each had an unprecedented amount of baggage. I mean, I really thought the Billy Bush tapes were going to end Trump’s bid.

I’m not sure “safe” is a good thing, in that there’s so much wrong with our political system and so much waste in federal spending, that it would take a dynamic leader and approach to change that. Trump’s greatest strengths as a candidate were his ability to inspire people, manipulate the media and win the PR battle. There have been so many examples of awful PR that the Trump administration has largely brought upon itself. From the $400,000 it costs for his wife and son to live in New York City, to the picture Mike Pence tweeted last week of all white, older men sitting a table determining women’s reproductive rights. Jeff, I know you have a long list!

The one thing that the national media is doing right is documenting Trump, and calling him out when he frequently contradicts himself. The problem is, people are reading newspapers less and less these days, and the ratings for network nightly news is in perpetual decline. So we have an electorate that is educated through soundbites, satire and word of mouth. That’s how President Donald J. Trump happens.

And yeah, it’s all very discouraging if you care about our country’s future. 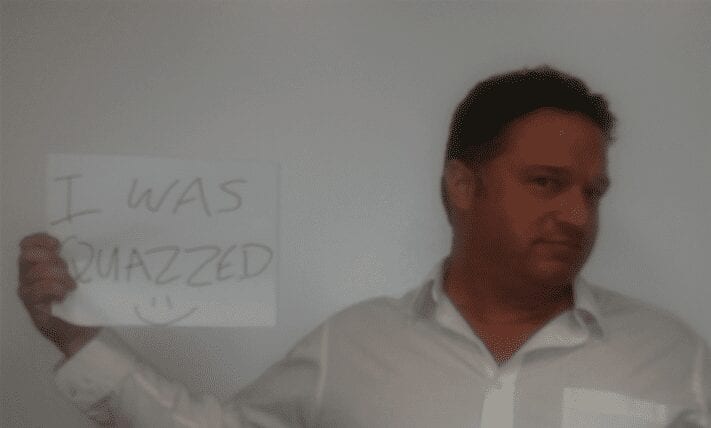 JEFF PEARLMAN: How do you feel about the Tweeting, the mocking? It didn’t really bother you during the campaign? Is it different now that he’s president?

JOHNNY PREMIER: It is very troubling. First, a quick temper, which we already knew he had (remember the never-ending Rosie O’Donnell feud?). That is not comforting when Trump has nuclear codes. Second, it shows he will always put his personal business interests above the electorate. And that is very different as a private citizen vs. as POTUS. Trump has shown no signs of maturing or appreciating the enormous responsibilities he has now.

The worst part is that these feuds he carries on with Vanity Fair, Nordstroms, the New York Times, CNN, etc – these are American companies run by American voters, who he represents whether he agrees with them or not. Of course, the unintended consequence is that liberals rally behind those companies to spite him.

JEFF PEARLMAN: I have to ask—do-over, are you voting Hillary? Jill Stein? Johnson? Trump? Monty Brewster?

JOHNNY PREMIER: Love the Brewster’s Millions reference! Lets play the Yankees! Richard Pryor was a comic genius, even though he mailed in that performance a bit.

It’s interesting that your options did not include Gary Johnson, the Libertarian candidate who made the ballot on all 50 states [JEFF’S NOTE: I did mention Johnson. Johnny just missed it. These things happen]. The Johnson/Weld ticket never gained much traction, even though they put forth some great ideas. Johnson made two huge public gaffes on foreign policy over the summer. His campaign never recovered from that, and Johnson was not a charismatic guy to begin with.

But if given a do-over I’d “waste” my vote on Johnson/Weld.

JEFF PEARLMAN: What would you say to the president were he to show up at your place of business tomorrow?

JOHNNY PREMIER: I don’t think he’d listen to what I have to say, unless I had a chip to barter with him. It would be an exercise in futility.

• Are you comfortable with Todd Bowles as Jets coach?: Yes. I thought in 2015 he got a 10-6 record out of a team with seven-win talent. Last year there was only one game the Jets appeared to not play hard, the Monday Night loss at Arizona. He is obviously a smart, prepared guy who the players like and work hard for. My frustration is with ownership and management, from Woody Johnson on down. So many poor choices in free agencies and with high draft picks. I haven’t been comfortable with the leadership of this team since Bill Parcells.

• Three favorite dog names?: I’ve had three pet dogs in my life who I was very fond of, so I’ll go with their names. Scout, Lola and Henry.

• Who wins in a 12-round boxing match between you and Jared Kushner?: Of course, I would win! Kushner is a skinny, privileged guy who would get hurt. I don’t believe Harvard’s Fly Club provided him with boxing lessons. Props for marrying Ivanka though. Along those lines, nepotism is such a disgusting practice that America has tolerated from its politicans forever. At some point, we have to demand it stops.

• Four worst places you’ve ever been?: 1. Bronx Landlord/Tenant court, from back in my lawyer days. 2. The kitchen of Vito’s Restaurant in Connecticut, where I scrubbed pots and washed dishes at age 14 for a whopping $3.75 an hour. 3. A thugged-out hip-hop club called NV from my New York City nightlife days. 4. A Wyndham Hotel resort sales pitch.

PrevPreviousIf you watch one thing today, make it this
NextMy new bookNext